Barra’s families come from fishing and agriculture ancestry, so locals are drawn to certain musical styles. Of course, the town’s population includes tourists and expats, who along with locals, like to kick back and groove to banda, norteña and grupera sounds.

All these members of the community, whether part- or full-time, share a mutual “mindset.” With plenty of available talented musicians in the area, bringing in yet another genre of 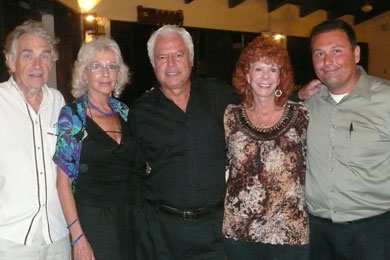 live music was hardly a must. Yet, as an experiment, the Costalegre Rotary Club’s Public Relations committee decided to host nationally known pianist and conductor Antonio Cabrero for an evening of classical, jazz and popular Mexican classics. The more than 50 people who paid to attend the concert described Cabrero as engaging, entertaining and personable. Eduardo Fernandez, Food and Beverage Manager of the Cabo Blanco Hotel, where the concert was held, offered the option to dine with the maestro. The music lovers enjoyed chicken cordon bleu, Caesar salad with a glass of wine, for a reasonable set price.

Was the experiment a success? There are some local Mexicans, expats and tourists who are already asking to attend the next concert and would like to be notified well in advance. Incidentally, ten tickets were donated to local students with an ear for music, as some might not have the opportunity to hear this genre of music live. The experiment also confirmed that music is truly an international language, not confined by geography.

The Red Hat Society is a social organization originally founded in 1998 in the United States for women aged 50 and over.  It is now open to women of all ages. As of 2011, there were 40,000 U.S. chapters and 30 in other countries.  Barra resident Irene Petersen says the Barra Red Hat Ladies started in 2009 when long-time expat Wanda Kuppler asked some local women to gather for a tea party at her home, and to wear an outrageous red hat. 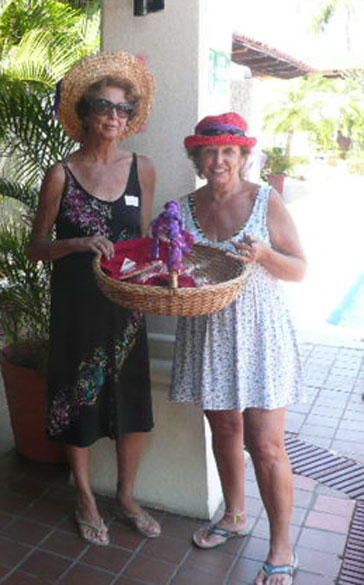 They did and had wonderful laughs at the design concoctions. The first prize for best hat was won by Sally Webber. Soon regular gatherings featuring kooky hats began, the intention being to form a chapter of the Red Hat Society. The next potluck luncheon, held at the home of Ruette Parks, attracted 30 ladies with “hattitudes.” When a name for the group was called for, Sharon Fritz came up with “Sombreros Rojo.”

Says Petersen: “Each of us took turns organizing the events with nobody really wanting to hold offices, nor impose rules. This was simply ‘girls just wanna have fun’ promoting wellbeing with friends and neighbors.”

Petersen and her friend Connie Rundle thought it time to rekindle interest in this form of sisterhood and hold get-togethers regularly throughout the seasons. With 90 or so email addresses on the “interested” list, any lady organizing the event can opt to make it a fundraiser for a cause, or not.  Events to date include: 61 red hats showing up in February 2015 for a swim party and BBQ at Cabo Blanco Hotel. Before that, luncheon at Besame Mucho restaurant, sunset atop the Alondra with cocktails and appies,  beach afternoon at a Cuastecomate  restaurant with a band, lunch at the Grand Bay golf clubhouse, garden party at Roxane David’s home with a local teen dancer to entertain, and a White Elephant Sale at Lise Wiggins home. Pat Quinn remembers organizing lunch at Valeros with a live singer. “The Red Hat Society’s Laugh Lines: Stories of Inspiration and Hattitude” was published in April 2005. Contact: This email address is being protected from spambots. You need JavaScript enabled to view it.

Cisco’s started in La Manzanilla in 2004 with the help of the Antonio Hagenback Foundation of Mexico City, Brave Heart Animal services and the U.S. Humane Society. Since then, 4,700 dogs and cats have been sterilized, preventing the birth of over a million unwanted animals. Twenty-four clinics, most of them lasting five days, have been held in La Manzanilla, Melaque, Barra de Navidad, Rebalsito and Miguel Hidalgo. Veterinarians from Mexico City, trained in the most updated methods by Dr. Susan Monger, DVM, founder of International Veterinarian consultant, perform the procedures. Since all services are free, fundraisers are held regularly. 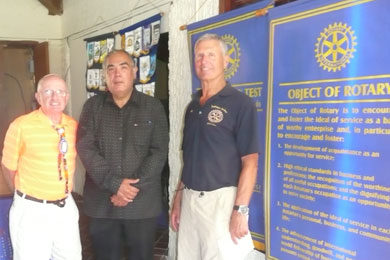 In early March, Roberto Woo, a local medical doctor, addressed the Costalegre Rotary about his interest in waste water management in the area. His presentation revealed that a sewage treatment plant was built two kilometers from Melaque in 2006.  Its ongoing maintenance was funded until 2010 when problems that needed to be corrected were not funded.  From that date until recently, sewage was being dumped. Authorities put a stop to that practice in 2011 and now the sewage is being pumped to the non-functioning plant.

Dr. Woo’s proposed solution is a four-hectare artificial wetland which would treat the sewage in a more sustainable way. This wetlands solution is used successfully in China, he notes.

Woo is attempting to raise awareness of the obvious consequences of continuing to allow unmanaged sewage to seep into areas below the plant. Since local government in Mexico has a three-year turnover, rallying the support has been a problem. With an election slated for June, informing the residents and government officials is beginning to take effect and Woo remains hopeful.

The Romano-British missionary who became Ireland’s patron saint is also the patron saint of San Patricio, one of the three villages that makes up Melaque. Three flags hung in the Jardin during the March weeklong celebrations of San Patricio: the Irish national flag, flag of the San Patricio Battalion, and the Mexican flag.

The close Mexican-Irish bond dates back to the Mexican-American War, when a group of mainly Irish immigrants who had volunteered to fight for the U.S. Army, deserted and joined the Mexican side for mainly idealistic reasons.

The San Patricio Festival provided fun with carnival rides, music and the very late-night “castillos” – castle-like structures made of fireworks that shoot out large rockets. The danger was not daunting to the crowds that gathered, yet the unprecedented two-day-long heavy rains interrupted the nightly ritual.