The spirit of rebellion formed during the Mexican  Revolution, a 10-year affair that ended nearly a century ago, still resonates today in modern Mexico.

The insurgents who executed the coup are revered now as national heroes.  Even the smallest of rural towns is guaranteed to have a street or avenue named after Emiliano Zapata or Francisco Madero.  But sadly it is difficult to find to find many commemorative signs or statues honouring the soladerderas – the women of Mexico, who were in fact the backbone of the Revolution.   The women of the land joined the armies for various reasons; some for political justice and human rights,  some for revenge after family members had been killed by the federal army, others joined to remain near their husbands.  Not all joined of their own free will however. Countless women were kidnapped and forced to join or be shot.

Life was hard for the soldaderas.  The women performed many different tasks during the war.  Besides setting up the camps, foraging for food and cooking for the soldiers, some were used to ease the carnal needs of the soldiers.   It was also the women’s responsibility to nurse the wounded and the sick soldiers.  It was an extremely important role since there was no medical care available and these women were their only chance for survival.  If the army was near a hospital it was also the women’s responsibility to transport the wounded there by pulling the ox carts.  However, the womenfolk were also given many war-like tasks to perform as well.  Some were sent into the enemy camps as spies, gleaning any strategic information that they could to pass on to their commanders.  Hundreds and hundreds of rounds of ammunition were smuggled from the United States into Mexico by the soldaderas who hid them under their skirts.  They were given this duty because they were perceived merely as harmless women and therefore hardly ever caught.  But some women had a calling to an even higher sense of duty and became combatants on the front lines, fighting side by side with the men.  In the beginning these women disguised themselves as men to join the rebel army, and soon demonstrated their merit. Eventually they revealed their gender and continued to fight.  They gained the respect of their generals and rose up through the ranks.  A few even attained the rank of colonel.

Today, Revolution Day is celebrated each November 20 throughout Mexico with a parade.  Each year it is the primary school children, dressed as the revolutionaries, who steal the show.   It is gratifying to know that these  young soldaderas  outfitted in multi-coloured skirts and crossed bandoliers will always remember that their maternal ancestors were not only a vital part of the revolution, but essential to it. 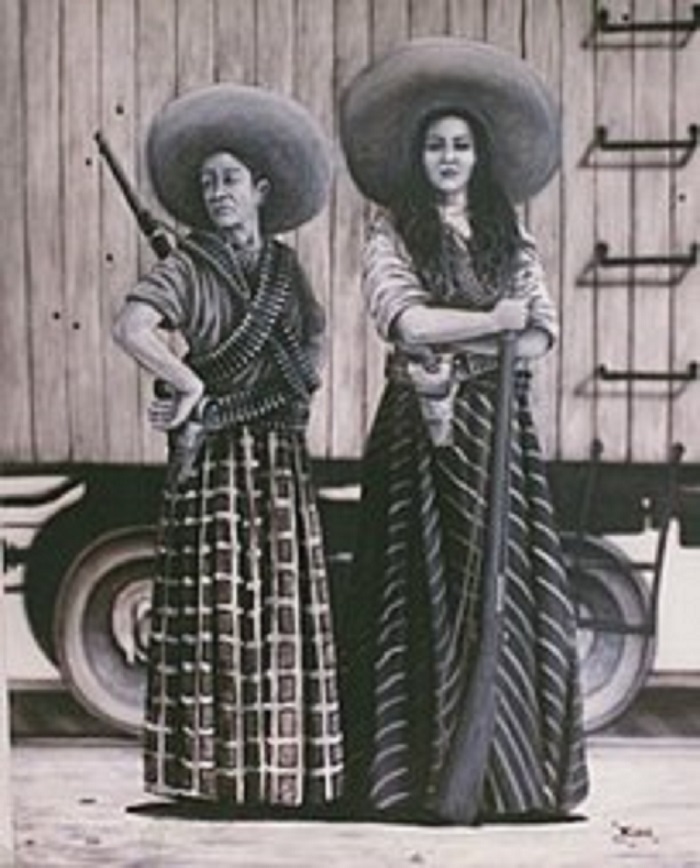 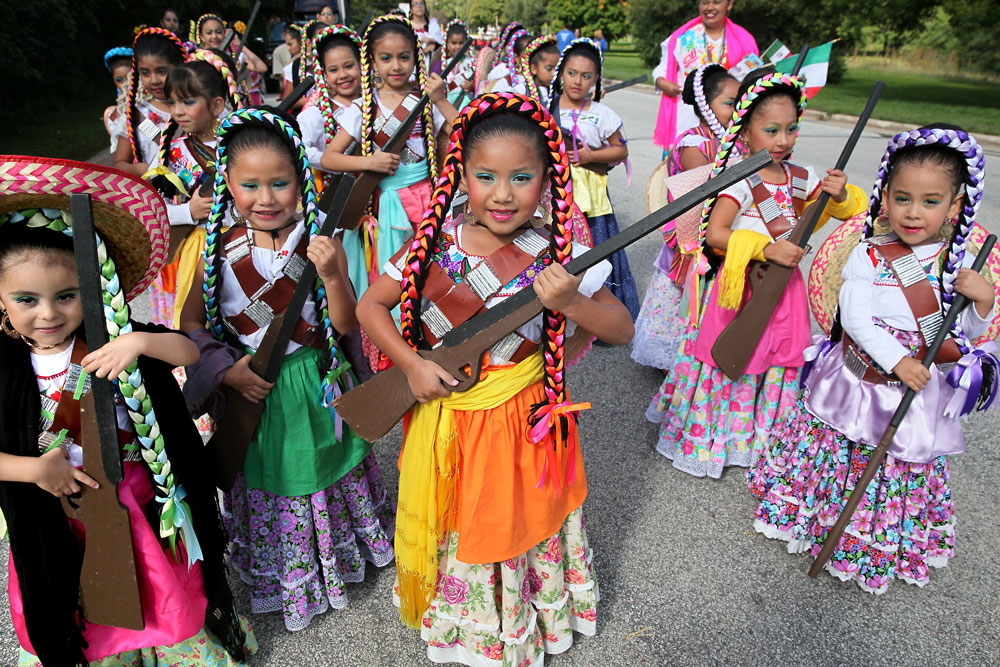 Snacks will be provided by Muy Rico Alimentos and Catering.

Coming up January 12, 2018 will be works by Efren Gonzalez, and Ernesto de la Peña Folch on February 16.

Galeria La Manzanilla has been working with expat and Mexican artists since 2003.

There is no better way to get into the holiday and kick-off the winter season than participating in this fun filled affair.   Not just limited to Christmas trees, the sky is the limit this year!  So let your imagination run rampant, and your creativity shine in producing your own holiday themed handiworks. From trees and decorations to gift baskets filled with home baked cookies and other goodies, it’s your choice. All donations will be auctioned off to the highest bidder in a very competitive silent auction.

The party starts at 6 p.m. on Friday, December 15 at Magnolia’s Kitchen & Drinks, located on the south side of the Jardin.  Cost is 100.00 pesos, which includes scrumptious appetizers and desserts.

The silent auction closes at 7:15 p.m., so come early to have time to view the items and place a bid or two.  All proceeds from this year’s festivity will be donated to Activos Gym.