On Friday, January 12, La Manzanilla residents and visitors were once again treated to another impressive display of new paintings, in both oils and watercolours, by Ajijic native Efren Gonzalez.

This marks the 11th year that Gonzalez has displayed his works at La Galeria.  Well-known throughout Mexico, he has in the last few years been journeying north of the border.  As featured guest artist, more than two dozen of his works were exhibited at the National Autonomous University of Mexico campus in Chicago.  After his annual winter show here in La Manzanilla, Gonzalez was on the road to retrieve the paintings in Chicago. He will take them to Austin, Texas to complete the huge collection of 70 pieces titled “Luz de mi Tierra” that he is assembling for the Mexican American Cultural Center. The exhibit runs from January 27 to March 3.

Gonzalez said he is nervous about this showing as it will be the largest exhibit he has done, in the largest venue of its kind in the United States or Mexico. He will be returning to our sleepy little village on Sunday, March 4 to do a painting demonstration at La Galeria from 5 to 6 p.m.

Over the years, Gonzalez has become a favourite personality in the village. Not just for his artistic talents, his workshops and demonstrations – or his wit and charm – but also for the compassion and concern for others.  Upon hearing of a young boy in town who will require two separate surgeries to save his eye after a nail penetrated it, Gonzalez donated two of his paintings to be raffled off  to help raise the funds that the family so desperately needs. 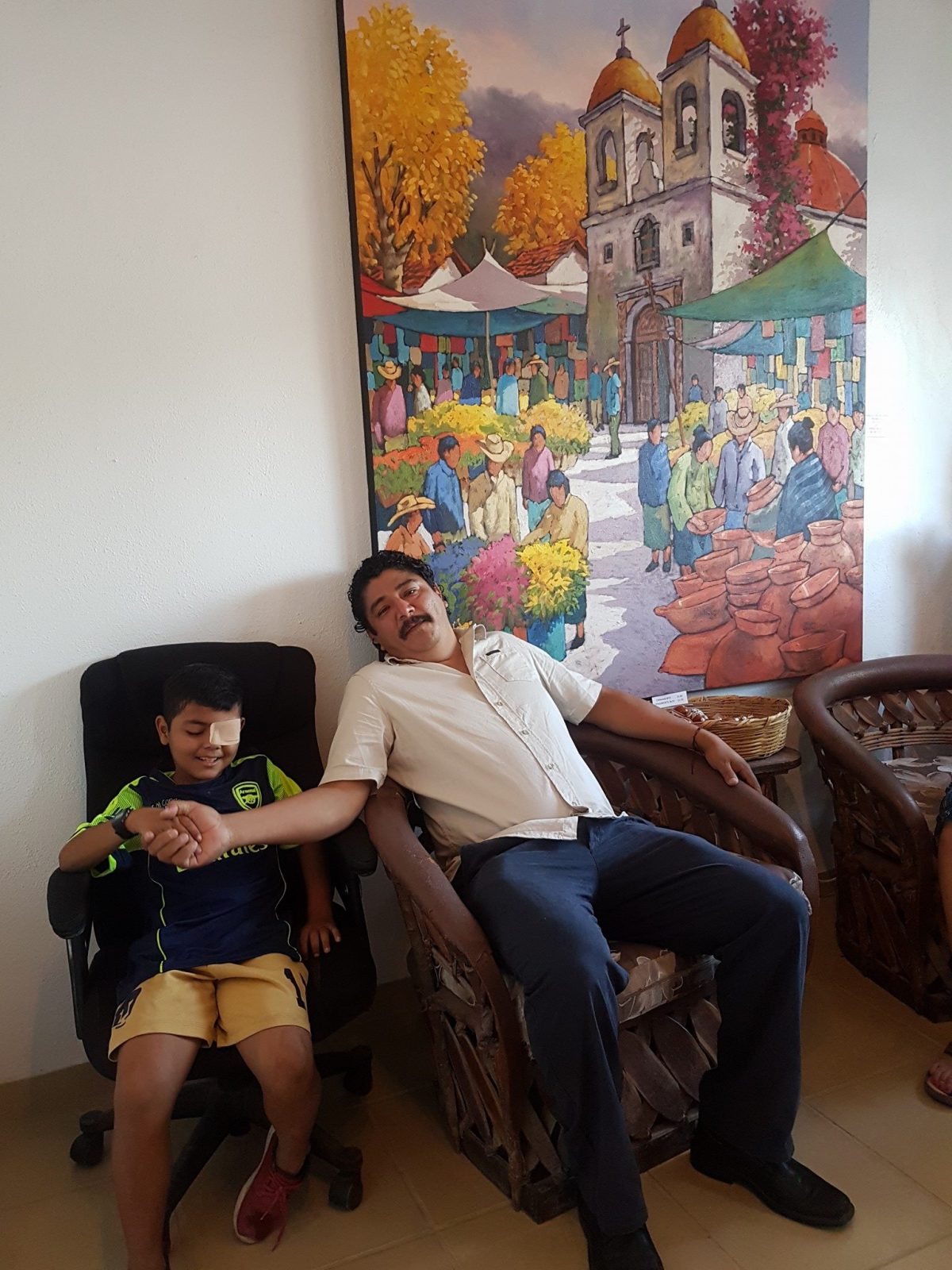 One of the most anticipated events of the season, the Fiesta del Arte La Manzanilla, is almost here.

On Sunday, January 28, our Jardin will be filled with over 20 artists, along with eight Open Artists’ Studios.  Displays of fine art, jewelry, crafts, sculptures, food, music and great fun will surround you at every turn.  Extra buses are being made available for the folks from Melaque. If you are driving into town, parking will be available at the Casino, then a shuttle service will take you straight to the Jardin where you can begin your tour. Maps will be handed out and the volunteers will be happy to answer any questions.   The fun begins at 10 a.m. and runs until 3 p.m.   You don’t want to miss this!

Nadando por Ellos, a first-time event of its kind in La Manzanilla, was initiated by a local couple, Lettie Hernandez and Conrado Martinez Serrano, with the goal of raising funds for five elderly residents in town.

The response for the swim has been awe-inspiring.  Close to 100 people have registered and picked up their pledge sheets. Even those who can’t swim have pledged to walk the alternate two-kilometer trail on the beach.

Several measures have been put in place for the safety of the participants.  The Coast Guard has donated a jet ski and four life guards. Local resident Mike Barby will have his boat in the water, and volunteers in kayaks and paddle boards will be cruising near the swimmers in the case of distress or emergency.  A water station will be set up at the turn-around point on the beach for the walkers.

And Alex Mayberry of Magnolia’s restaurant will be baking energy bars for each participant to enjoy before they start.

The swim/walk will be held on Saturday, January 27, beginning at 9 a.m. from Lora Loka’s restaurant. It should take about an hour to complete.  This is not a race but there are prizes for the highest amounts of money raised by a participant.

Once everyone has returned to Lora Loka’s, there will be food and drink and music to enjoy.   A silent auction will be held thanks to the generosity of many local merchants in town.

The public is invited to come out and cheer on those who have worked so diligently to turn this idea into a reality. 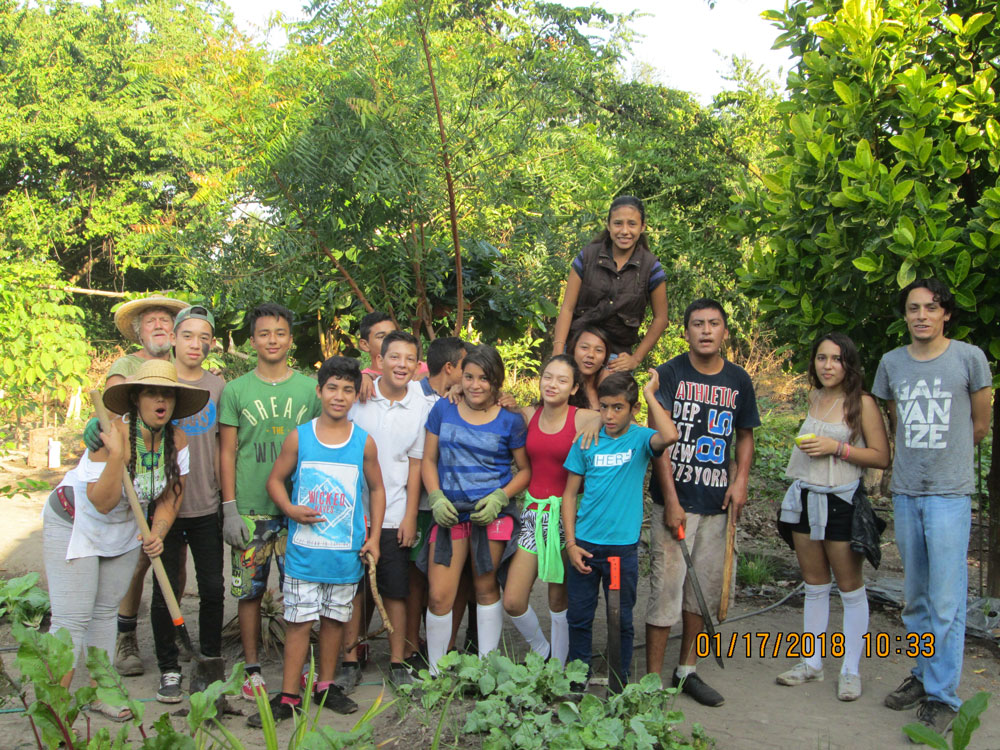 Eco Fest La Manzanilla will be held in the El Huerto Escolar (the student garden) on Saturday, February 10, 4-8 p.m.  Tickets are available at the garden’s stand at the Friday markets.

Your ticket includes a gourmet meal provided by Muy Rico Catering (using the fresh produce grown by the youth gardeners), one beer or cocktail, and the opportunity to fill your re-usable bag with produce from the garden.   Between 4 and 6 p.m. there will be ecology exhibitions featuring regional fauna, guided tours with gardeners, and sea turtle, indigenous insects and animal exhibits from area universities.

Cisco’s Amigos is back!  There will be two spay & neuter clinics to be held this year, one in La Manzanilla and one in Barra de Navidad.  More information and dates will be announced shortly.