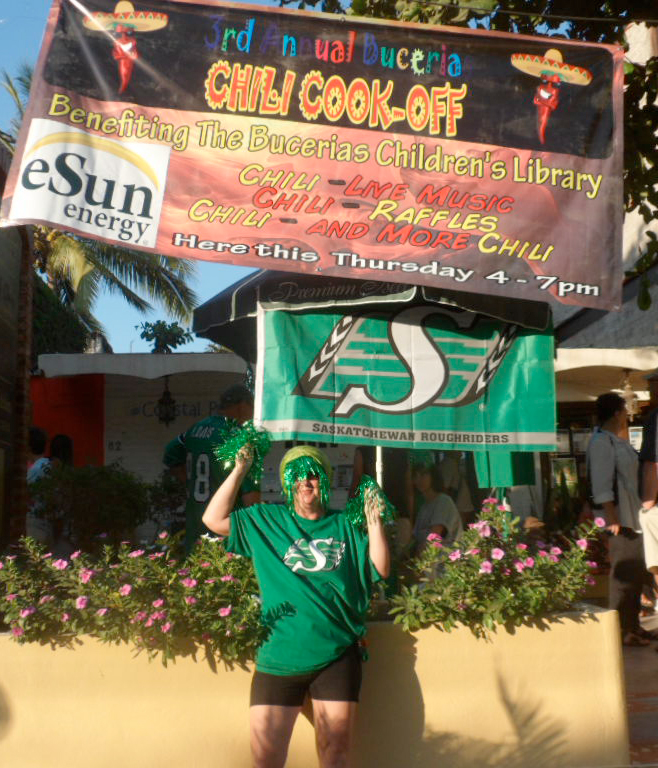 It would be a vast understatement to say that community leaders in the northshore were caught off-guard by the news of the demise of PEACE  (Protection and Education, Animals, Culture and Environment) and its reincarnation as PEACE Punta de Mita, prompting the end of its community programs in La Cruz, Bucerias and other small towns.

Founded in 2005, PEACE Mexico was a nonprofit organization working in Bahia de Banderas and beyond to increase educational and economic opportunities through community development programs in the areas of education, environment, animal health, and economic development.

The changes became effective April 1 and as of this deadline have yet to be publicly announced by Cecilia Parades, PEACE’s recently installed executive director, who replaced longtime head and founder, Molly Fisher, who accepted a job with another non-profit in Mexico City.

The change in operation affects the towns’ programs for recycling, food for the needy and free dog and cat spay/neuter clinics.

Paredes’ only  “announcement” came at a small meeting of six community leaders from La Cruz and Bucerias two weeks ago, held primarily to “clear the air” about rumors of an impending end of the PEACE Action for Food program in Bucerias.

The news from Paredes went far beyond just that.

She confirmed that near the end of March  – “likely April 1” – PEACE programs would be confined to Punta de Mita and the nearby village of Higuera Blanca, due to funding limitations and the reorganization.

The education programs that PEACE operates in its home base of Punta de Mita would be unaffected by the overhaul.

Apparently, PEACE has run into funding problems, due to the declining economy which has affected international donations, while trying to maintain a major social program presence in a number of northshore communities.

According to Amigos de la Cruz member Lori Wilson, a group from Amigos de La Cruz and Amigos de Bucerias are trying to address the issue of discontinuation of the PEACE recycling program.

“For the short-term – one month – La Cruz resident Steve Cross generously offered the service of one of his employees to pick up La Cruz’s recycling,” Wilson said.  He will take material to a recycling center in El Tondoroque, located between Bucerias and Mezcales.

Recycling in La Cruz for the foreseeable future will be for plastic only.

“This temporary support allows us to continue the program while we seek a permanent solution,” Wilson said.

Meanwhile, task forces have been formed for La Cruz and Bucerias.

Wilson said a lot of good suggestions were presented at a recent meeting and both communities feel positive that a long-term solution will be found.

”You can help us in our efforts by using the bins for plastic only and spreading word to your friends and neighbors,” Wilson added.

Until a collection and processing solution can be developed, all recycling bins in Bucerias are being removed from the streets and put into storage at the recycling yard.

The Bucerias Bilingual Community Center (BBCC) has a wish list of things they would like to have donated for the summer or which could be brought when seasonal visitors return in the fall. The BBCC is starting their kitchen and classroom improvements and expansions right away. Please check the website for more information on how to help: www.buceriasbilingualcommunitycenter.org.

Receipts and/or acknowledgements will be provided for all items given. This information will be posted at the BBCC for all to see. If a donor wishes to remain anonymous, that will be respected.

The same goes for any financial donations which are always gratefully accepted.

The BBCC has U.S. dollar and peso accounts, as well as PayPal, which makes it easy for money transfers to be made.

- Personal hygiene items for teenage girls and women who are on a restricted budget and are neglecting basic essentials for themselves, such as toothbrush and paste, soap, shampoo and deodorant.

- Dried/canned food to make into packets for Mother’s Day, for very impoverished local families in the Colonia Las Brisas.  These items will be distributed by the BBCC staff on May 10th.

Please bring these items to the BBCC or they can be picked up.

The BBCC also needs these items:

- Projector for computer slideshows and workshops

The ArtWalk Plaza was buzzing with excitement as people crowded into the courtyard to taste their way through the chili samples. The fun did not stop there, with several 50/50 raffles and the sounds of The Traveling Band adding up to a memorable afternoon.

First place for the best chili went to the Hot Chili Quizzers. Second place was awarded to the Chili Chicks and third place to the UtChi GutChi Girls.

This year’s voting for best chili was very close and congratulations from the organizers go to all of the competitors for their tasty entries. The people’s choice vote for the best Team Spirit Award went to the Hot Chili Quizzers and the special Founder’s Award was presented to the California Pizza Team/Saskatchewan Rough Riders.

The biggest winner was the Bucerias Children’s Library and the kids of our community.

The library board wants to issue a big thank you to the cookoff sponsor, eSun Energy, and to Christy Beguesse, owner of the Broken Art and Art Walk Plaza, for organizing the fundraiser and to her band of volunteers for all of their hard work.

The WesMex International Dinghy Regatta is making preparations for the sailing event to be held from April 18 to 21 at the Vallarta Yacht Club (VYC) in Nuevo Vallarta.

In previous years, the all-volunteer-help regatta was held in February or March, but this year was moved to the later date at the request of Mexican sailing associations, in order to have more favorable wind conditions.

The date change puts the VYC in a difficult position,  as so many of their members and non-member volunteers will  have already returned to the United States or Canada.

There is added pressure, as each year the regatta has grown bigger. This year 200 participants – Optimist, Lasers, 420’s and windsurfers – are expected to race.

They are in need of three things:

n Volunteers to man the race course. They will be trained.

n Dinghy RIBs, 10 to 14 feet in length, to rent out as coach boats. The dinghies will be driven by the coach, who will be very experienced in the use of motor boats.

n Small motor boats to use on the race course. They are asking for the boat to be “volunteered” to the regatta and the event will pay for all gas and cleaning after the event. If you could volunteer to also be the skipper of the boat for the regatta, all the better.

The VYC would appreciate any help you are able to give. Please contact Linda Green at  This email address is being protected from spambots. You need JavaScript enabled to view it. or Janet Coburn at the Yacht Club, (322) 297-2222.