It seems more restaurants than ever are serving traditional turkey dinners this year.

The list, which may not include all the restaurants serving up Thanksgiving meals, includes: 626 Café, Culi’s, Sandrina’s, Mark’s, Karen’s, Encore, Esquina 22, Masala, Los Arroyos Verde, 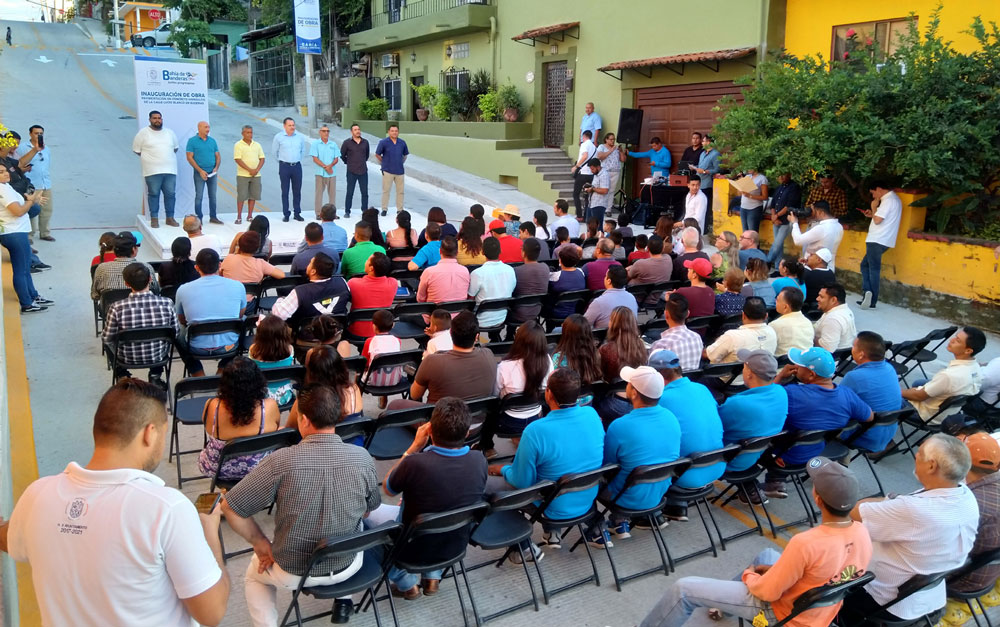 Armando’s Place, as well as Ernesto’s in Jarretaderas, La Cruz Inn in La Cruz and the Vallarta Yacht Club in Nuevo Vallarta.

The Vallarta Yacht Club is once again calling all chefs and chili makers for their annual Taste of Nuevo and Chili Cook-off.

This annual contest takes place on Saturday, December 7, from 4 to 7 p.m.

It promises to be a fantastic afternoon of fun, music, food and drinks, in the stunning location of the Nuevo Vallarta Malecon.

There will be trophies for the best individual cook’s chili, best restaurant chili and best vegetarian chili.

Details of the event and guidelines for participating will be distributed soon. Contact Rodolfo Trejo, Yacht Club manager, at 322-297-2222 for more information.

A volunteer firefighter from the small community of Gillies Bay, Texada Island, British Columbia recently had the opportunity to donate – and deliver in person – five sets of firefighter turnout gear to the Nayarit fire station in La Cruz. 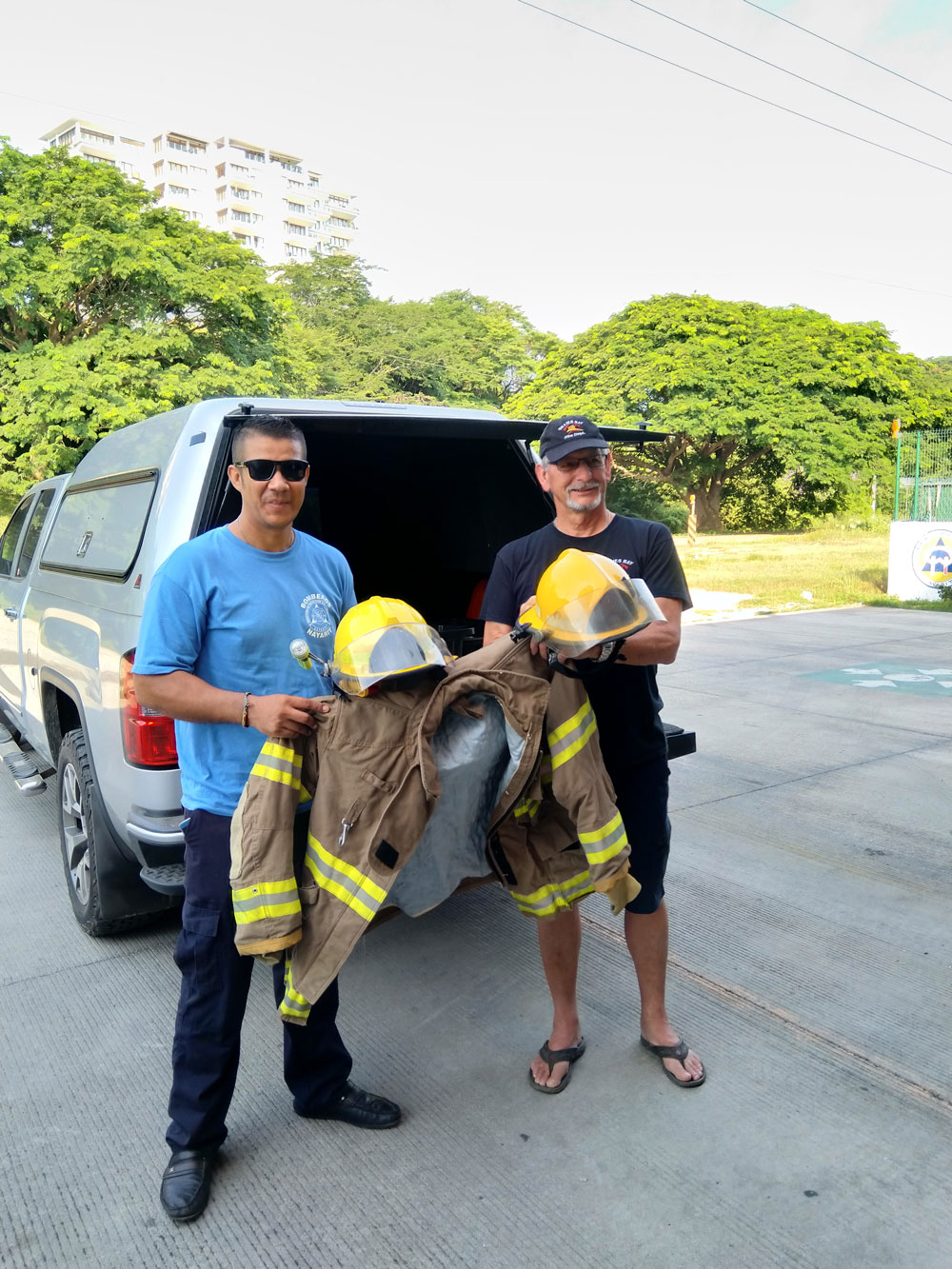 “It came about from a conversation with our Gillies Bay Fire Chief, Rob McWilliam, who, when he heard that I was planning to drive to Mexico this fall, asked if I could find a home for some firefighter gear,” says Ken Becotte, who has previous knowledge of the Bucerias area and the limited resources of fire departments here.

They were able to put together five sets of gear which included boots, bibs, coats, helmets and gloves.

The used equipment is in very good condition and will provide firefighters with additional personal protection during incidents.

“It fit handily into three large plastic bins which I loaded into the back of my covered pickup truck,” said Becotte. “My wife Barbara and I left for Mexico in late October after visiting family in Alberta.”

On arriving in Bucerias, Becotte talked with Vito Mirlocca, a friend with good contacts in the Northshore area.  Mirlocca put him in touch with Guadalajara Reporter columnist Harold Sokolove, who raises funds for local fire department equipment and maintenance by offering souvenir firefighter t-shirts for donations.

Mariscal said most of their firefighter volunteers had no protective clothing, so the donation was really needed.

The Gillies Bay Fire Department is one of two entirely volunteer departments on Texada Island, with numbers hovering around 20 members. The department does weekly practices that include training for live fires, vehicle incidents, air ambulance support, first aid, structural protection from wildfires and the use of equipment.

“As with all fire departments, there is a great sense of comraderie amongst our members, no matter where they are,” said Becotte. “I hope the opportunity comes up again to lend our support to fellow firefighters here in Mexico.”

The Marina Riviera Nayarit in La Cruz de Huanacaxtle will be the site of the Sailor Splash 2019 Welcome Cocktail Party, Friday, December 6, 7-10 p.m. in the marina amphitheater. 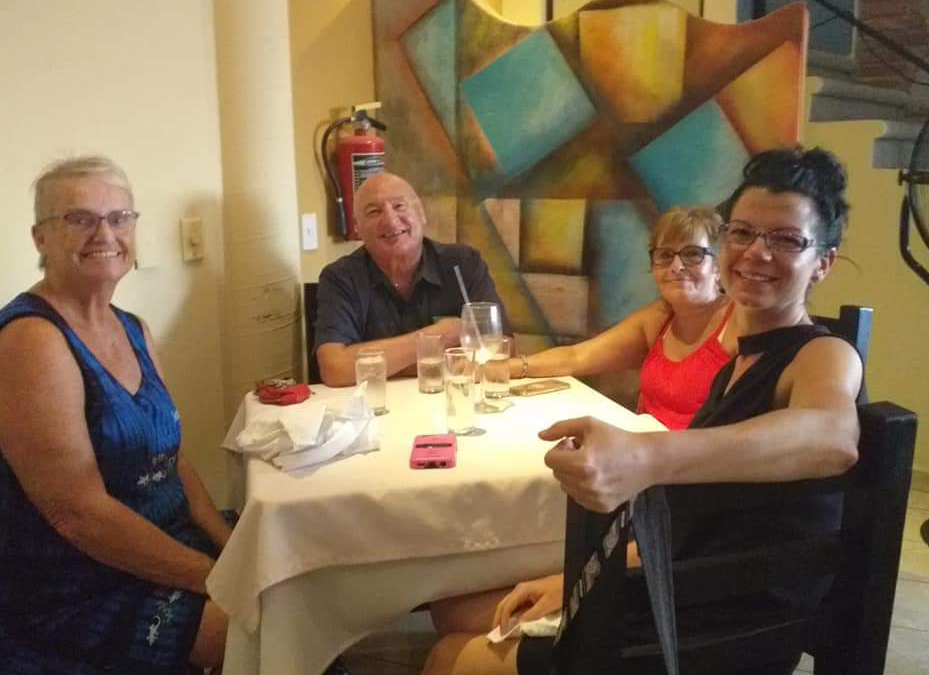 This special complimentary event hosted by Riviera Nayarit Tourism is to support all the mariners who sail to Nayarit and help local communities to flourish.

Live music, appetizers, cocktails and Sailor Splash t-shirts and hats will be offered to everyone attending from the Baja Ha-Ha fleet, as well as the previous Ha-Ha fleet that made Nayarit their permanent destination.

This event is open to all sailing friends who would like to celebrate with new arrivals and returnees to Banderas Bay.

Thanks to Latitude 38 Magazine, Baja Ha-Ha and Richard Spindler for reaching out to Riviera Nayarit Tourism and orchestrating this special event for the mariners.

The Bucerias Dinner Group was started this past June by recent Oklahoma transplant and Bucerias resident Dorothy Meeks. The idea was to support local restaurant businesses during the “low season” and provide an opportunity for full-time residents to come together socially.

The Northshore has two seasons: low season from April to November, when part-time residents pack up and head north for the summer; and high season, when “snowbirds” return to their winter homes for four months or so, joined by the tourist crowds who stay about a week, thereby giving local businesses the opportunity to make the lion’s share of their profit.

The second goal of this group was to establish a means for full-time Bucerias area residents to meet and get to know each other during the summer, when there are few opportunities to do so, especially for newcomers who have not yet established their social connections.

Meeks, the original coordinator of the group, was tasked with contacting restaurants with the capacity to host a large group, perhaps 25 to 50 people, and draw up a limited menu for the appointed evening.

“The restaurants were so happy to work with us and were all so welcoming,” says Judi Roy, the current leader of the group.

Roy took on the role of coordinator in September, when Meeks returned to Oklahoma temporarily.

It also gave Roy a chance to meet other people after her husband died in an accident last year. And she says she did not imagine that she would enjoy it as much as she does.  “I have met so many different and interesting people from so many walks of life.”

Roy says the group now has over 100 names on its email list and the average dinner group size is 30 to 35 diners.  “Everyone is welcome to join us as long as they are full-time residents of this area.”

Roy says it is fun for her to watch as the participants go from being very polite strangers at the first dinner they attend, to hugs and kisses on arrival at subsequent restaurants.

Roy also notes that returning diners tend to sit with someone they haven’t met before, which greatly enhances her goal of everyone making new friends and acquaintances.

Roy says often during the dinners people can be seen exchanging addresses and social media contact information, as well as making arrangements to meet up again on their own.

During the low season the group met twice a month – on the first and third Wednesdays –  but decided to take a break for high season.

“Our last dinner was supposed to have been in the middle of October,” Roy says. “But we were having such a good time together, no one wanted to stop.  So we decided to continue on an impromptu basis through the high season,”

The dinner group has planned a happy hour get-together at the new craft beer brewery at the end of this month.  Although it will not be a dinner, more of a meet and greet, everyone was keen to support this new business, Roy says.

“Our last dinner for this year will be our Mexican Christmas dinner and our chef is putting the finishing touches on our menu.  It will be amazing,” said Roy. “The following dinner will be sometime towards the end of January.”

If you are a full time resident of our community and would like more information on joining this group, contact the group through Facebook, Bucerias Dinner Group.