Combining traditional Aztec and Christian motifs, young warriors dance in the streets commemorating the miraculous apparition of Our Lady of Guadalupe to the indigenous peasant Juan Diego on December 12, 1531.

Festivities and processions during the first 12 days of December each year involve tens of thousands of Puerto Vallarta inhabitants and visitors, who pay homage to this miraculous event.

According to tradition, the image of Our Lady of Guadalupe was imprinted on the cloak of Juan Diego, and to this day it is on display in Mexico City at the Basilica of Guadalupe, which was constructed at the site of the appearance.

The candlelight processions generally start from in front of the Woolworth store and go the 11 blocks down Juárez to the Guadalupe church. They include plenty of banners, music, singing and colorfully decorated floats which usually portray the Virgin Mary and Juan Diego.

Grab some popcorn and head to the Fifth Annual Film Series sponsored by the Costa Banderas Chapter of Democrats Abroad Mexico. The weekly films will be shown at the Puerto Vallarta International Friendship Club, Edificio Parian del Puente 13, Calle Libertad at the corner of Miramar in El Centro on Wednesday nights at 7 p.m.

December 10: “Citizen Koch.” The film is set against the rise of the Tea Party in the aftermath of the U.S. Supreme Court’s 2010 Citizens United ruling. A citizen uprising to recall Wisconsin Governor Scott Walker collides with the Tea Party-aligned “Americans for Prosperity,” a group founded and lavishly financed by two of the world’s richest men, David and Charles Koch.

December 17: “Too Big to Fail.”  A dramatization of the events of the financial collapse of 2008 portraying the machinations behind-the-scenes between the White House and the financial industry. 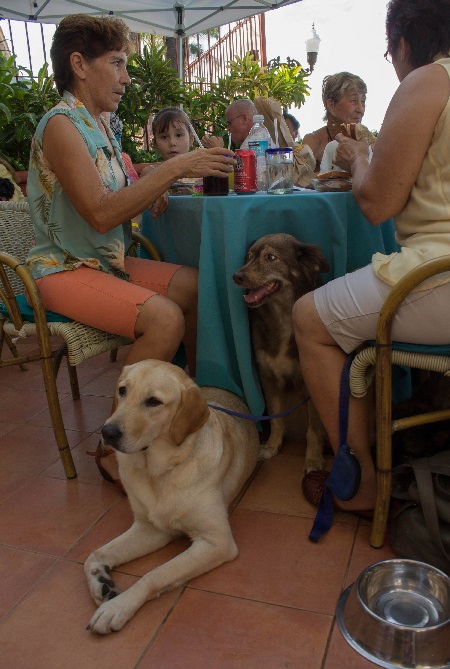 The opportunity to hang out with your best friend has gotten even better. Spend a wonderful afternoon at the 9th Annual Pet Picnic in Puerto Vallarta, Mexico.

As always, Daiquiri Dick’s Restaurant hosts this event which this year takes place on Saturday, December 6, starting at 11 a.m. sharp. Your best friend can strut down the runway during the costume contest or show off during the obedience contest. There will be raffle prizes, a live auction and other surprises.

The event will wrap up by 2 p.m., with the costume contest starting at noon, so be prompt. Tickets cost 275 pesos in advance or 300 pesos at the door. They can be bought at the restaurant, located at Olas Altas 314 on Los Muertos Beach on Vallarta’s south side.

The price includes a boxed lunch with choice of sandwich and a doggie bag; beverages are extra. This event has grown over the years, so get your tickets early. Last year there were around 40 dogs with about double that amount for humans. The Pet Picnic was the first event in Banderas Bay that included all four-legged friends. It’s worth seeing even if you do not have a dog. It is a great way to meet other animal lovers.

All proceeds will be donated to PEACE Animals which operates mobile, spay and neuter clinics in Jalisco and Nayarit. This program is grass roots and reaches out to those that cannot afford to go to the vet, and the service is free. PEACE Animals typically set up the clinics at homes, businesses or government buildings in Banderas Bay area neighborhoods. The clinics run three to four days and the vets can sterilize up to 25 companion animals per day.

There are two vets performing the surgeries and one vet tech to assist, plus volunteers. They have performed around 4,000 operations so far in 2013.
For more information check out gretchen-peace-and-pv.blogspot.mx and the www.PeaceAnimals.org. 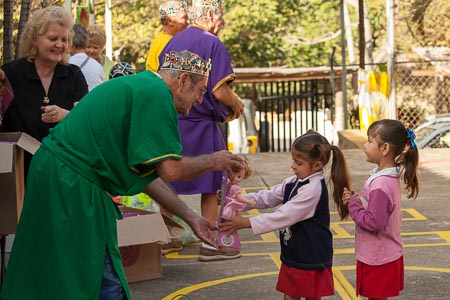 Toys for Tots Vallarta is gearing up for its December fund raisers. The organization is celebrating the 15th anniversary of delivering Three King’s Day gifts to less advantaged kids throughout the greater Banderas Bay region.

Members of Toys for Tots and local volunteers have delivered an average of more than 8,000 toys every holiday season and they hope to surpass that number this year. To help achieve this goal they are having two major fund raisers for the 2014-2015 holiday season.

The Toys for Tots Golf Scramble will be held on Saturday, December 6. The Scramble format has a shotgun start and begins at 11a.m. at Vista Vallarta Golf Course, Circuito Universidad 653, which is located north of the central bus station. Groups can sign up together or individual golfers or small groups can be matched up with others to participate. There will be prizes for hole-in-one, lowest score, and the category with the stiffest competition, the worst team. Cost to participate in the golf tournament is 1,300 pesos ($110 dollars) per golfer.

Get your dancing shoes on for the Sunday, December 7 Gala Dinner Dance in the ballroom of the Marriott CasaMagna Resort and Spa, Paseo de La Marina Sur 435 in Marina Vallarta. This casually formal dinner starts at 6:30 p.m. and includes delicious food, an open bar, a performance by the Los Polvitos children’s Mariachi band, a silent auction and great door prizes. Dinner tickets are available for 1,000 pesos ($75 dollars) per person.

All the proceeds buy thousands of toys at a big discount from a toy wholesaler in Guadalajara and will be distributed on and around Three Kings Day, January 6, 2015.

The Puerto Vallarta Men’s Chorus (PVMC) is celebrating the season with their Winter Concert titled, Higher and Higher, Mucho Más Alto.  The concert represents a parallel struggle: the chorus as it matures through its first few years of existence and gay youth learning to surmount obstacles, find their identity and mature to adulthood.

The Winter Concert is the concept of Alfonso López, PVMC’s new artistic director. “Higher and Higher is about overcoming difficulties to the point where you believe in yourself, about growing our hearts and building our dreams. It’s a process in which we all participate,” he explained.

The concerts will be performed on the main stage at Act II Stages, Insurgentes 300 (entrance on Basilio Badillo) in the Romantic Zone at 8 p.m. on Thursday, December 4, Friday, December 12 and Saturday, December 13.

Advance tickets cost 300 pesos for preferred seating in the first four rows or 200 pesos for general admission online at http://vallartatickets.com, at the Act II

Stages box office, Monday through Saturday from 4-8 p.m., or at Mailboxes, Etc. in Plaza Molino at Ignacio L. Vallarta 130 and the corner of Aquiles Serdán in the Romantic Zone.