According to a report in a local Spanish-language website, municipal police officers detained three male “foreigners” this week for throwing rocks and bottles at a crocodile in the Marina area.  The offenders, whose nationalities were not released, were trying to get a reaction from the reptile, the report said.

The Salvando Vidas (Saving Lives) program to detect drunk drivers will not be suspended over the Easter holiday, as in previous years. Traffic cops will set up checkpoints on major avenues during both Semana Santa and Pascua, although traffic authorities have not said whether the operation will be enforced on a daily basis or just at weekends.  At the checkpoints, officers ask drivers to take breathalyzer tests to ascertain the amount of alcohol they have consumed. Those exceeding a certain limit – roughly equivalent to three glasses of wine – are arrested and spend up to 36 hours in the cells.

Lovers of Mexican food should head over to the Parque Lazaro Cardenas Sunday, March 31 for some tasty treats.

The Feria de Taco (Taco Fair) will run from 4-11 p.m. in the park, featuring more than 20 local chefs and taco wizards.

The Puerto Vallarta Gay Men’s Chorus presents its annual gala fundraising concert and dinner Wednesday, April 3 at Oscar’s Restaurant on Isla Rio Cuale.  This year’s theme is “Let’s Go to the Movies.” The evening begins at 6 p.m. with a cocktail reception, followed by a three-course dinner. A silent auction will also take place.  Special guests will be singers Sutton Lee Seymour and Kim Kuzma.  Tickets cost 1,500 pesos and are available from Timothy Real Estate at Calle Ignacio Vallarta 120. 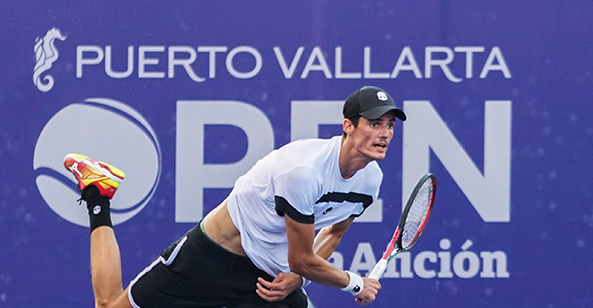 Top tennis players from around the world will come to Vallarta for this ATP Tour Challenger tournament from April 29 to May 5, offering prize money totaling $US135,000.

A qualifying event for lower-ranked players takes place from April 26-28. Four spots in the main draw will be up for grabs.

The Puerto Vallarta Open takes place in the Parque Parota, across from the Hotel Puerto de Luna. Tickets are already available online at puertovallartaopen.com.

Last year’s debut tournament was deemed a huge success, and was voted by players as their favorite tournament on the Challenger circuit, along with Vancouver (Canada) and Heilbronn (Germany).

The ATP Challenger Tour is a launching pad for up-and-coming players to improve their skills, gain experience and necessary ATP Ranking points. Challenger tournaments provide ATP players with important playing opportunities for much of the year and provide local tennis fans with the chance to see world-class tennis and rising stars.

In 2018, the ATP Challenger Tour included 159 events in 40 countries which provided US$13.092 million prize money. More than 820,000 spectators attended these tournaments worldwide.

The 15th Annual International Festival of Altruism takes place at the Marriott CasaMagna Resort & Spa in Marina Vallarta on Sunday, May 5.

This is one of the area’s largest annual charitable efforts and is lead by United States Consular Agent Kelly Trainor.

The evening features culinary options courtesy of around 40 of Vallarta’s top restaurants, music for dancing and information booths staffed by representatives of the benefitting charities.  Guests can also learn about many volunteer opportunities with these organizations. A raffle for loads of excellent prizes is also held.

Details for this year’s event are still being fine tuned, but will be published in this newspaper near to the date. See Facebook.com/FIAPV for updates or call (322) 226-0048 for more information.

Discount airline Volaris will add two Puerto Vallarta flights to its itinerary as of June 16.

The new route from Phoenix, Arizona to Puerto Vallarta will operate twice weekly, as well the new domestic route to the colonial city of Queretero, located 40 miles from San Miguel de Allende.

Airbus 320 planes with a capacity for 179 passengers will operate on both routes.