Álvaro Larez is a 36-year-old classical violinist from the small Venezuelan island of Isla Margarita. 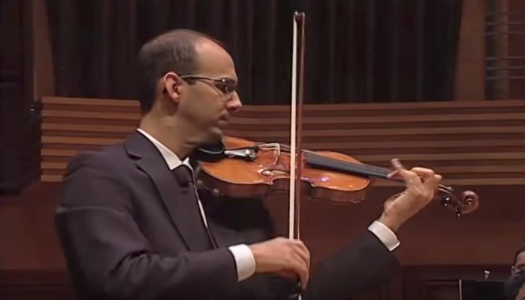 He left his country for Guadalajara two years ago amidst his homeland’s increasingly unstable political and economic situation.  A highly accomplished musician and educator, he slid quickly into the machinery of the state capital’s classical music apparatus as professor of violin at the University of Guadalajara and the Zapopan Youth Orchestra and principal violinist for the Zapopan Chamber Orchestra.

As if that weren’t enough to keep him busy, he is also the founder and lead organizer of the Formandi Festival, a week-long flurry of concerts, conferences and workshops occupying the last week in July that Larez hopes will nurture talent and appreciation for classical music in the minds of young Tapatios — as well as those who’ve been invited to participate from other parts of the country and abroad.

Larez’s own interest in classical music was developed inside Venezuela’s state-run talent incubator, founded by musician and educator Jose Antonio Abreu in 1975, known as The National Network of Youth and Children’s Orchestras of Venezuela.  The project (usually shortened to the slightly dystopian-sounding “El Sistema”) has, according to Larez, “become a point of reference for music education programs around the world.”  The most famous product of El Sistema is without a doubt 36-year-old firebrand conductor Gustavo Dudamel, current musical director for the Los Angeles Philharmonic, with whom Larez shared many a concert stage during their formative years with El Sistema’s flagship ensemble, the Simon Bolivar Symphony Orchestra.

In 2002, Larez left Venezuela for Europe, completing master’s degrees in music pedagogy, violin performance and orchestral performance at the University of Music in Geneva, Switzerland in 2006.  From 2008 to 2010, he played violin in the Madrid Symphony Orchestra, after which his country beckoned with an offer to work as an educator with El Sistema, the same institution that helped birth his own career and made possible in part his European sojourn.

“I always wanted to contribute, to do my part for El Sistema with the skills I had acquired in Europe,” explained Larez.

But things in Venezuela were becoming unraveled.  On March 5, 2013, Hugo Chavez, the country’s controversial leader since 1999, died, leaving behind a dangerous power vacuum and an economy crippled in part by plummeting oil prices.

“The political situation in the country is catastrophic,” asserted Larez. “Venezuela is living under a dictatorship.  I reject and condemn what’s happening with the government.  I am nobody, but if enough people keep speaking the truth about what’s happening, so much the better.”

Much of Larez’s family is still in either Isla Margarita, or, in the case of a brother and a sister, in Caracas, the heart of civil unrest and harsh authoritarian repression.

“Many members of my family are participating in the protests — with caution. However, we’re talking about zealots [in the Madero government] who know that if they fall from power they’re going straight to prison and pay for crimes against humanity — and for narco-trafficking, as well. The vice-president himself has been accused by the United States of being involved. There are murders, disappearances, kidnappings.”

Meanwhile, Larez uprooted himself from his motherland once again, this time for Guadalajara, and a position as principal second violinist with the Jalisco 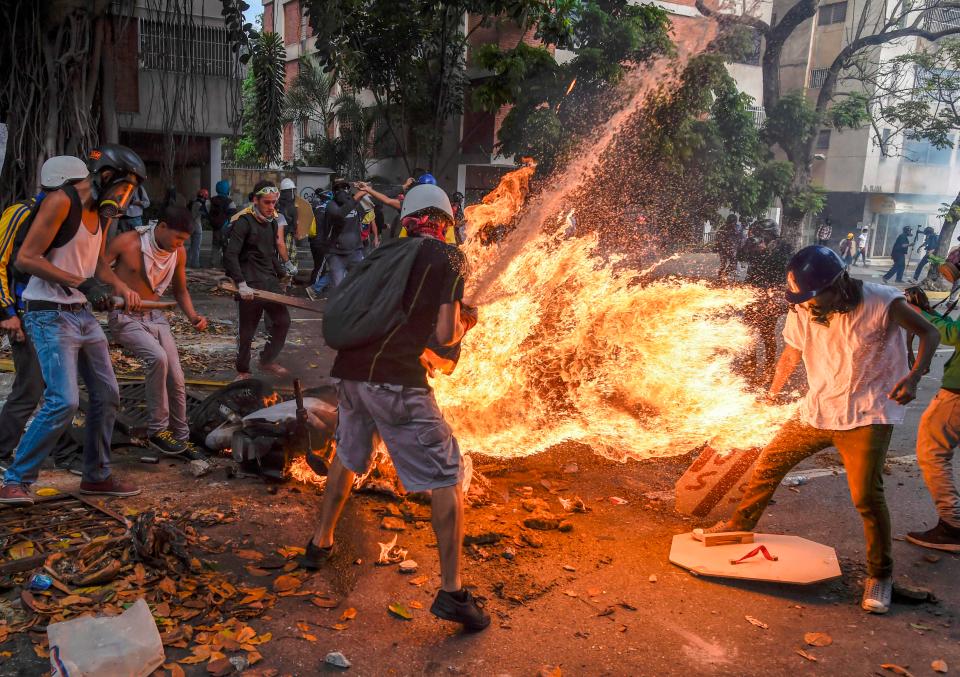 Philharmonic Orchestra for the 2015-2016 season.  After wrapping things up with the orchestra, he decided to pursue projects which would avail him the opportunity to “participate more as a soloist, in recitals, and contribute to the nurturing of young musicians.”

With this last end in mind, he and colleague Zobeya Marquez created the Formandi Festival.

The nine-day festival will apportion its offerings primarily into two geographically disparate edifices.  Palcco, the recently opened event space in Zapopan, will host the event’s concerts featuring masters from around the world, while the music department of University of Guadalajara will host conferences, workshops, master classes and competitions.

According to the festival Facebook page, tuition-paying students attending the event by themselves (US$250) will receive two private lessons and two master classes, while ensembles (US$150 per student) will receive two chamber music lessons and two master classes.  A ticket for those just interested in listening (US$50) will facilitate entrance into not just the concerts but also the pedagogical events.

For Larez, it’s clearly a labor of love, and the first of its kind in Guadalajara.

“We’re bringing together young musicians from different parts of the country, such as Monterrey, Puebla, Mexico City, Morelia, Jalapa and Durango. Also, we’ll be receiving delegations from countries such as Ecuador and Guatemala.

While Larez finds the current situation in Venezuela untenable, his affection for his country – and his frustration with the direction its gone – is palpable. He sees himself returning someday, but only if the political and economic situation changes drastically.

“I’m not a refugee,” he emphasized. ““I’m a professional who had options elsewhere. There are people fleeing the country with nothing as we speak, looking for a better life. But every day it becomes more difficult. They’re turning people away at borders who have tourist visas, afraid they’ll stay and start looking for work illegally.”

While not currently residing in his country physically, it could be said that Larez, through the creation of the Formandi Festival, is channeling his homeland’s better nature.

For more information on the festival, visit their Facebook page.