“To this world so beautiful that I long to stay forever.” 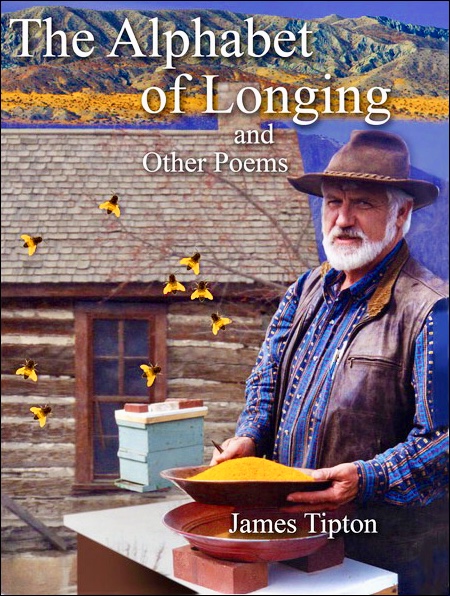 Thus begins “The Alphabet of Longing and Other Poems,” James Tipton’s latest – and last – published book of poetry, edited and published by lakeside poet Margaret Van Every.

During his 13 years at lakeside, Tipton was a well-known presence, not only for his poetry and short stories, but his gentleness, kindness and enduring love for family, friends – and women.

After a lengthy struggle with cancer, Tipton died on the morning of May 16 at age 76.

During an interview on May 9, he admitted that although morphine was managing to keep his pain at bay, he would have rather been without it, since it created “strange hallucinatory flashes and a kind of haze.”

“I’m not a drug user, never was,” said Tipton. “My inspiration has come from women and nature.”

Although he had struggled with cancer since 2004, his symptoms have started intensifying during the last four years, as the cancer metastasized. Through it all, he continued to write, describing in his uniquely poetic way the looming face of death creeping ever so closer. 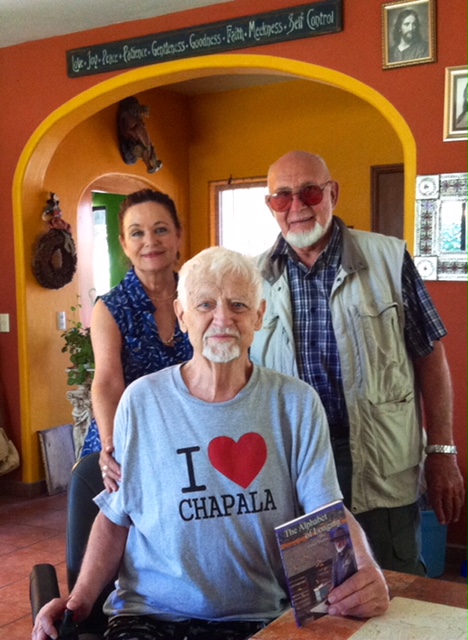 “This is life at its deepest level,” said Tipton. “Although my body feels terrible, my spirit remains high.”

Tipton retained a playful attitude about everything, including death. He was also forthright in expressing his deep fondness for his dearest friends, many who were by his side during these past weeks and days.

“Fellow writer Bob Drynan is like a brother to me and Cindy Paul was my first neighbor when I moved to Mexico,” said Tipton. “We’ve been close friends ever since.”

Another one of his good friends happened to be renowned Chilean writer Isabelle Allende. He contacted her 25 years ago while in Peru, after reading one of her books. They became fast friends. Allende wrote a forward for his collection of poems, “Letters from a Stranger,” which won the 1999 Colorado Book Award in Poetry.

Tipton became fascinated with words and poetry from a young age, which was odd, being that he didn’t speak until he was three years old. “My parents thought there was something wrong with me.”

When he did start speaking, what came out of his mouth were full sentences. “Once I realized what words were and that they had some kind of meaning, I put them all together in curious ways, figuring them out like a jigsaw puzzle.”

Tipton was in 12th grade when he wrote his first story,  a mystery. “I wrote ‘The Phantom of Hutchin’s Parlor’ to excite my peers, especially the girls.”

Tipton went on to receive a Master’s Degree in English Literature at Indiana’s Perdue University, then became an English professor, all the while continuing to write.

During those years, Tipton pursued another one of his passions: beekeeping. He eventually left teaching to become a full-time beekeeper in the hills of western Colorado, where he started a honey-producing company.

“As a wanderer and a seeker, Jim lived a solitary life in a little cedar home in the high desert,” said Cindy Paul. “There was no one was around for miles. During the long winters he couldn’t even travel to the nearest town because it was far too dangerous.”

Perceiving himself as a “humble beekeeper-poet who irresistibly loves women,” Tipton felt fulfilled and inspired as a writer living as a mountain dweller for 22 years with only his dog and cat to accompany him.

“In the mountains I let loose and found out who I really was. Although I was born in Ohio, from a long line of Quakers, I identify with the Colorado desert … and Mexico. The Mexican people remind me of the indigenous people of Colorado. They are people I love and, from all accounts, love me as well.”

Having traveled to Mexico multiple times since 1964, he retired early to move to lakeside. Along the way, he fell in love with Martha Alcantar, a young Mexican woman who became his wife. Along with her three-year-old daughter, Gabrielle, the three became a family.

Having written over 1,000 poems, short stories and book reviews, Tipton’s works have been published in magazines such as The Nation, Esquire, Poetry Review and American Literary Review, and his poems have been translated into ten languages.

Poignantly, as the interview drew to a close, Tipton quoted poet Wallace Stevens, “Death is the mother of beauty.”  It’s a line he said stuck with him since his days teaching English literature.

And as if the universe were maintaining balance, on the evening of May 16, Tipton’s adoptive daughter Gabriel gave birth to a baby girl. Mother and daughter are reportedly doing fine. As one life has begun, so another begins. Tipton would have been pleased.

“The Alphabet of Longing and Other Poems” is for sale at Diane Pearl and Yves Restaurant, and will be for sale on Amazon in June.