With the entry of a drastically different state government under the Movimiento Ciudadano (Citizens Movement) and the exit of “golden boy” Marco Parisotto as director of the Jalisco Philharmonic Orchestra, all bets are off as to the OFJ’s future in the near and long term, except that Parisotto is out and the changes to come will be substantial. 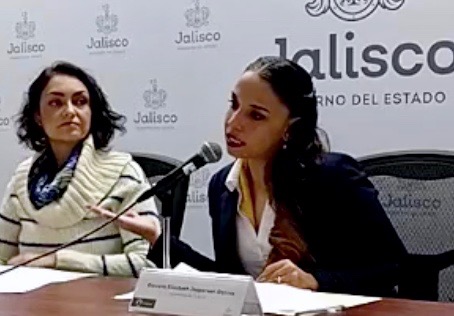 A terse press release December 21 from incoming Secretary of Culture Giovana Jaspersen stated that the contract of Parisotto, who is praised as an artist but disparaged by critics as a despot, had ended December 5 and that Jalisco would pursue a course for the orchestra more focused on local cultural development. In this document and in Jaspersen’s first press conference December 19, she emphasized the dawn of a “much more inclusive” musical era.

In an interview with the Reporter, José Gorostiza, the former manager of the Orquesta Sinfónica de Guadalajara, used words such as “elitist” to criticize Parisotto’s five-year tenure and that of outgoing Culture Secretary Myriam Vachez, as well as the 63-member Patronato, a high-level, “friends-of-the-orchestra” group.

Gorostiza did not mince words when reflecting on the cultural shenanigans in the old, PRI-dominated milieu, which had ushered in Vachez and her protégé Parisotto.

In addition, Gorostiza pointed out, “the majority of musicians hired in recent years have not officially been made members of the orchestra – they can be fired for any reason.” He said that Parisotto had indeed fired many of these newer players (along with laying off, forcibly retiring or sidelining many veteran musicians), including some of the many vulnerable and well prepared young Venezuelans who came to Mexico desperate to flee the authoritarian regime back home.

While some businesses avoid hiring employees formally in order to avoid paying benefits and the risk of being unable to fire them, Gorostiza emphasized that “it’s important for musicians to be employees of the state – after all, this is the official state orchestra.”

Jaspersen seemed to be on the same wavelength as Gorostiza when she publicly mentioned “a new direction in search of strengthening the role of the Philharmonic Orchestra in the development of our state.”

“The orchestra was neglecting its social role,” Gorostiza agreed, noting caustically that “years ago, the orchestra used to travel around the state and play to huge crowds in cathedrals. But Parisotto didn’t do this. Instead he played Brahms in Vienna.”

When a group of five, including Gorostiza and opera promoter and University of Guadalajara cultural radio host Ernesto Alvarez, visited Jaspersen in her new office December 27, they pointed out that they were not there looking for jobs, but to urge her to “democratize” the orchestra and avoid lavish spending on projects such as the trip to Europe in April 2017.

“Nobody invited them to Europe,” Alvarez pointed out. “It was as if you or I invited ourselves to Germany and Vienna to play music. Everything had to be paid for: the rental of the hall, the publicity, the hotels. It didn’t matter if anybody came to the concert. In order to go, they got a special contribution of ten million pesos from the [PRI] governor,” he said, suggesting that the trip benefitted Parisotto but not the state.

Due to self interest and hard experience and since political winds are blowing in a new direction, hardly anyone can be found to say a good word about the former director. Musicians who worked under him describe his leadership as a “rampage” or say they were “not impressed.”

“The news about his departure was the best Christmas gift I could have received,” said one. Gorostiza added that there were parties all over the city when news came out that Parisotto was gone.

While some acknowledge Parisotto’s musical talents, Gorostiza, whose wife is one of the musicians embroiled in legal wrangles with OFJ administration, called the notion that he is a genius “a myth,” adding that some guest conductors got a better sound out of the orchestra.

Gorostiza continued: “He leaves a destroyed orchestra, a double orchestra of about 50 highly paid musicians from Venezuela who have no benefits, many Jalisco musicians, some of whom are still receiving salaries and can legally return, and a lot of social conflict that has been going on for years. There are legal problems to be solved and new auditions needed.”

Gorostiza added that during the visit to Jaspersen’s office, the group suggested three Guadalajara residents qualified to be director or interim director: Guillermo Salvador and Jose Guadalupe Flores (both former OFJ directors), and the Italian Leonardo Gasparini.

“I worry that there is no conductor – that is Jaspersen’s main problem. She said they have 40 or 45 applicants, from all over. But time is running against her. Concerts are scheduled. A bureaucracy is trying to handle the transition, and they can’t. I also hope that with their populist tendencies, they don’t have the orchestra playing on the street.”

A spokesperson for Jaspersen, Manuel Lopez, said that an announcement will come in a few days or weeks. “We’re still evaluating. I don’t have information as to whether the orchestra director will be permanent or temporary. The program will continue, in February, I believe.” A notable change from the previous administration was that people answered telephones in the Secretary of Culture offices, instead of machines or no answer.

“I have a good feeling about Giovana Jaspersen,” said Alvarez. “She’s clever. She’s educated. She has an open mind. That’s enough for me. Perhaps she won’t do exactly what I want, but it doesn’t matter. She wants to do things honestly, justly.”