Aside from mouth-watering food, the city of Puebla has much to offer: beautiful colonial buildings, a rich history, more charming churches concentrated in one area than you will encounter anywhere and plenty of museums to get lost in. 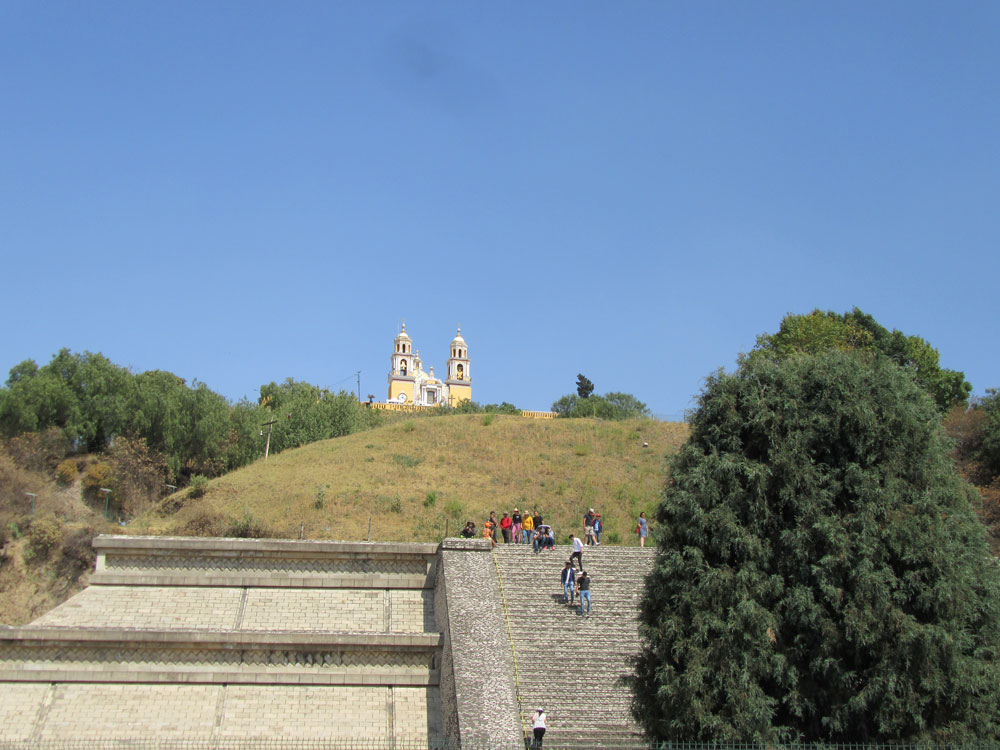 Puebla was originally called Puebla de Los Angeles because allegedly the bishop who was responsible for its foundation had a dream in which he saw angels descend from heaven and trace out the city. Although “de Los Angeles” was eventually dropped, the city still bears the nickname Angelopolis.

Puebla is a Catholic stronghold and you can’t spit without hitting a church. There are churches next to churches, facing other churches with several more churches behind.

Most are stunning but three stand out: The extravagance of the interior of the city’s Cathedral, which took 300 years to complete, is astonishing, while the facade of the Templo de San Francisco resembles a collage of different architectural periods with grey stone, yellow plaster and blue tiles delicately formed together. Both are definitely worth seeing.

Arguably the most spectacular interior is that of the Chapel of the Rosary (Capilla del Rosario), which lies within the Templo de Santa Domingo. Built in the 1600s, the stunning design of this golden temple has led to its being described by some as the eighth wonder of the world. This is an absolute must-see in Puebla.

Since I was visiting for the weekend of Semana Santa, the streets were filled with people eager to see and participate in the Easter processions. This religious tradition came from Spain and is still prevalent in Andalucia, the south of Spain. Each church has a brotherhood that carries a float adorned with a religious sculpture through the streets. Some brotherhoods wear the traditional capirote outfit, which is a tunic and a hood with a conical tip that looks disturbingly similar to the “uniforms” of members of the Ku Klux Klan. I wormed my way through the swarms of crowds throughout the day and into the night when the silent processions began with said brotherhoods walking around solemnly with candles. 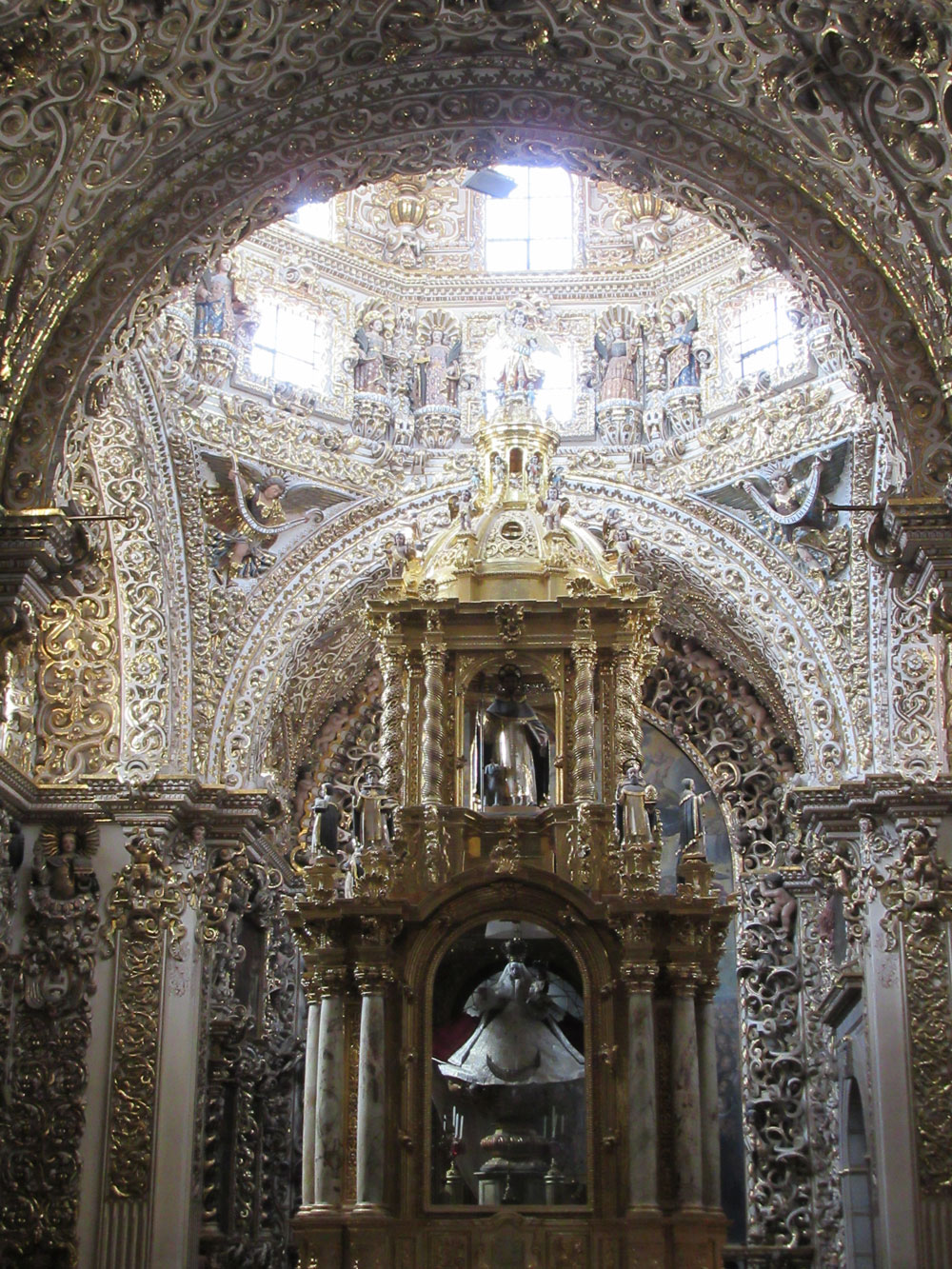 Puebla boasts plenty of museums and public buildings to while away many pleasurable hours. A particularly attractive place to lose track of time is the oldest library in Mexico, the Biblioteca Palafoxiana. It is filled to the brim with wonderfully preserved books, most of which are religious. Of course, you can’t go round picking up any of these 43,000 ancient works but the library is certainly a photogenic and serene place to visit.

The Museo de Arte Popular, located in a former convent and filled with historical treasures, also allows you to step back in time. The building is magnificent and the gigantic kitchen is something to behold. Blessed with spectacular tile-work, it displays typical crockery and kitchenware used when the edifice housed the Santa Rosa convent. It is also one of a few places that claim to have been the source of the original Mole Poblano dish.

One of the most alluring contemporary museums in Puebla is the International Museum of Baroque, a jaw-dropping and ultramodern building designed by award-winning architect Toyo Ito. The museum is packed with sculptures, paintings, musical instruments and architectural designs that depict the country’s appreciation of this extravagant style in both permanent and temporary exhibitions.

The most fascinating place I visited was just outside of the city in the Cholula district. Set upon a small hill is a church called Nuestra Señora de los Remedios. The building itself is not particularly unique but what is remarkable is that it was built on top of an ancient pyramid whose base is actually four times the size of the Pyramid of Giza. You would never tell, however, because the pyramid has been overgrown for centuries. Only part of the south side is visible but the blend of the pyramid stairs, the hill and the church lying on top makes for a memorable view. On a clear day, it is even possible to see the Iztaccíhuatl, Pico de Orizaba, Malinche and Popocatepetl volcanoes in the horizon. 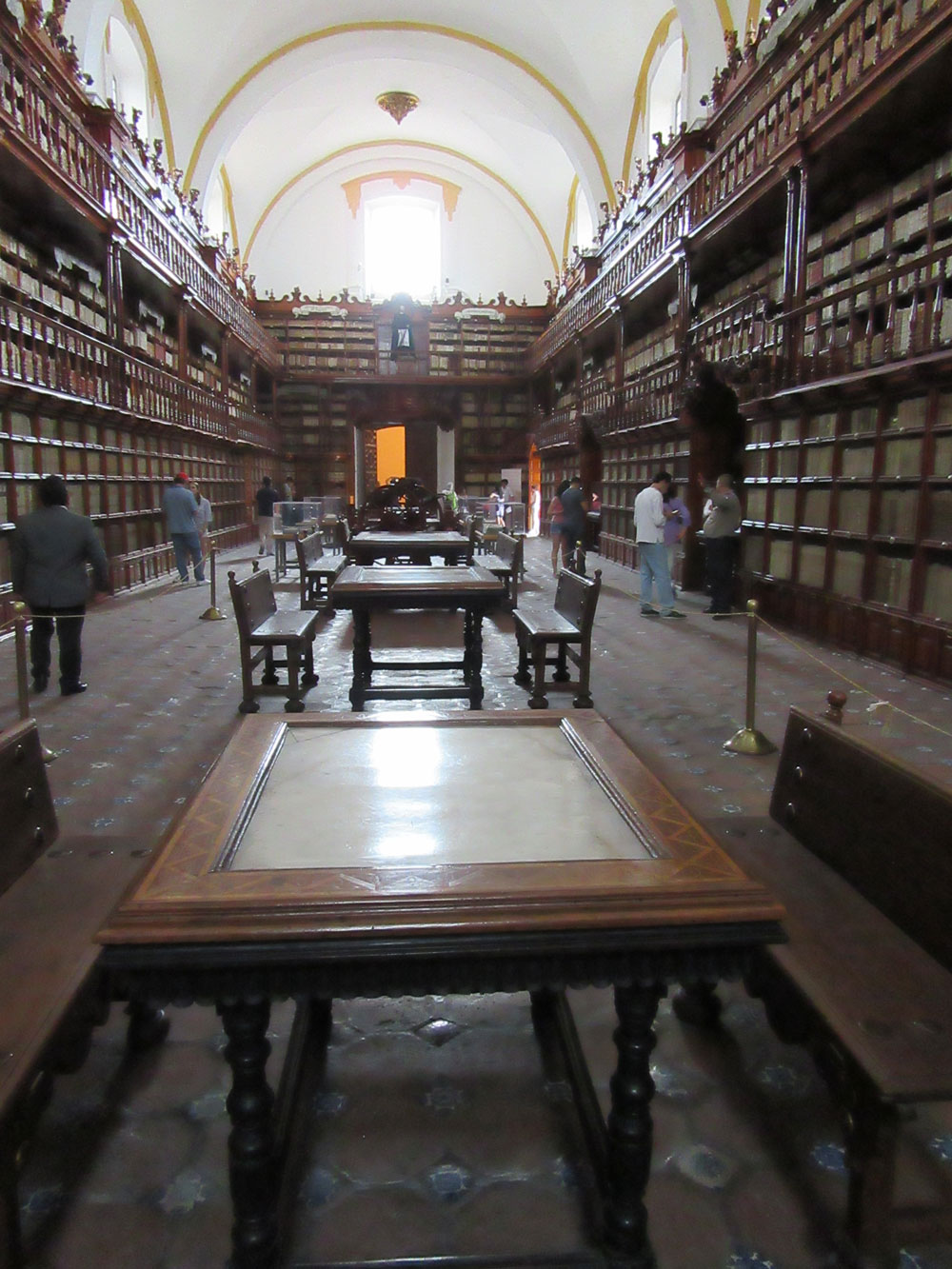 The most anticipated aspect of Puebla is, of course, the food!

I tried the best mole I have ever eaten at a restaurant in Cholula but I have a feeling that most dining establishments in and around Puebla will serve exquisite versions of this famed dish. I was also able to gobble up plenty of scrumptious street food, similar to that of Mexico City but often with an added twist. A highly popular snack you can find on most street corners is chalupitas, which are fried corn tortillas with pork fat, shredded chicken, onion and salsa verde or rojo. They also have memelas which resemble the popular Mexican dish gorditas – only bigger and tastier!  My personal favorite was molotes. These start off as a dough made from both corn and wheat flour, which are stuffed with a filling of one’s choice (mine was cheese and huitlacoche, otherwise known as the Mexican truffle) before being deep fried. Delicious!

My travel buddy and I desperately wanted to bring some of the divine mole sauce back with us, so we bought some from a market as we left and decided to put them in plastic bags with less than 100 ml, in the hope airport security would let us through, as we didn’t have carry on. When we got there we discovered we’d have no such luck. Not wanting to waste such sacred food we came up with plan B — stuff the mole into travel-sized toiletry bottles and hope for the best. “It’s a mud mask!” was the excuse I had ready for when an airport staff member raised his eyebrows upon seeing the brown goo inside the clear bottles. I sat on the floor, and halfway through meticulously squeezing mole into the bottles, the penny dropped and we remembered that a carry-on bag was indeed included with our ticket. So we sheepishly headed to check-in. It wouldn’t be an adventure without a little drama!

So the next time you’re wondering where to visit next in this mammoth country, consider Puebla for its beautiful buildings and churches, opulent history, bountiful museums and, most importantly, amazing cuisine.