Fernando “El Toro” Valenzeula, Mexico’s greatest baseball hero ever, has had quite a year. 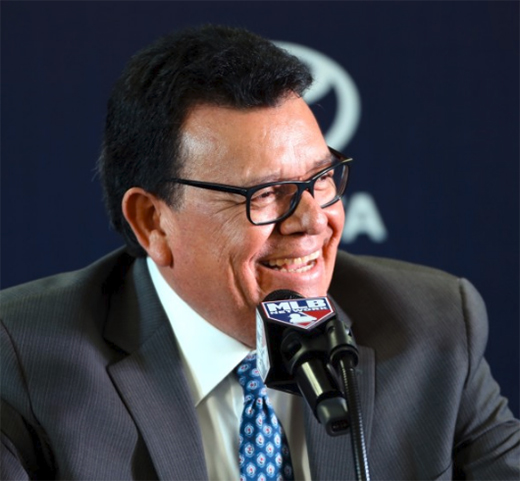 He was named as the first commissioner of the Liga Mexicana de Beisbol August 15 at a meeting of the 16 clubs that comprise the league.

July 6, his number 34 was retired from all of the the Mexican League teams, five years after it had been retired with great ceremony from the Charros de Jalisco, which honored him with a bronze statue at the entrance to their stadium.

July 20, the Los Angeles Dodgers named him as the third inductee to their new honorary club “Legends of Dodger Baseball.” In 331 of the 453 games in Valenzuela’s career in the U.S Major Leagues, he played for the Dodgers — between 1980 and 1990.

After also playing for the California Angels, Baltimore Orioles, Philadelphia Phillies, San Diego Padres and St. Louis Cardinals, Valenzuela retired from the Major Leagues after the 1997 season. In 2003, he returned to the Dodgers as a broadcaster.

He began his career in 1977 in Mexico with the Mayos de Navojoa and later played for the Cafeteros de Tepeic, the Tuzos de Silao, the Angels de Puebla and the Leones de Yucatan before being signed by the Dodgers. In 2004, at 44 years old, Valenzuela returned to the Liga Mexicana del Pacifico with the Los Águilas de Mexicali and pitched for them the following year as well.

Valenzuela played for the Charros de Jalisco during the twilight of his career in the early 1990s, while bouncing around MLB clubs.

He has been the owner of Los Tigres of Quintana Roo since 2017. He is also a color commentator on Los Angeles Dodgers Spanish-language broadcasts.