Lakeside’s first Art Battle competition, held Saturday, August 24 at the Hotel Real in La Floresta, stood out as the area’s most unique art event in memory.

Two local artists came out on the top of the pack among 12 registered competitors, with one no-show. 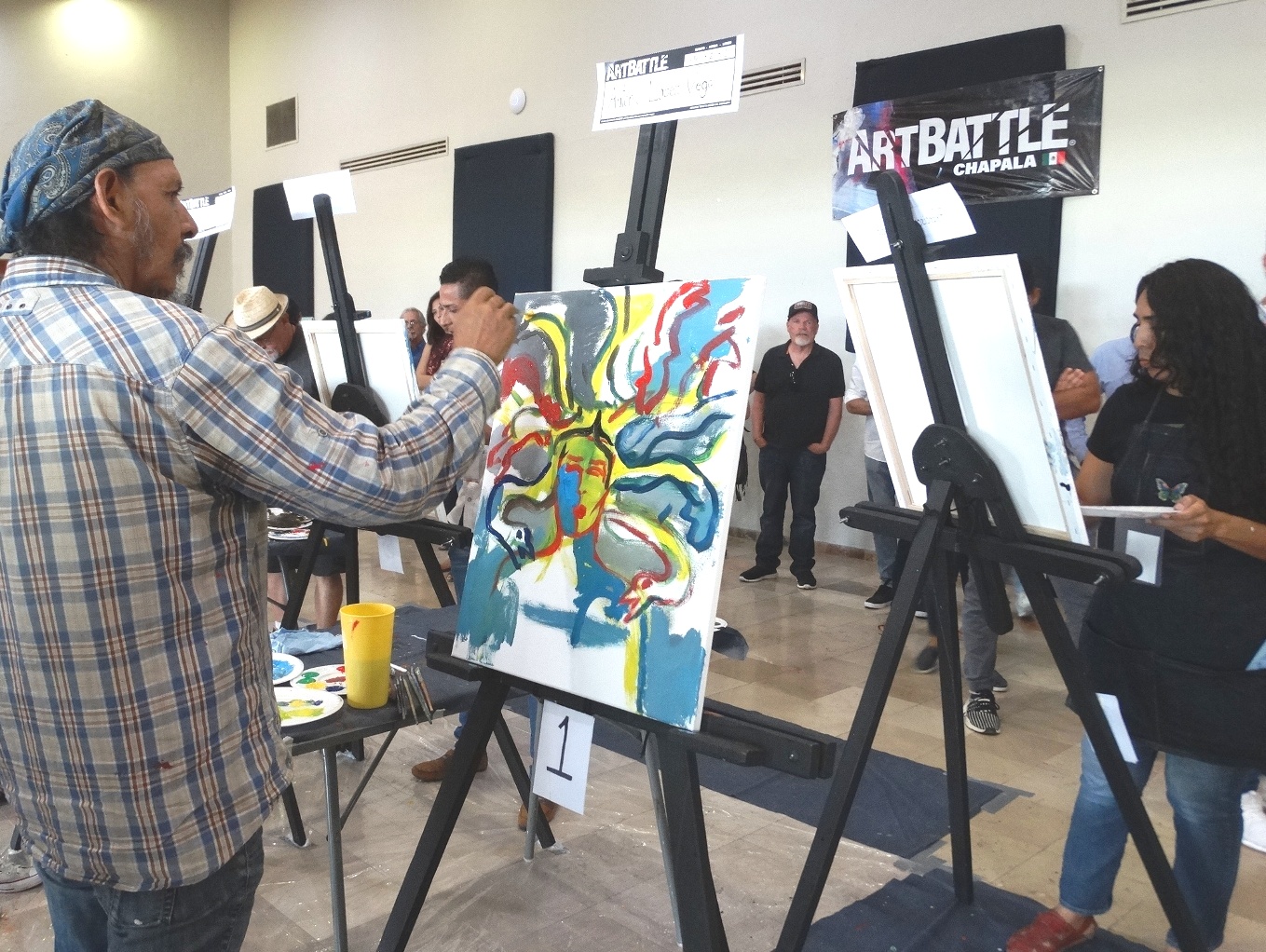 The fast-paced contest ran for three hours, with painters divided in two preliminary rounds to work up identical blank canvases, start to finish, in 20 minutes flat. 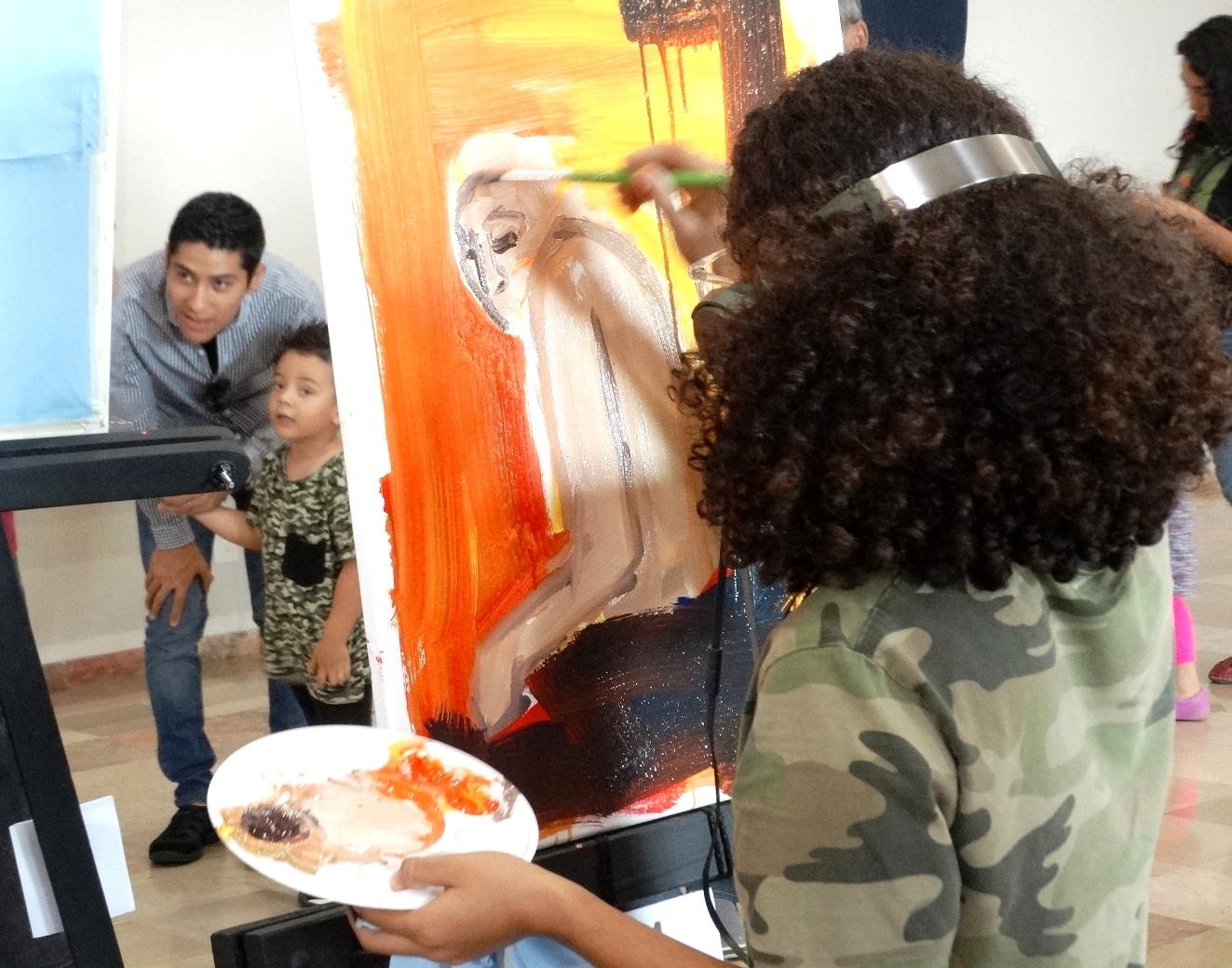 Spectators watched the action, circling around the easels set up in the center of the salon.

Once the clock ran out, they voted for their favorite finished works through cell phone connection to online ballots.

Counting a tie in the second run-off, five contestants accrued enough votes to qualify for the final match, starting over on fresh canvases with a new supply of acrylic paints provided by the organizers. All artists brought their own brushes and tools.

It was interesting to observe how some finalists repeated similar styles from the run-off session and others switched to different themes and techniques. 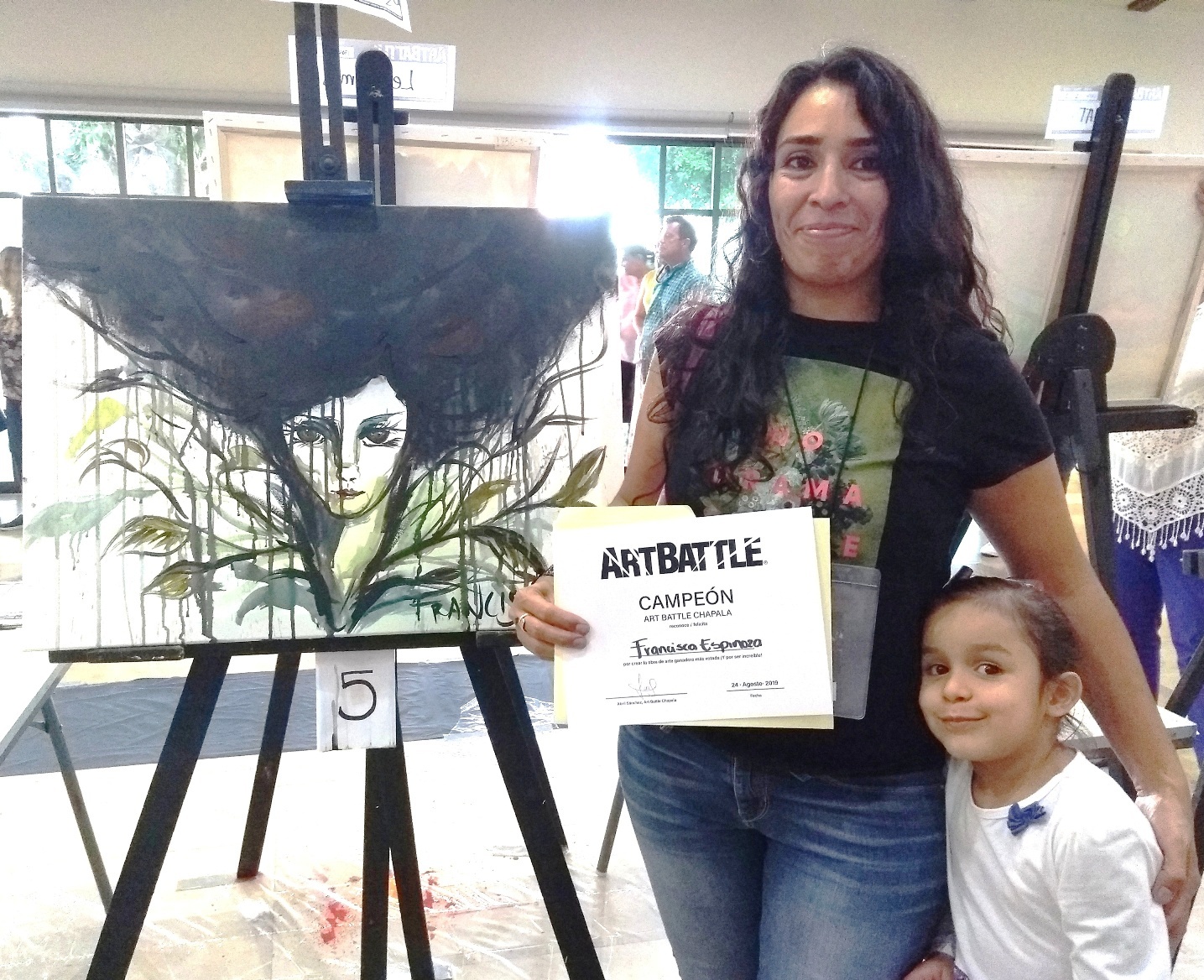 After the final vote count, Francisca Espinoza was declared the winner, taking home a cash prize along with the Chapala Art Battle title. Although she dabbles in painting and experimental sculpting, the young Riberas del Pilar resident principally devotes her artistic talents to producing hand-made dolls marketed under the label Francis Dolls.

She edged out Ajijic artist Antonio López Vega who nonetheless made a strong showing by collecting the highest earnings from the event’s silent auction in which both of his paintings were put up for bid.