Apparently resting on the twin pillars of innovation and safety in numbers, a tony high-rise business tower and airy, two-story food court is making a respectable showing a stone’s throw from the U.S. Consulate in Guadalajara. 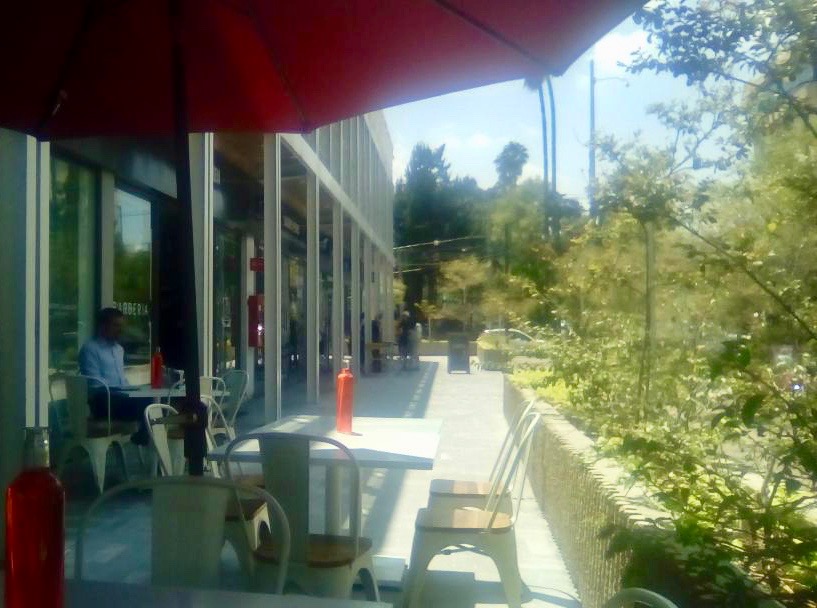 Mercado Via Libertad was merely a slender, 16-story office building for years, until it underwent a long renovation and emerged in 2015 sporting a new look, a flank of eye-catching stores and graceful eateries along the lovely Calle Libertad, Colonias and La Paz and, most noticeably, a weekend “farmer’s market” in its large plaza.

An unusual pet store and an Asian food store named Hinoko, owned by the established Japanese restaurant and market Toyo, had long caught my eye, perched as they are in front of a colorful, municipal recycling installation.

For such stores, the management apparently looked far and wide, gravitating toward businesses that are attractive and unusual. Reportedly, they didn’t just accept any old taco stand in the food court, or any old notary or lawyer in the tower, which is instead populated by creative businesses, such as you might find in one of the many “co-working” spaces that are popping up around Guadalajara. (These have names like HackerGarage and Maia Cowork and house small enterprises and sometimes young, footloose world travelers who work remotely and are attracted to this sophisticated city.)

Indeed, there are taco restaurants – and other Mexican food – in Mercado Via Libertad, but they have unusual, cool ambiances and themes, such as Don José Taqueria, Tortería Chachita, with 12 types of D.F.-style tortas, Casaxurro (an artisanal churro establishment), and the daringly named La Muerta (the Death) ceviche stand. 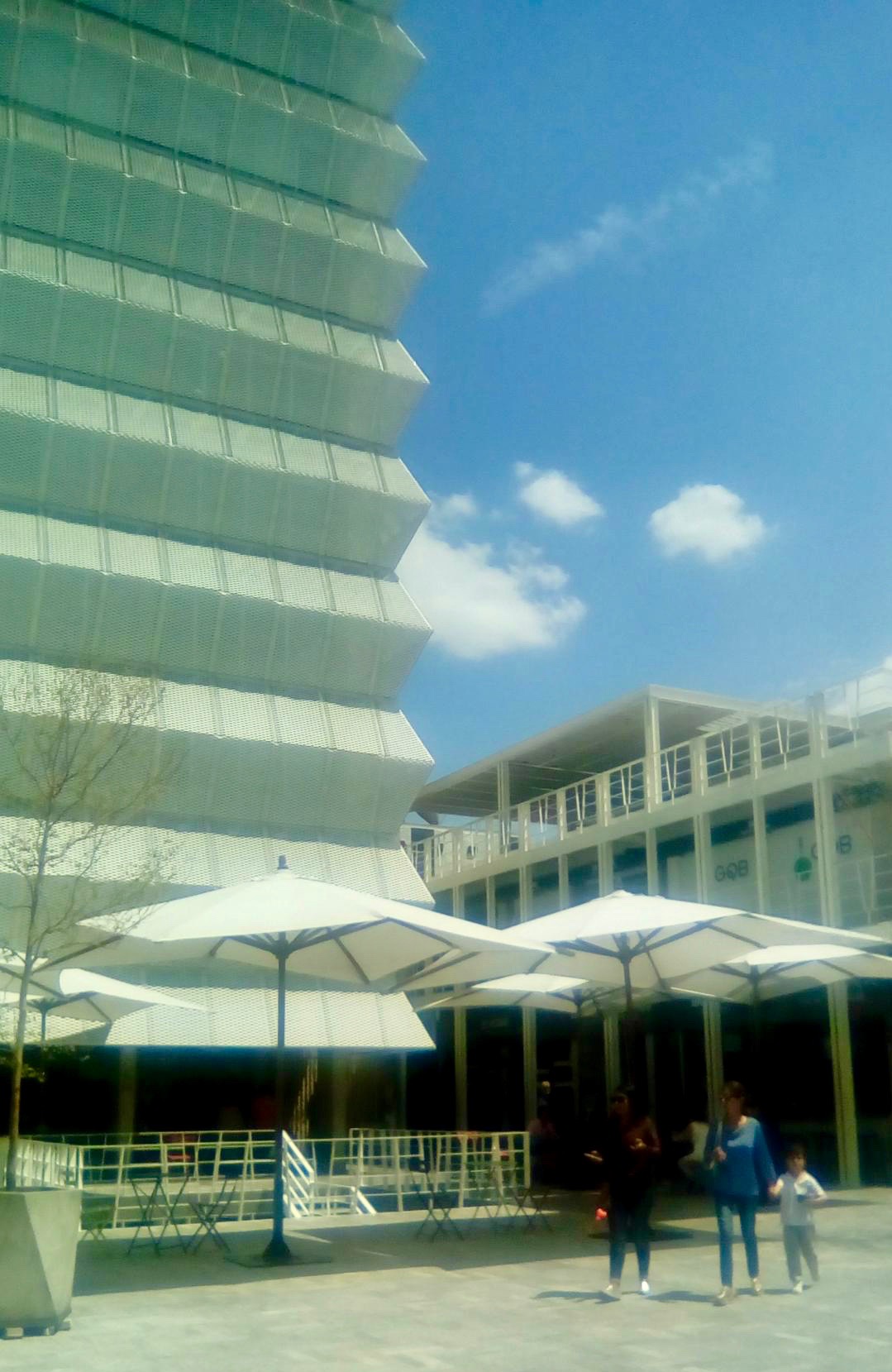 But more in evidence is a dizzying variety of unusual, foreign-influenced food, such as Furter Hot Dogs Gourmet, Shao Asian street food, El Vegano (a “cruelty-free” vegan restaurant and juice bar), Kaneshi Japanese kitchen and sake bar and – my choice for most playful – Rösk, subtitled “Hedonismo, Culto a la Dona” (hedonism, the doughnut cult), which besides absurdly sumptuous doughnuts, offers malts and, at least on the day I visited, was populated by staff and clients who were shaped rather like doughnuts, suggesting that perhaps hedonism is best enjoyed as a spectator sport.

In a city where eating establishments come and go rather quickly, Mercado Via Libertad apparently not only offers an irreverent, creative cachet, but also a bit of protection from economic vagaries. The restaurants’ workspaces are small, sometimes tiny, and they do not have to employ waitstaff, as customers eat at bars or carry their food to nearby tables. Although this does give Mercado Via Libertad the feel of a shopping mall food court, at least the food is more personalized and less production-line than mall food courts where I have eaten.

For example, mouth-watering aromas were emanating from the Greek restaurant we discovered in the back of the second level, named Alexis El Griego (after its Greek owner, who was right there chopping up fresh dill for the tzatziki). Alexis offered us a taste of delicious, homemade yogurt, and even told us a bit of his life story. We ordered lamb gyros, beef gyros and a side of babaganoush (eggplant spread) and enjoyed it at breezy nearby bar-style seating.

Mercado Via Libertad also has a cooking school, which offers a variety of occasional classes. And it schedules fun activities, such as Jazz Night (for jazz performance) every Wednesday, 8:30 p.m., Swing Night (for dancing to swing and jazz) every third Wednesday, 8:30 p.m., and a Botánico Tianguis, offering plants and related products two weekends a month in the main plaza.

The hours of Mercado Via Libertad may seem a little complex, complicated by the fact that not all restaurants are open when the center as a whole is open, but here goes: it opens every day at 1 p.m. (so no breakfasts), except Sunday, when it opens earlier, at 11 a.m., and closes earlier, at 8 p.m. Monday to Wednesday, the complex closes at 11 p.m.; Thursday, Friday and Saturday at midnight.