A famous, diminutive statue of a urinating boy in Brussels, Belgium was decked out in a special Mexican costume this week, as many nations around the world gave a nod to Mexican Independence. 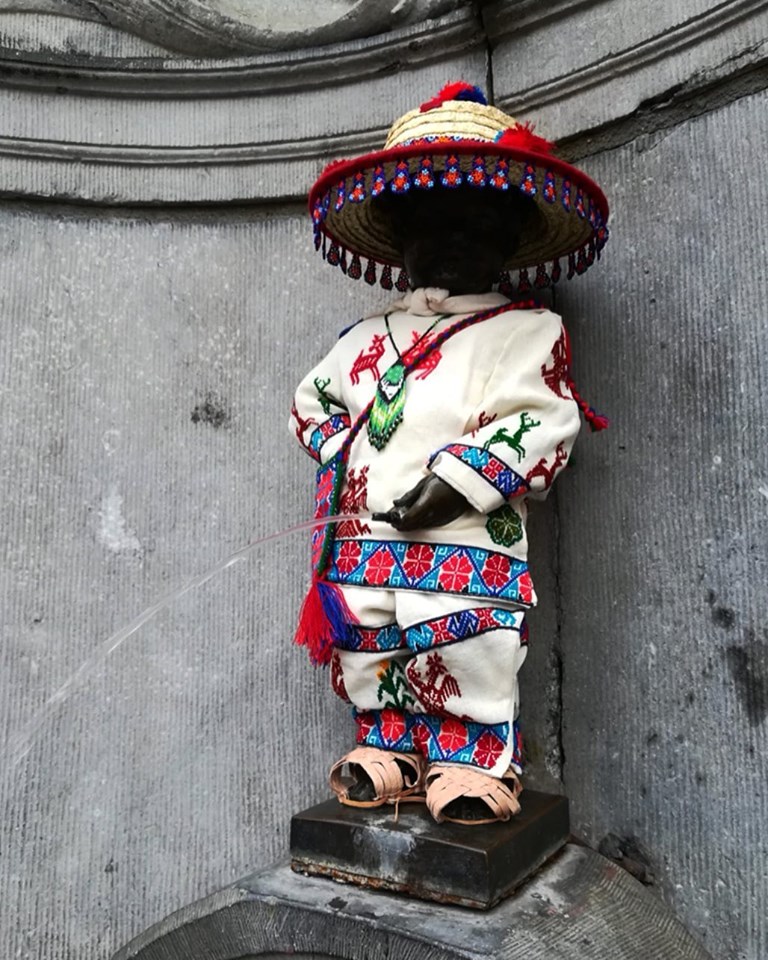 The Manneken Pis, one of Brussels’ most visited tourist attractions, was clothed in traditional garb made by the Wixárika indigenous people of northern Jalisco.

The costume consisted of a manta suit adorned with chaquira beads, a decorated straw hat, a bag, earrings and huarache shoes.  The suit also is decorated with traditional Huichol  symbols such as corn, deer, an eagle, peyote and flowers.

Seven male and female artists from the community of  San Andrés Cohamiata designed and created the costume.

Further examples of Wixárika arts and crafts were on exhibit in Brussels during the Mexican Independence festivities. Two installations featuring 600 “Ojos de Dios” (Eyes of God) were exhibited at the Palais des Beaux-Arts and in a street adjacent to the Manneken Pis. 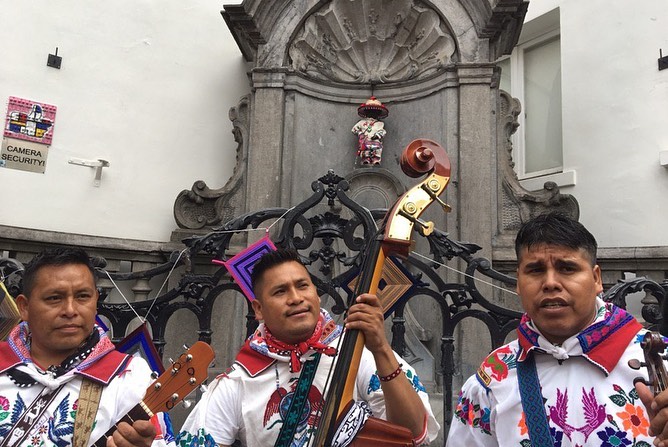 Eyes of God are a spiritual and votive object made by weaving a design out of yarn upon a wooden cross and are an important ritual artifact used at offerings at ceremonies performed at the tribe’s five cardinals points, located in Hauxamanaka, Durango; Xapawiyemeta, Chapala; Wirikuta, San Luis Potosí; Haramara, Nayarit and Te’akata, in the Huichol Sierra.

Since 2000, the Manneken Pis has been dressed in costumes from all over the world several times each week. The schedule is posted on the railings around the fountain.  His wardrobe may be viewed in a permanent exhibition inside the nearby City Museum. The statue wore his 1,000th costume in May 2018.

This is not the first time the Manneken Pis has been attired in Mexican gear for the annual Fiestas Patrias. In 1953 he donned a mariachi suit, in 1960 a charro costume, in 1993 the outfit used by the Voladores de Papantla, and in 2012 a jaguar costume from the state of Guerrero.

The collaboration with Brussels is part of Jalisco’s participation in the International Year of Indigenous Languages, according to Culture Secretary Giovanna Jaspersen, who travelled to Brussels for the event. 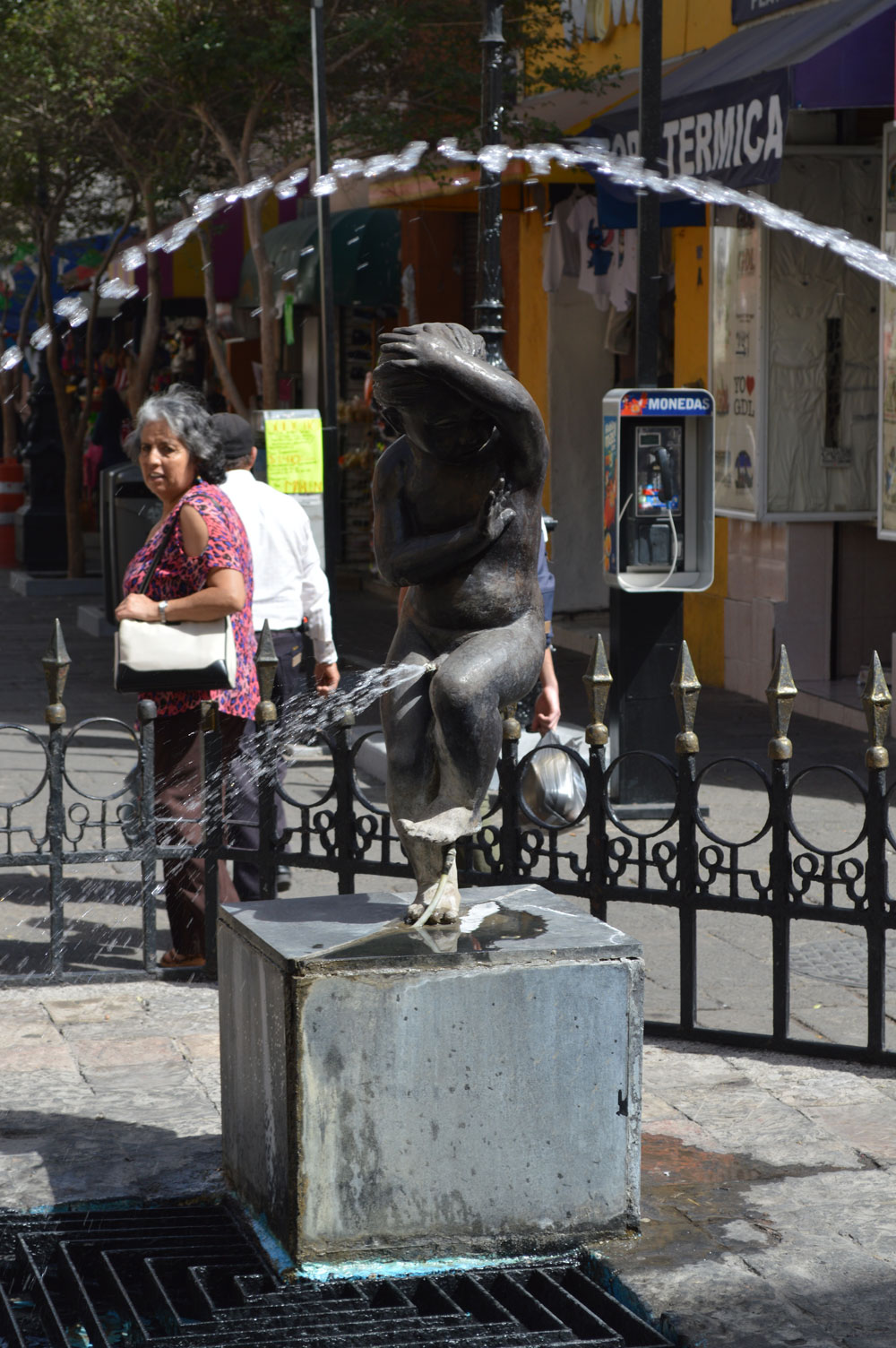 Numerous copies or imitations of the Manneken Pis have been created both in Belgium and elsewhere. This one, in Guadalajara, can be found in the Plaza Tapatia, but is not touted as an important tourist attraction.