The internet and your tech-savvy friends may be singing the praises of a smartphone application, BilletesMX, touted as a great tool for distinguishing genuine, new 200- and 500-peso bank notes from the counterfeit ones that have been popping up. 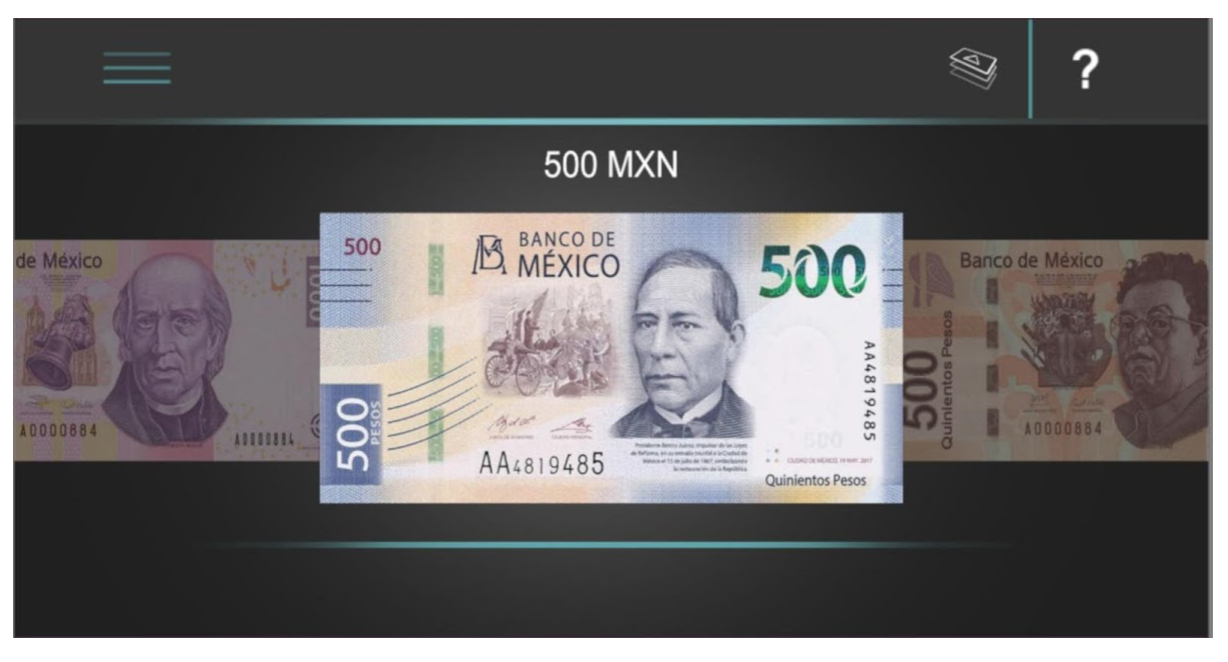 They may even demonstrate for you by putting a bill flat on the table, getting it squarely within the phone and app’s camera and showing you how the 3-D eagle flaps its wings, the bell tolls, the carriage rides on, or the mother and baby whales swim around—all supposedly indicating your bill is the real thing, at least in the minds of the one million people who have downloaded BilletesMX, according to Banco de México spokesman Alejandro Alegre, Director General Emisión Banxico, the arm of Banco de México that put out the app.

However, the newspaper El Universal announced September 11, that when staff photocopied a new bill and subjected it to verification using the app, the responses were the same as for genuine bills—flying eagles, etc.

Alegre urged Mexicans September 12 to check their bills, emphasizing that the app does not detect false bills and its purpose is to draw attention to the many security features that the new bills boast (see story, Guadalajara Reporter, Sept. 14). Perhaps the easiest and most telling are the large numbers 500 and 200, whose colors shimmer noticeably when you tilt the bills, and the slightly raised lettering in “BANCO DE MEXICO” at the top of the bills, which you can run your finger over.

Some people may rather not know, except at the moment when a bill is handed to them and they can still reject it. According to the Banco de México website (searching “¿Qué hacer cuando se sospecha de la autenticidad de un billete o moneda?”), it is a crime to spend money you suspect is counterfeit, punishable by a fine and up to an astonishing 12 years in prison. You are not supposed to destroy it or keep it either, although it is unclear if these are criminal acts.

What are you supposed to do if you suspect a bill is counterfeit? The options are bureaucratic and unattractive. The official federal bank site says you should surrender it at a bank branch (or to the one branch of Banco de México, or Banxico, in Guadalajara, at Avenida de las Américas 1612), and fill out a receipt form called Anexo 6A, being sure it shows a Número de Recibo SAM, and includes both your and the teller’s names and signatures. Then wait about 20 days for a reply (which you can check online). If the bill is judged authentic, you receive the money back, and if it is false, you’re out of luck; you will not be reimbursed.

If you suspect a bill you receive from an automatic teller, take it inside to a teller and go through a similar process, although with even more authentification (letters, receipts, IDs, etc.)

For those who would like to download BilletesMX—and who can complain about a free app even if it is mostly a toy?—keep in mind that it occupies 232.7 MB on your phone (which must have a good, new processor, not an older one) and has a low user rating of 1.6 out of a possible 5.

Alegre publicized information that may interest fans of money and banking: about 400 people took part in the production of the new Mexican bills; only two manufacturers in the world make equipment for printing money (Mexico selected the European equipment manufacturer instead of the Asian one); and acquiring the software necessary to produce the BilletesMX app cost Mexico 500,000 pesos (about $US25,000).