Probably few of us have ever read a study by an epidemiologist, and if we have, I would venture to guess that it lacked dramatic power. But “City of Omens,” with its title promising something more than dry science, is a compelling recent (2019) book by a scientist who doesn’t always write only for colleagues. 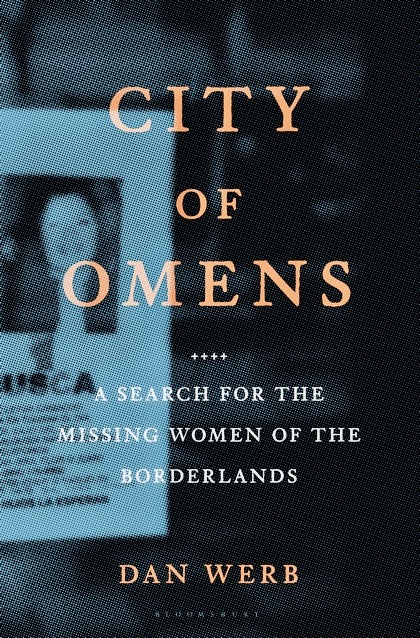 The work has the flavor of a mystery, with whiffs of the emotions – sadness and hope – that drove the author to examine the epidemic of murdered women at Mexico’s northern edge. Yet it somehow never loses touch with professional discipline.

Tijuana and its sister city San Diego are not the first locales on which the young Canadian Dan Werb has turned his spotlight. He was weaned on studies of Vancouver’s drug-injecting district and went on to join the faculty of the University of California, San Diego, and study similar topics in Afghanistan, Estonia, Kyrgyzstan and elsewhere. So, even for those of us who think we’ve heard everything about the borderland murders of women, Werb’s wide-ranging book generates plenty of I-didn’t-know-thats, a great many of which relate to topics close to home.