Crunchy on the outside but soft on the inside, the “birote” is a delicious French-style baguette native to Guadalajara. 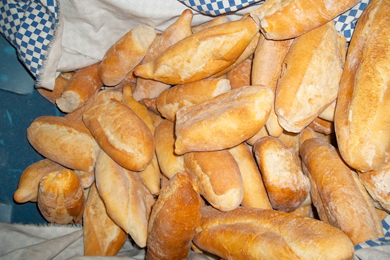 Birote is produced almost exclusively in the metropolitan area because the city’s climate and altitude give the bread a unique taste and texture that cannot be equalled in other parts of Mexico.

It is thought that birote’s origins date back to 1864, when a Belgian named Camille Pirrotte arrived in Guadalajara as a sergeant in the French army.

Thanks to a not-so-brilliant move by Napoleon Bonaparte, Mexico was under French control with an Austrian emperor, Maximilian I. Part of the emperor’s grand scheme to win over the hearts of the Mexican people was to enlist the troops in teaching French culture and customs. Maximilian would later meet death by firing squad, but Mexico was bequeathed bread, mariachis and fine furniture.