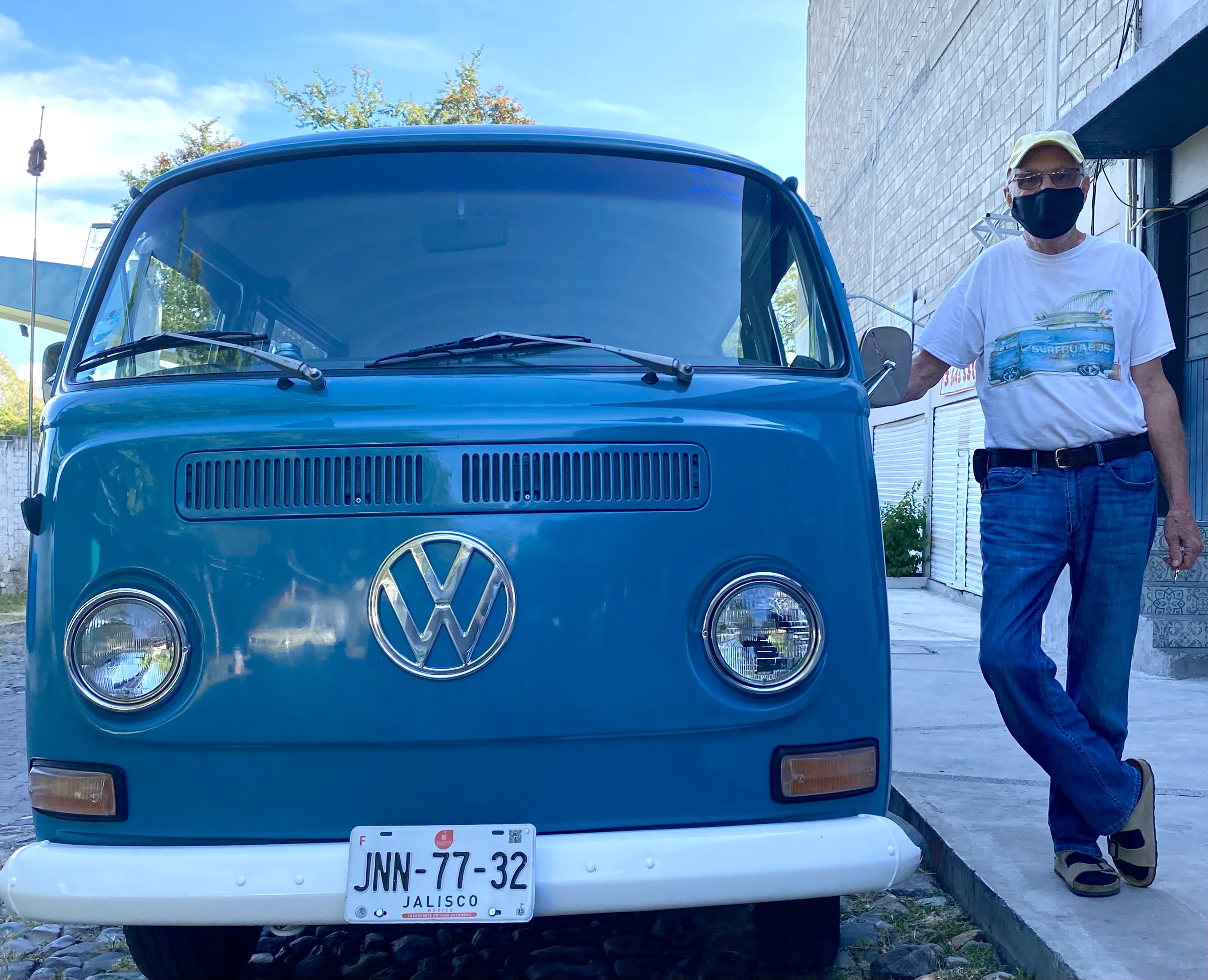 With 640,000 kilometers on the odometer – that’s 16 times around the world – Old Blue shows no sign of slowing down. Nor does the driver, Major T. Benton, a Vietnam veteran who, before finding a home on the shores of Lake Chapala, had roamed from Virginia to Southeast Asia, Maine, Massachusetts, Canada, the Florida Keys and New Mexico.  A “watershed” in his life, Vietnam had taught Benton “to never stay in one place for long. The longer you stayed the more likely you were to be discovered and harmed.” An unrelenting teacher, Vietnam and its attendant PTSD ultimately led him to Mexico, perhaps the final piece of the puzzle about which he writes with unflinching honesty in his latest book, “Pieces of my Puzzle – Selected Writings from a Reputable Vagabond,” and to the realization that “everybody who was there spends a lot of time looking for some way to not have to deal with Vietnam.”

As a 2nd Lieutenant in the Marine Corps, young Tommy Benton led a platoon of 36 men – Black, Korean, White, Mexican. For the first time in his life, raised in a town where the only Black students were football players on scholarships, he was now part of a diverse group of men on a mission that would forever change him.  He would lose 17 of those men, and penning condolence letters to each of their families, expressing gratitude for their heroism, he also arrived at a grim realization about the futility of war. This was no victory for America.  In a harrowing letter home to his dad, Benton recounts Operation Star Lite. Knowing his mother had been upset by the details of previous letters, he sent it privately to his father’s post office box, warning his father that he would return a different man. “I now have the strongest feeling I’ll make it through this mess, if only to bring back the message of how stupid it is to throw lives away like this. It makes no sense regardless what glorious label you put on it. There has to be a better way. There has to be.”