With the more relaxed pandemic measures announced February 13, the Ex Convento del Carmen is marking its re-opening – although in truth it has for months been more open than other Guadalajara art venues – with a variegated, non-classical exhibit focused on refugees and migrants worldwide, as seen through the eyes of 13 artists. 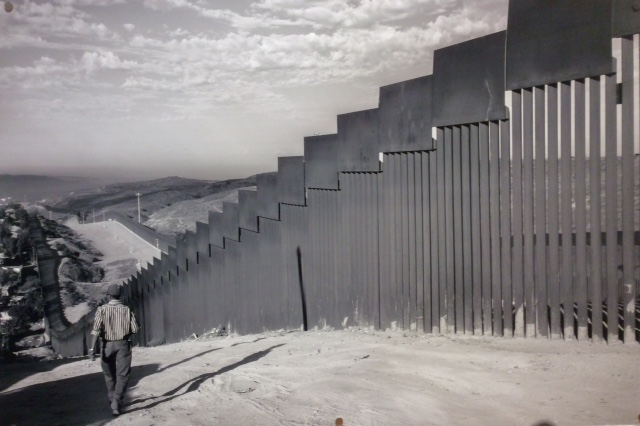 It is a theme that Ex Convento exhibitions have dealt with before, although this show, “Tierras Prometidas” (Promised Lands), has a wider geographic focus, including the Mediterranean, Syria, Florida and Cuba, as well as the by-now staple in this white-knuckle drama, the U.S.-Mexico border.

“Tierras Prometidas” was organized under the auspices of Jalisco’s Secretary of Culture, a notable proponent of human rights, and by four curators, who wish viewers to comprehend a world crisis that, they point out, has created a current total of refugees greater than after World War II. The show has the apparent blessings of organizations such as Mexico’s National Human Rights Commmission and even the American Civil Liberties Union, whose brochures are at the entrance, just before the imposing cyclone fence installation spray painted with “Ellos” (Them) by Puerto Vallarta artist David Birks, which immediately arrests visitors.