While most of the attention on International Women’s Day focused on rights issue, it should not be forgotten that more and more women in Mexicoare excelling in their chosen fields.

Here are ten who deserve recognition. 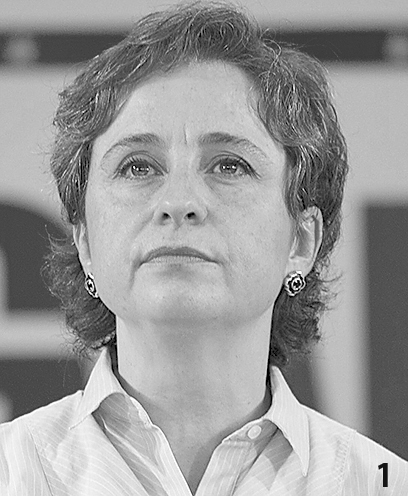 JOURNALIST. One of Mexico’s leading journalists, authors and opinion leaders, she is best known for her critical investigations of the Mexican government. Her in-depth reporting has garnered her many awards, and she has been particularly lauded for fighting for women’s causes. Her determination to pursue democratic ideals and freedom of expression has led to many conflicts with authorities, not only in government circles, but also in the higher echelons of the media world. 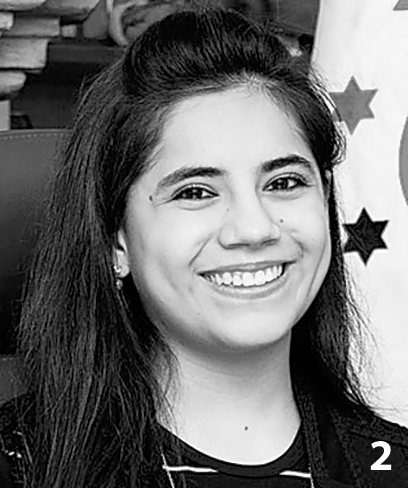 STUDENT.  Child prodigy who earned a degree in mathematics at the age of 13, and graduated with a masters degree from Harvard University at 18, the youngest Mexican to ever do so. Together with her brother, she has started Reinicia, a project to help young Mexicans make their ideas become reality. 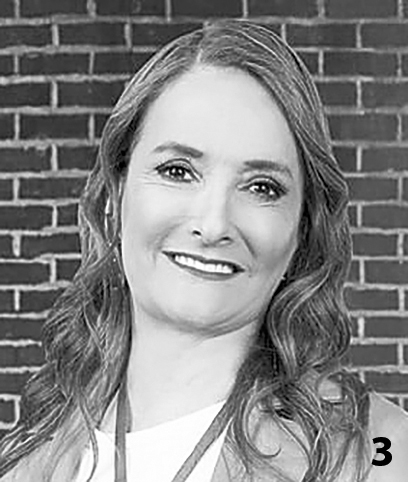 ENTREPRENEUR. Entrepreneur and founder of Financiera Sustentable, a business that works for a more sustainable Mexico by helping small companies install renewable energy consumption technologies. An advisor to several large corporations, she has earned a wide following on social media for her forthright views about poverty reduction in Mexico. Plans to run for the federal legislature for the ruling Morena Party in June’s elections. 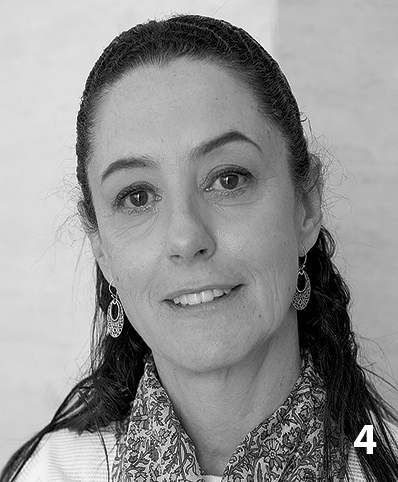 POLITICIAN. The first woman to be elected mayor of Mexico City, Sheinbaum has been active in politics since her days at the National Autonomous University of Mexico (UNAM), where she earned a degree in physics and a masters in energy engineering.  In 2007, she was part of the Intergovernmental Panel on Climate Change at the United Nations in the field of energy and industry, which won the Nobel Peace Prize that year. She served as Secretary of the Environment for Mexico City from 2000-2006, and occupied other political posts before being elected  to a six-year term as Mexico City mayor in July 2018. 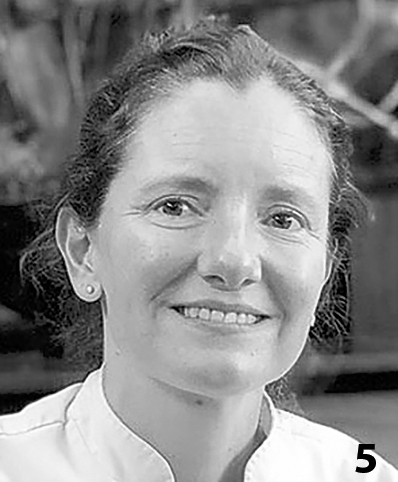 CHEF. In a sphere dominated by men, Reygadas was voted among the 50 top chefs of Latin America in 2014, as well as the region’s top female chef. Although she studied literature at university, she switched to her passion, cooking, studying at The French Culinary Institute in New York, before gaining hands-on experience at a top Italian restaurant in London. She went on to open Rosetta in the Roma district of Mexico City, which has become known as one of the finest dining experiences in the capital. Recognized for her vision and innovation, Reygadas later opened a second eatery, Lardo, in Colonia Condesa. 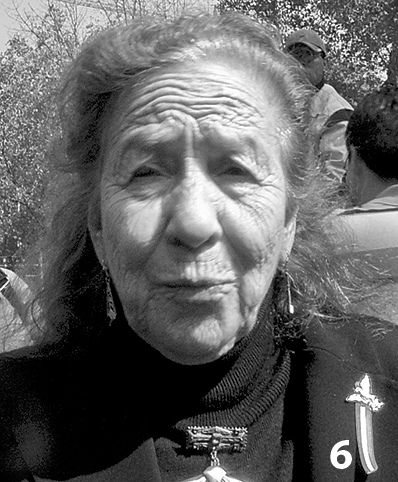 ACTIVIST. Led movement to uncover the truth about disappeared left-wing political prisoners in the 1970s and went on to become the first woman in Mexico to run for the presidency in 1982, under the banner of the Workers Revolutionary Party.  Her “Eureka Committee of the Disappeared” managed to identify and liberate 148 out of 557 political prisoners on her lists during the López Portillo administration (1976–1982), although she was never able to find her son, who was one of the missing. At the age of 93, she continues her fight to this day. 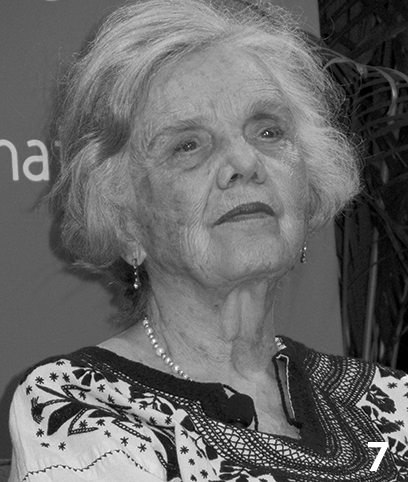 AUTHOR.  French-born with aristocratic roots, Poniatowska has eschewed her background to focus her writing mostly on human rights issues, especially those related to women and the poor. Through her beginnings as a journalist, she honed the technique of penning “testimonial narratives” covering topics such as the 1968 Tlatelolco student massacre, the Zapatista uprising in Chiapas and the 1985 Mexico City earthquake. One of Mexico’s most prolific writers, with several novels also to her name, she has been the recipient of multiple domestic and international awards. 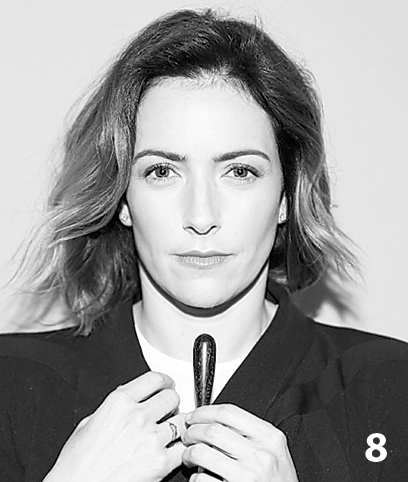 CONDUCTOR. Among only a handful of internationally renowned female conductors, De la Parra studied piano and conducting at the Manhattan School of Music, and served as an apprentice conductor with the New Amsterdam Symphony Orchestra. In 2003, she founded her own ensemble, the Mexican-American Orchestra, which later became the Philharmonic Orchestra of the Americas.  In 2015, she made her first guest-conducting appearance with the Queensland Symphony Orchestra, and has gone on since then to appear with other leading orchestras, breaking many barriers for female conductors. 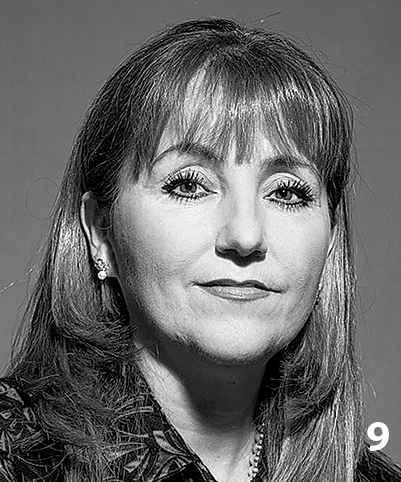 LEADER.  Guadalajara-born business executive who is the president and CEO of  the high-profile World Travel & Tourism Council (WTTC), which represents the global travel and tourism private sector. She took up the post in 2017, after serving as tourism minister in the administration of President Felipe Calderon (2006-2012). During this time, Guevara was responsible for improving and re-launching the Pueblos Mágicos program to promote Mexican culture, local traditions and folklore. She is also a special advisor to several private corporations. 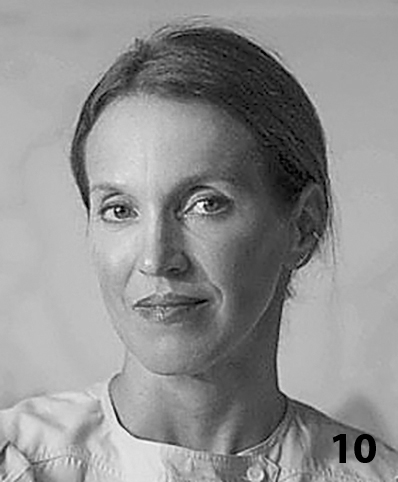 ARCHITECT. Born into a family of architects, Bilbao studied at the Universidad Iberoamericana and began her career with a government agency that oversees urban development and housing in Mexico City. She started her own company in 2004 to work on projects in China, Europe and Mexico. She received the Design Vanguard “Top 10 Emerging Firms” award in 2007 and in 2014 the Global Award for Sustainable Architecture Prize, which is presented annually to five architects who have shown unique approaches to sustainable development in response to the needs of society. In 2017, Bilbao was honored for her groundbreaking work in social housing and sustainable design.