“Mexican Kaleidoscope,” the latest book by Tony Burton, takes readers on a delightful romp through Mexican history and culture, spanning 10,000 years from the Pre-Hispanic era to modern times. 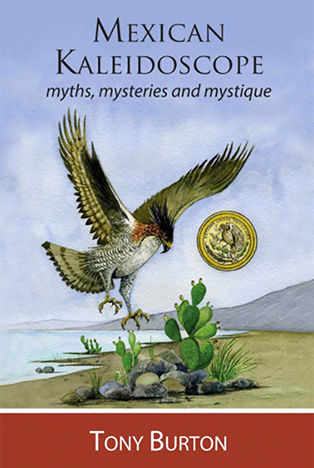 The author explains the genesis of the book in the first line of his preface: “My quest to find evidence of the past in Mexico’s present led me to some surprising discoveries.” It’s an observation that reflects his unquenchable thirst for “little-known facts, incidents or individuals plucked from the vaults of Mexican heritage.”

Indeed, over 165 pages broken up into 30 brief chapters, Burton reveals astonishing details about the people and events woven into the rich and colorful tapestry that is Mexico. All the better due to his knack for turning dry facts into to fluid prose. It’s the kind of book you can easily read straight through or jump from one vignette to another according to the appeal of the diverse topics.

The first three thematic sections are related to the centuries prior to the Spanish Conquest, proceeding chronologically through the era of New Spain’s settlement and the consolidation of independent Mexico.

Here he explores the foundations of Mexican farming and cuisine, the scientific genius of ancient astronomers and secrets unraveled through archaeological research. Further on he introduces the cradle of the Mexico’s wineries, the population’s African roots, great exploratory adventures by land and sea, and the ups and downs of the railway industry and military ventures.

Subsequent sections delve into people and society, and culture and popular beliefs, offering fascinating insights on the insular Huichol and Tarahumara tribes, true tales of eccentric characters who have left their stamp on the country, and the superstitions and common wisdom that make the people tick. 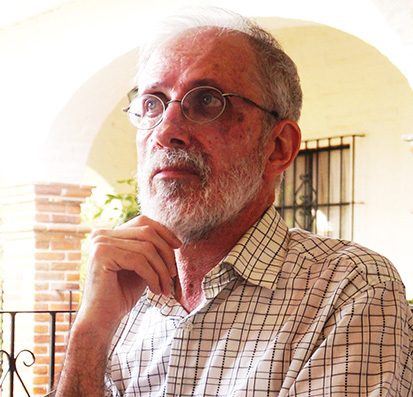 The text is complemented with handsome black-and-white illustrations designed for each chapter by lakeside artist Enrique Velázquez. The final pages are dedicated to a comprehensive bibliography and complete index to the contents.

The good news for lakesiders interested in acquiring “Mexican Kaleidoscope” is that Burton will launch sales at a public presentation and book-signing reception scheduled for Friday, December 2, 5 p.m., at the Centro Cultural de Ajijic. The books will be sold at discount price compared to the Mexican retail price of 300 pesos (US$19.99). Guests will also be able to view an exhibit of art works by Velázquez while enjoying wine and light refreshments.

Born in the United Kingdom in 1953, Tony Burton is a geographer who taught, lectured and guided specialist cultural and ecological trips in Mexico for 18 years. He and his wife Gwen currently reside on Vancouver Island, B.C., Canada and frequently travel back to Mexico.

His previous book titles include “Western Mexico: A Traveler’s Treasury” (2014), now in its fourth edition, and “Lake Chapala Through the Ages, an Anthology of Travelers’ Tales” (2008). He is the co-author, with Dr. Richard Rhoda, of the landmark volume “Geo-Mexico, the Geography and Dynamics of Modern Mexico” (2010).

He has also written extensively on Mexico’s history, economics, tourism and geography, with bylines appearing in numerous magazines, journals and online publications in Mexico, Canada, the United States, Ireland and elsewhere. Look for his growing compilation of profiles on writers and artists tied to the Lake Chapala area at sombrerobooks.com and frequent contributions to the geo-mexico.com website.