The 25-member Coro del Estado de Jalisco is celebrating 40 years of history with several free concerts, the next two in the graceful Edificio Arroniz (home to the state Culture Department), which fronts a historic plaza in downtown Guadalajara (Calle Zaragoza 224). 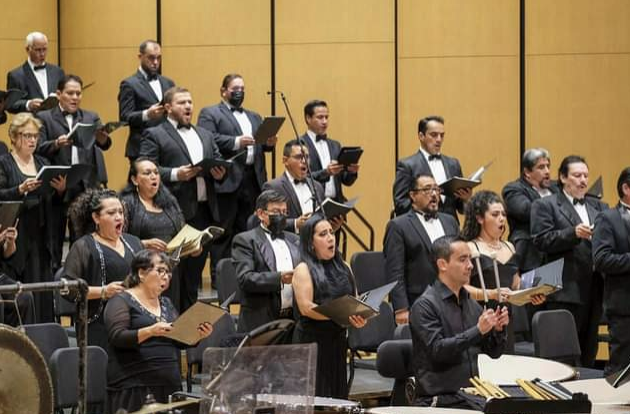 The Wednesday, November 17, 7 p.m., concert presents Rutter’s “Requiem” in his version accompanied by a chamber orchestra (flute, percussion, harp, organ, oboe and cello, of which the latter have solo parts). The “Requiem” is appropriate because the choir is remembering its departed members, said Director José María “Chema” López Valencia. Lyrics include the psalms “The Lord is my Shepherd” and “Out of the Deep.” The “Requiem” will be performed in the Salon Versailles, whose acoustics are appropriate for it, Lopez noted.

Tuesday, November 23, 7 p.m., the choir presents Rutter’s “Gloria,” accompanied by organ and the brass ensemble of the Banda Sinfónica del Estado. Also on tap that evening is a new work composed for the Choir by one of its bass singers, Daniel Lemoine—“Yo Voy Alegremente” (I go happily), which employs traditional Mexican musical themes and lyrics from a 19th-century poem by Enrique Gonzales Martinez. Lopez said these pieces will be performed in the Arroniz Building’s patio, an acoustically appropriate location for this concert.

Seating is on a first-come, first-served basis, so patrons are advised to arrive early.