Increased appetites for frog’s legs at restaurants in the United States has seen a modest surge in the number of frog farms in the state of Jalisco.

Fifteen specialized farms harvested 20 tons of frog’s legs  last year, of which two tons were exported north through a marketing company based in Queretero.

According to Rubén Ruiz Medina of the Rural Development Secretariat (SEDER),  farmers sell the frog meat for around 140 peso  kilogram and need to produce at least two tons annually to make their operations viable. 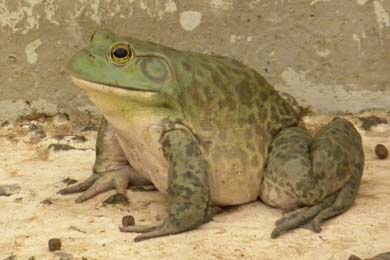 Breeding frogs to sell as live animals is another option for farmers, Ruiz Medina says.  Demand for live frogs in the United States is between 60,000 and 80,000 a year, and the amphibians sell between 90 to 100 pesos a kilo.

Apart from the correct kind  of wetland (a minimum of 350 square meters is required, says Ruiz Medina), successful frog farming is dependent on variables such as labor and feed costs, cannibalism, disease, climate, water quality and predation.