Over the next week, more than 20 architectural firms will submit designs for the first building of the Ciudad Creativa Digital complex,  the ambitious project to lure multimedia tech firms to downtown Guadalajara.

Around 200 hectares of land surrounding the rundown Morelos Park in the city center has been made available for the complex, which aims to house 10,000 media and IT professionals when finished. 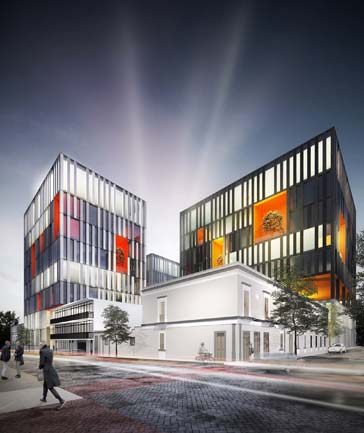 When the project was announced in 2011, it was hoped that companies such as Viacom, News Corporation, Walt Disney, Sony and Comcast/General Electric might be attracted to the project.

As yet, Bosch is the only international firm that has committed to the complex and will occupy four floors of the initial building.  The German firm’s priorities include the development and validation of hardware and software for electronic control units used in automobiles.

Bosch announced this week that Mexico could see its first driverless car by 2020. The company already has production contracts to supply radar, cameras, control units and other technology needed for partially autonomous driving in 2017 and 2018.

Bosch is a leader in the field of driverless car development. This is because the advanced sensors and electronics that form the building blocks of self-driving cars are often made by suppliers, not car manufacturers.

Bosch is planning to move into the Ciudad Creativa Digital by the end of 2016, but local business sources say the company may seek alternative accommodation if the first of the three planned high-rise buildings is not ready in time.