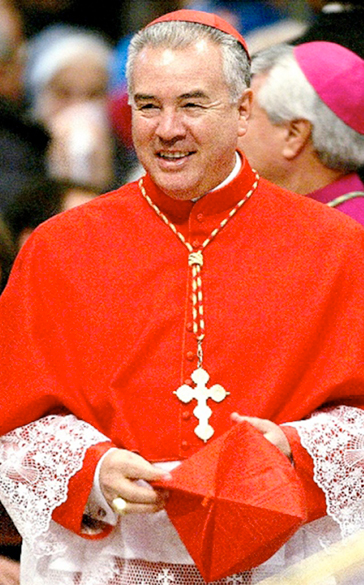 Sandoval, 78, reached retirement age in 2008 but the pontiff asked him to stay on for a few more years.

Sandoval has occupied the position since April 1994. He was installed as a cardinal in November of that year.

Robles, aged 62 and born in Mascota, Jalisco, studied at the Guadalajara seminary. He was ordained in 1976 and designated a bishop in 1991. He served as bishop of Toluca and archbishop of Monterrey and was named a cardinal in 2007.

In January this year, Pope Benedict named him a member of the Papal Council for the Promotion of the New Evangelization.

Robles will be installed as the new archbishop in the second or third week of February, according to the archdiocese press office. Sandoval requested that his successor be welcomed with “an open heart and the best possible collaboration.”

Sandoval took over as archbishop from the late Juan Jesus Posadas Ocampo, who died after getting caught in the middle of a gun battle between rival drug gangs at the Guadalajara airport in 1993.

Sandoval has never believed that Posadas was not the intended target and has constantly challenged the Mexican government’s view that the prelate was simply in the wrong place at the wrong time. At various times over the past 17 years he has claimed to have evidence of a plot but never provided any detailed information with legal substance. 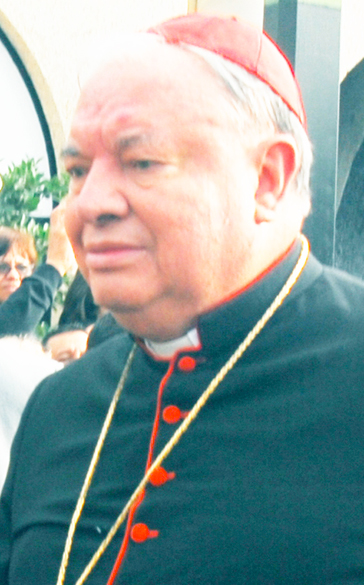 One of Sandoval’s major accomplishments was seeing the canonization of 27 Mexican clergymen who died fighting against oppressive state secularism in the Cristero War of the late 1920s.  He has also promoted the construction of a massive temple in their honor on the western side of the city that has yet to be finished.

Rigorously conservative in his views, Sandoval has angered many of the state’s more liberal citizens with his outspoken opinions on many issues that they believe are not in his spiritual domain.

Among his many controversial statements over the years, Sandoval once declared that “to be a protestant, one cannot have any shame,” and has drawn criticism from gay rights groups for using the offensive term “maricón” to describe homosexuals. He has rallied against the use of condoms and emergency contraceptive pills, and of female rape victims once said, “women should not go around being so provocative, because of this there are so many rapes.”

Sandoval made himself a particularly unpopular figure among the politicians of the leftist Party of the Democratic Revolution (PRD), with perhaps his most polemic outburst occurring in August 2010, when he waded into the debate on the legalisation of gay marriage in Mexico City.

The cardinal accused Marcelo Ebrard, the PRD mayor of the capital, of bribing the Supreme Court judges to uphold new legislation legalizing gay marriage and the adoption of children by gay couples. Ebrard filed suit against him for “moral damages” in the Federal District Court of Justice after Sandoval refused to retract his comments.

Another scandal broke in July 2011, when diplomatic cables leaked by WikiLeaks revealed that Sandoval had solicited the help of the U.S. government in preventing the election of PRD candidate Andres Manuel Lopez Obrador in the 2006 presidential election. Although there is no evidence of U.S. intervention, Lopez Obrador alleged that he was the victim of voting fraud after narrowly losing the election in controversial circumstances.

Unsurprisingly, PRD state legislator Raul Vargas Lopez welcomed the news of Sandoval’s retirement this week, declaring it “a positive change for the Catholic community in this city.”

On the other side of the political spectrum, the cardinal is a close friend of Governor Emilio Gonzalez of the conservative National Action Party (PAN). Gonzalez authorized a state homage for Sandoval in July and back in 2007 even described him as “a prophet on earth” and a figure of “international importance.”