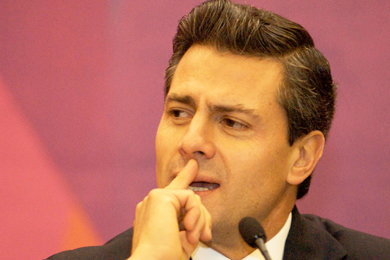 Presidential frontrunner Enrique Peña Nieto found himself embroiled in an online furore over classism and his knowledge of literature this week, after making a high-profile blunder at Guadalajara’s International Book Fair (FIL).

In a press conference after delivering the keynote address at the International Meeting on Democratic Culture, the Institutional Revolutionary Party (PRI) politician stumbled when asked to name three books that have influenced his life.

Seemingly panicked at having to go off-script, Peña Nieto vaguely cited “some parts” of the Bible, before erroneously attributing Carlos Fuentes’ “La silla del águila” to Enrique Krauze, and failing to recall the name of a third book of his choice. The 45-year-old politician struggled to remember the title or author of the book he is currently reading and also made reference to a novel by Jeffrey Archer, a conservative politician from Britain who once served time in prison for perjury and conspiracy to pervert justice.

The message, which Paulina (@Pau_95Pena) seemingly endorsed by “re-tweeting,” was originally sent from her boyfriend’s account (@JojoTorre). Both accounts were soon deactivated, but only after thousands of users had condemned the comments as classist and offensive. 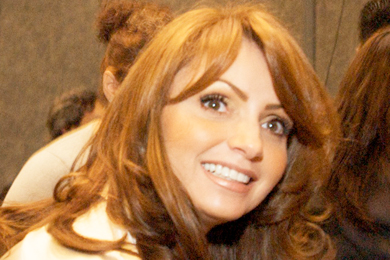 On Monday #soyprole (“I’m a prole”) was still Twitter’s top trending topic in Mexico, while seven of the ten most discussed topics in the country related to Peña Nieto’s appearance at the FIL two days earlier.

The aftermath of the incident also raised concern over online censorship. Under the hashtag #LibrariaPenaNieto (“Peña Nieto library”), the issue had quickly become the most talked about on Twitter – until the category was suddenly deleted from the micro-blogging site.

Accusations of censorship continued to circulate when, as more viewers watched a YouTube video of Peña Nieto’s gaffe, the page’s hit counter began to drop instead of rising. Proceso journalist Jenaro Villamil also said his “Homozapping” blog was hacked after he used it to spread news of the incident.

In an attempt to diffuse the situation on Sunday evening, Peña Nieto (@EPN) posted on his official Twitter account, “I’m reading tweets about my mistake yesterday, some very critical, others funny. Thanks everyone. We will continue working for Mexico.”

The next morning he added, “a core value of democracy is freedom of expression. The criticism of those who hold public office or aspire to do so is essential.”

Paulina then reactivated her account on Monday, tweeting, “I apologize wholeheartedly. My intention with the RT (re-tweet) was never to offend. I admit I did wrong and I regret it ... It was an impulse for me upon reading some tweets that were offensive towards my dad and my mom’s memory. Today I learned a great lesson.”

With the row refusing to die down, Peña Nieto also found himself forced to apologize for his daughter’s actions, posting, “The RT of Paulina was an emotional reaction to my mistake in the FIL. It definitely went too far and I apologize publicly for that.”

He added, “I talked to my kids about the value of respect and tolerance, I reiterated to them that we must listen to others and not offend them.”

Analysts predict the fallout from the incident could hurt Peña Nieto’s standing, although with over six months to go until the election it seems likely to be forgotten by the time voters go to the polls.

As footage of Peña Nieto’s slip-up went viral, many of his rivals and critics sought to capitalize on it. Jesus Zambrano, national president of the leftist Party of the Democratic Revolution (PRD) said Peña Nieto was a victim of the ignorance promoted by the neoliberal policies of the PRI and the ruling party.

National Action Party (PAN) politician Xochitl Galvez Ruiz tweeted, “This is what happens when money and image are placed above talent in politics,” while journalist Jorge Volpi wrote, “The candidates ‘write’ books and go to the FIL: mere campaigning acts that fail to hide their contempt for those who read and write.”

Amid the rush to criticize Peña Nieto, one opportunistic politician merely ended up embarrassing himself. In an interview with Radio Red, Ernesto Cordero, who hopes to win the presidential nomination of the incumbent PAN, said “we all have serious doubts” about the candidacy of Peña Nieto.

But when asked about his favorite books, Cordero mentioned, “Alice in Wonderland,” George Orwell’s “Animal Farm,” and “La Isla de la Pasión,” which he claimed was written by Isabel Restrepo. Cordero was then roundly mocked online upon being informed that the author’s name was in fact Laura Restrepo.

The entire episode circulated relentlessly across Facebook and Twitter this week, with many Mexicans commenting that when major candidates from the two biggest political parties cannot name three books without erring, this offers some reflection of the quality of politicians on offer.