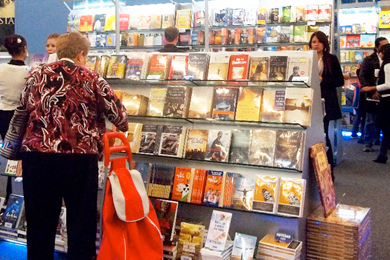 Guadalajara’s 25th International Book Fair (FIL) drew to a close last weekend, with a record level of attendance but a dip in sales compared with last year.

Having cost 64 million pesos to stage, the fair brought in 66 million, according to organizers. But despite attracting fewer attendees last year, the FIL actually made a bigger profit – four million pesos.

“I know that publishers are very happy,” said FIL President Raul Padilla. “The fair has become a means of discovering new talents.”

After Frankfurt, the FIL is the second largest book fair in the world. As the fair drew to a close it was announced that Chile, the invited guest in 2000, will return as guest of honor for next year’s event.