The American Consulate celebrated its parent country’s independence from the U.K. inside the massive convention hall of a technical school on the northwestern outskirts of Guadalajara, Friday, June 30. 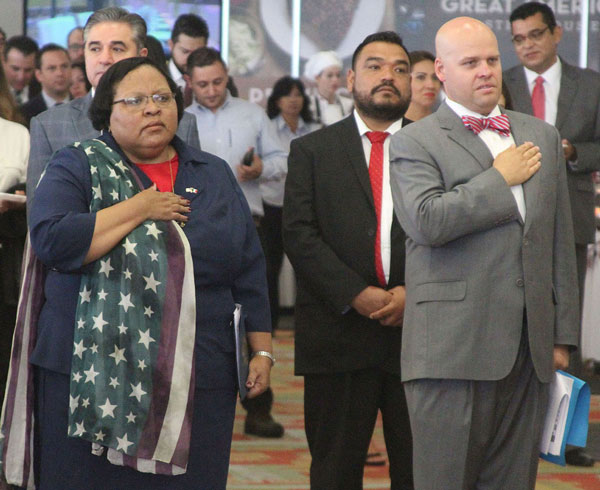 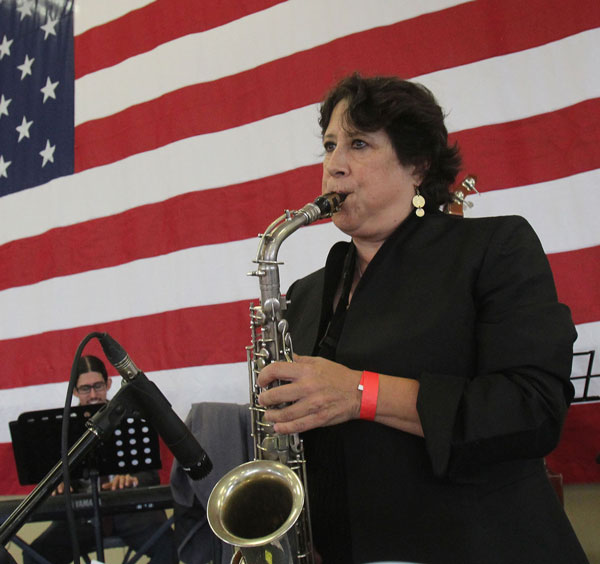 Tecnologico Monterrey Campus GDL, which dangles from the southern edge of a large air base, was heavily fortified for the event, with multiple checkpoints manned by officials with clipboards and several security details bristling with high-tech weaponry.

The event was attended mainly by Mexican businessmen and functionaries, plus a smattering of their American counterparts; the dress code was business formal.

At 1:15 p.m., after a 45-minute session of cocktails and flesh-pressing, the event kicked off with a recorded message from Roberta S. Jacobson, U.S. Ambassador to Mexico, followed by the Mexican and U.S. national anthems, sung with panache by Marco Marquez and Rebecca Marquez, respectively.

Then, Consul General Tanya C. Anderson gave an address in which she drew parallels both historic and economic between the city of Philadelphia, birthplace of the Declaration of Independence and historically an industrial powerhouse, and Guadalajara, a thrumming engine of commerce which also played an important role in its own country’s fight for independence.

“Like Guadalajara, Philadelphia is a colonial city with many historical sites and buildings,” said Anderson. “And they were both built to be political, economic and cultural centers of their respective regions,” she added. 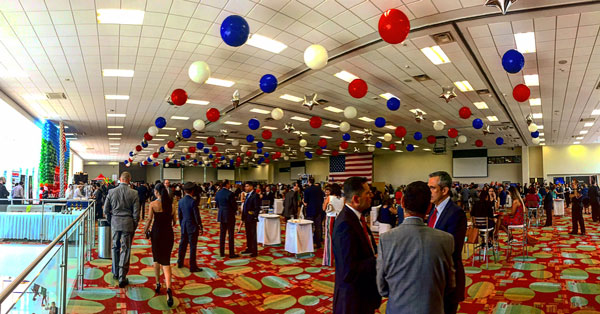 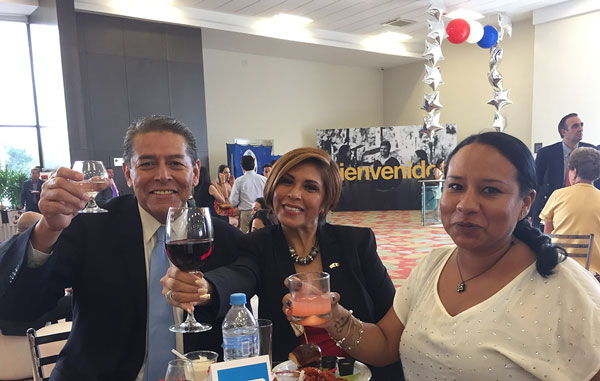 After the speeches wrapped up, a quintet took the stage led by a luminary of the Guadalajara music scene, multi-reedist Nathalie Braux.  A drummer, bass player, keyboard player and singer rounded out the instrumentation, creating a sound that combined jazz and klezmer music.

Offering glimpses into the American way of life were various north-of-the-border chains, including Chili’s, whose gustatory wares were complimented by a trio of young women sporting sashes emblazoned with the company’s name and logo; Johnny Rockets, an exercise in hamburger-scented mid-century nostalgia; Outback Steak House, flying the flag of American BBQ; Applebee’s, whose display came complete with a stack of waxy red apples; and Domino’s Pizza, manned by a comely young woman dressed in Domino-themed spandex and a person (gender unknown) occupying a giant domino suit. 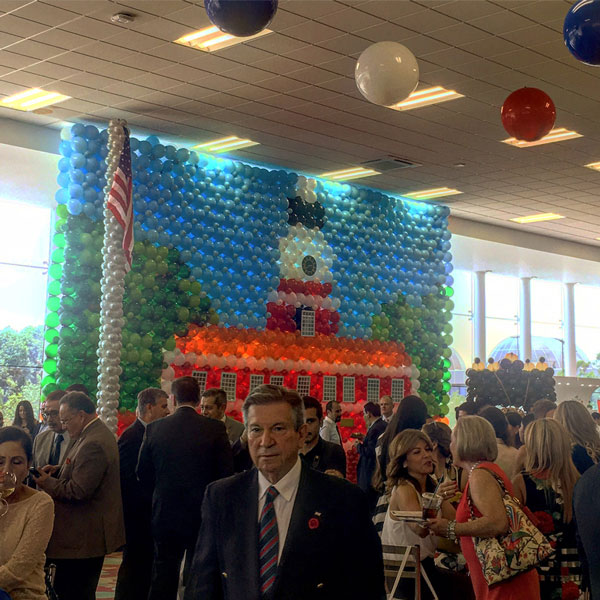 Three tequila firms represented for Mexico: Fortaleza, Casa Noble and Patron.  The Casa Noble and Patron labels are both owned by American entities, Constellation Brands and billionaire entrepreneur John Paul Dejoria, respectively, while Fortaleza is a Mexican-owned company with a good reputation among tequila-fanciers; they use the old, traditional methods to produce their top shelf spirits.

The celebration wound itself down in the late afternoon, dusty golden sunlight illuminating workers breaking down tables and putting glassware back in boxes as the crowd gradually thinned out. Men dressed in traditional charro (cowboy) outfits and American functionaries lingered at high tables sipped tequila and beer while the Mexican flag and Old Glory stood side by side undulating slowly on the raised dais.