An on-duty carriage horse dropped dead Sunday evening at the corner of Calzada Independencia and Prisciliano Sanchez, potentially putting the nail in the coffin, so to speak, of the city center’s horse-drawn carriage tradition (calandrias) — at least symbolically.

The animal’s passing occurred just two days prior to the Guadalajara municipal government rules and regulations commission’s approval of a measure banning the use of horse power to draw the city’s fleet of antique carriages.  The measure will now go to floor of the chamber to be voted on by the full city council, where it is expected to pass. 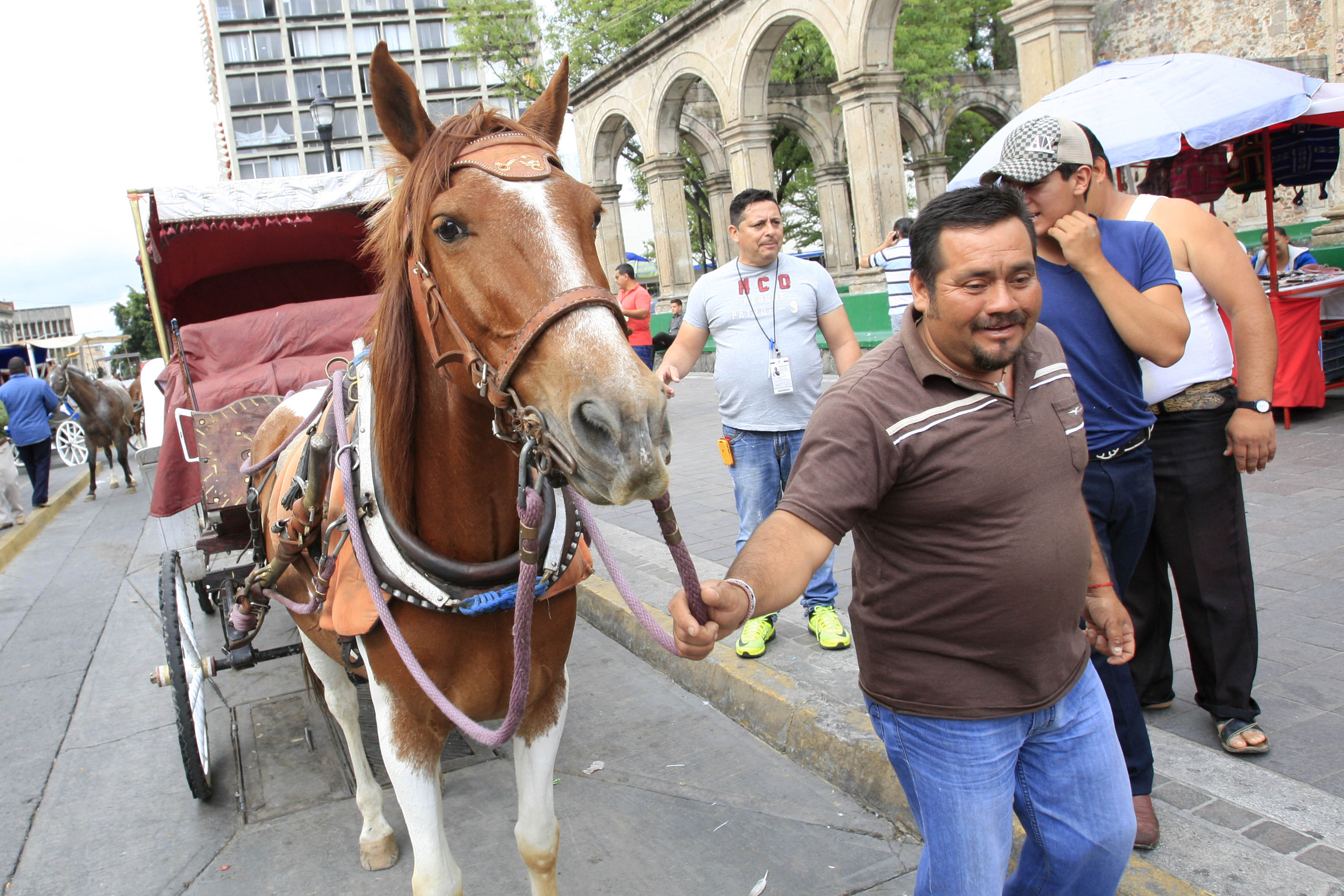 Prior to the animal’s sudden death, the carriage’s owner perceived the animal to be ill and called Animal Protection.  Upon arrival, the inspecting veterinarian requested the animal be let free of its painted wooden onus and be allowed to walk free. Shortly after, the horse fell to the pavement and died.

A necropsy conducted on the nine-year-old equine, known as Pantera, found that it had died from heart respiratory failure due to constriction from inflamed intestines.  Whether or not this malady was the result of maltreatment has yet to be determined.  It’s unlikely that it was a symptom of old age since horses routinely live to be 25 to 30 years old.

The government plans to replace the calandrias – mainstays of the city center for decades which harken back to a simpler, more gentile era – with modern, motorized/electric facsimiles.  It may prove to be a tough sell for people whose hearts were set on a romantic spin around Guadalajara’s colonial heart in a means of transportation historically and aesthetically in tune with the area’s graceful old architecture.