The economic woes brought on by construction of the number three Tren Ligero (subway) line along Avenida Alcalde in the Guadalajara city center may be the Klieg light that throws into glaring relief the neglect that has plagued el centro historico for decades, leading, perhaps, to a long overdue revival. 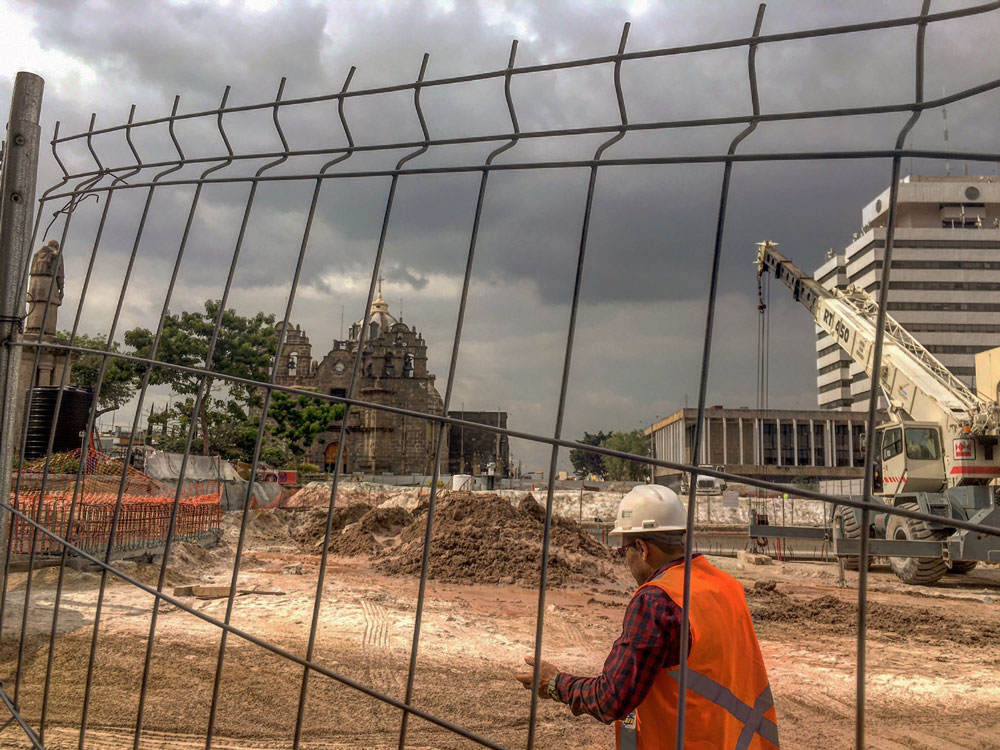 Businesses stitched onto this time-worn, dusty urban ribbon some 13 blocks long (and four wide), closed due to construction, have seen their operations devastated since ground for the new subway line was broken in 2015.

The Guadalajara Chamber of Commerce estimates the damage to be thus: 105 business shuttered, 1,700 lost jobs, and at least 388 million pesos in potential profits down the drain.  Those businesses which have remained open report losses of 50 to 90 percent.

A looming issue that the chamber is hoping to address concerns the subterranean project’s timeline.  As is often the case with large, expensive public works, the estimate for the termination of its excavation and construction was overly optimistic.  Next February will mark four years of work along the corridor, with little to no light at the end of the tunnel signaling completion.

A further shortfall, according to business leaders, is authorities’ seeming unwillingness to communicate transparently with both the general public and those who work in the affected area.  There has been little effort, for instance, to keep the populace updated on the ongoing status of the project or keep it apprised of transportation alternatives; the closure of Alcalde has created, ironically, a huge transportation black hole, no doubt the central culprit for the apocalyptic state of trade in the area.

The Chamber of Commerce hopes to address all the above-mentioned woes with the following demands:

One, that a meeting be convened at which the government will sign a completion date for the subway works.

Two, that merchants be financially compensated, even if so much as a day extra is written into the construction calendar.

Three, that a campaign promoting the advantages of shopping in the center (low prices being chief among them) is undertaken.

Four, that authorities continually keep the pubic updated on the work’s progress.

Many of these demands were made in concert with the Centro Historico Business Association, headed by Ana Maria Garcia. She recalls the monetary assistence offered to business owners when work first started, which took the form of a 60,000-peso loan from Siteur, the government agency that operates the city’s electrified train system.

“In comparison with the rents you pay on Avenida Alcalde, it was a palliative measure,” complained Garcia.

According to Juan Ibarra, manager of biker bar El Piston on pedestrian thoroughfare Pedro Loza, one block to the west of Alcalde, this monetary “support” was allocated to certain businesses to the exclusion of others.

“I don’t know why some did and why some didn’t [receive the loans],” said Ibarra. “Why some businesses were deemed worth of this support and others weren’t is beyond me.”

Tania Flores, owner with her father of barbershop Peluqueria Alex on Alcalde, pointed out the futile, Catch-22-esque nature of the Siteur loan.

“If I receive this loan, how am I supposed to repay it?” she said.  “There’s nobody here! No business! As far as I know, most of the businesses didn’t accept it because of that.” 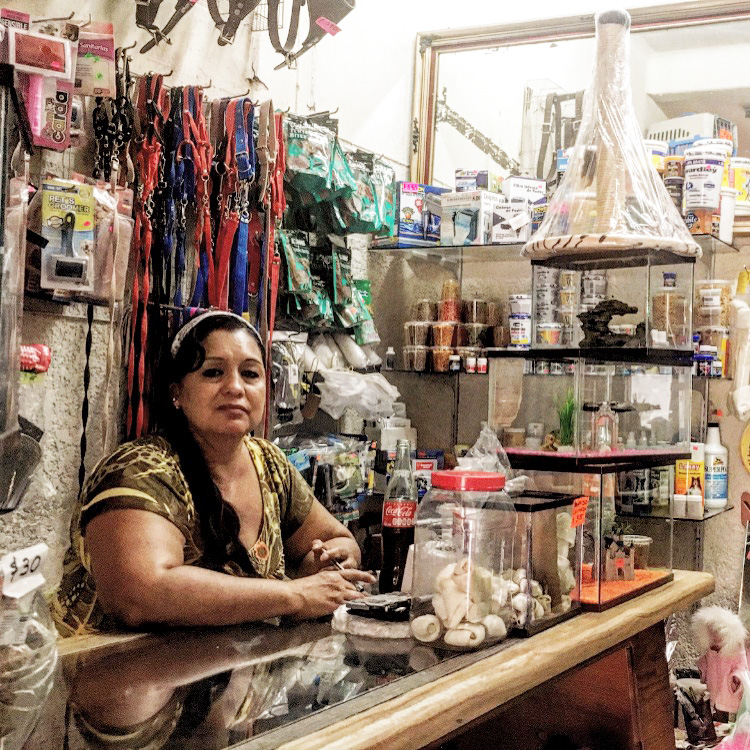 Flores’ father opened Peluqueria Alex over 40 years ago.  Notwithstanding the loyal following the shop enjoyed down the years, the subway works have created too formidable a hassle for many of their clients.  For people arriving to their appointments by bus, rerouted lines resulted in them being deposited over eight blocks away from the shop.  People with cars found parking in the area had become a Herculean task, with much of the surrounding area suddenly off limits; to park anywhere near their destination they risked being towed or fined.

Flores also mentioned safety as a major factor in people’s decision to avoid patronizing the area; de-population has emboldened criminals to take advantage of vulnerable people, a fact that an uptick in assaults reported along Alcalde bears out.

“We’re staying afloat with help from family,” said Flores. “We’ve been here so long.  My father has lived practically his whole life in this place.  It’d be really sad to have to leave. We’re holding out until we just can’t survive here anymore.”

Back on Pedro Loza, Rosa Elena Ramirez, cashier at a tiny pet shop, stared dolefully at the small television across the aisle from her counter and offered her own perspective on the area’s economic outlook.

“They say it will be worth it once the line is done, that it will attract more people to the area,” she murmured. “But we’ve lost 50 percent of our business.  There’s just enough for rent and my salary. The owner had to move back to Zacatecas to work in order to keep this place going.”

The prevailing attitude towards the government’s projected end date is one of weary skepticism.  Alberto Larios, an employee of Mercantil Tapatia on Pedro Loza for the last 20 years, has heard many promises made the last few years concerning his and other businesses’ deliverance from their financial woes.

“They tell me that next year they’ll be done,” said Larios.  “But I think it’s pure speculation.”