Pressure is mounting on Jalisco Governor Enrique Alfaro to revoke a bus fare hike that his predecessor Jorge Aristóteles Sandoval enacted days before his departure on December 6. 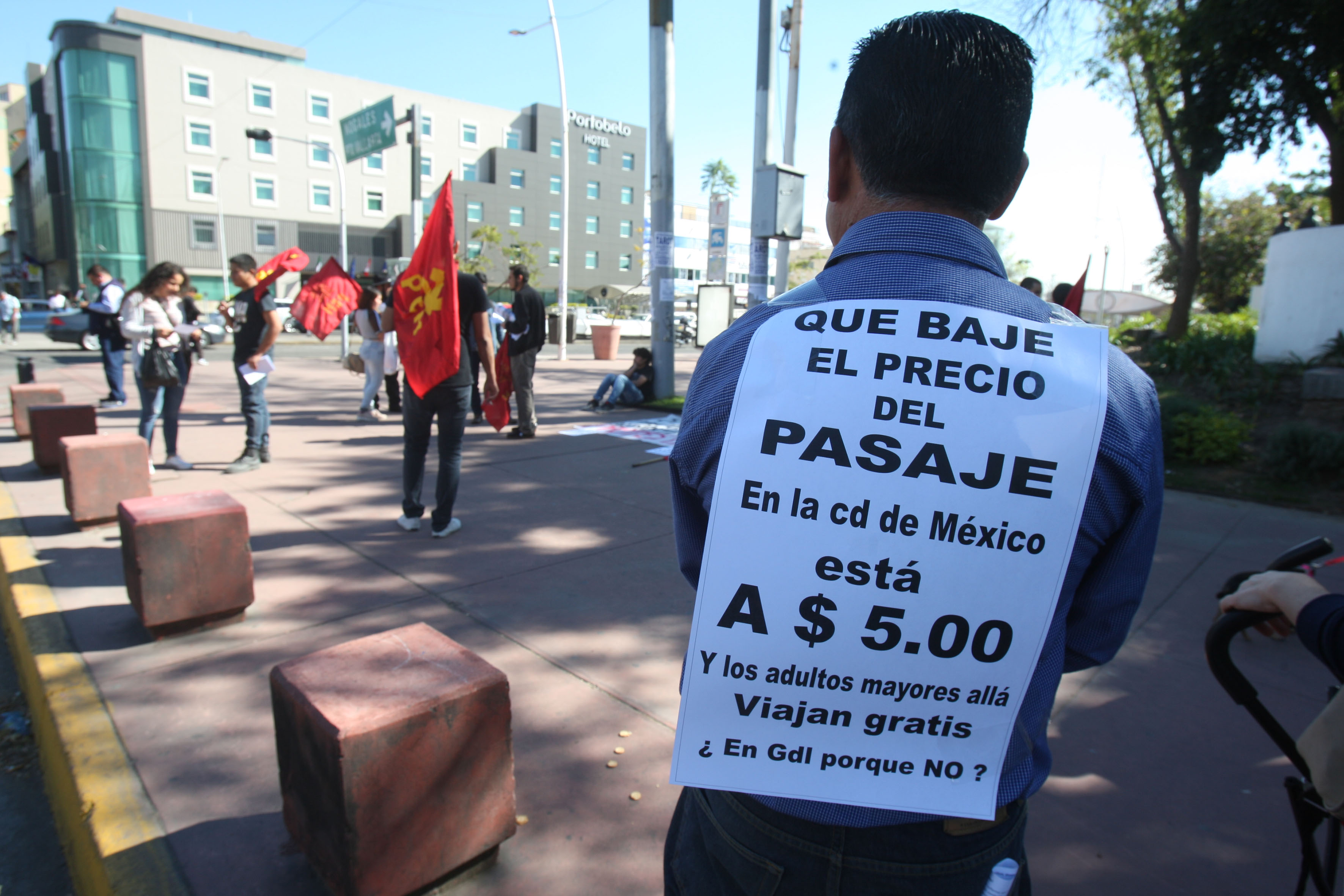 Students consider the new payment of 9.50 pesos to be a “cursed inheritance” from the previous gubernatorial administration that could affect thousands of economically-challenged Tapatíos.

Protests have erupted this month at various locations to denounce the “robbery to family economy.”

At the most recent demonstration December 22 in the Parque Revolucion in downtown Guadalajara, signs read: “Lower the fares! In Mexico City, it costs only five pesos and senior citizens travel for free. Why not in Guadalajara?”

“The main demand is to reverse the new bus fare since the minimum wage is 88 pesos and an average family takes at least four buses a day,” said student leader Paulina Chávez, during an event in early December at which around 30 activists delivered a formal petition to Jalisco’s new governor. (Since then, the minimum wage has gone up to 102.68 pesos a day.)

In accordance to Article 154 of the Mobility and Transportation Law of Jalisco, the governor yields the power to overturn “tarifazos” (fare hikes).

“The State Governor may modify, at any time, public transportation rates when there is a cause of public interest, social interest or public calamities affecting social groups, communities or regions of the State of Jalisco,” states the article.