Lines of up to one kilometer formed at some gas stations in Guadalajara this week as a consequence of the Mexican government’s operation to crack down on rampant fuel theft throughout the nation. 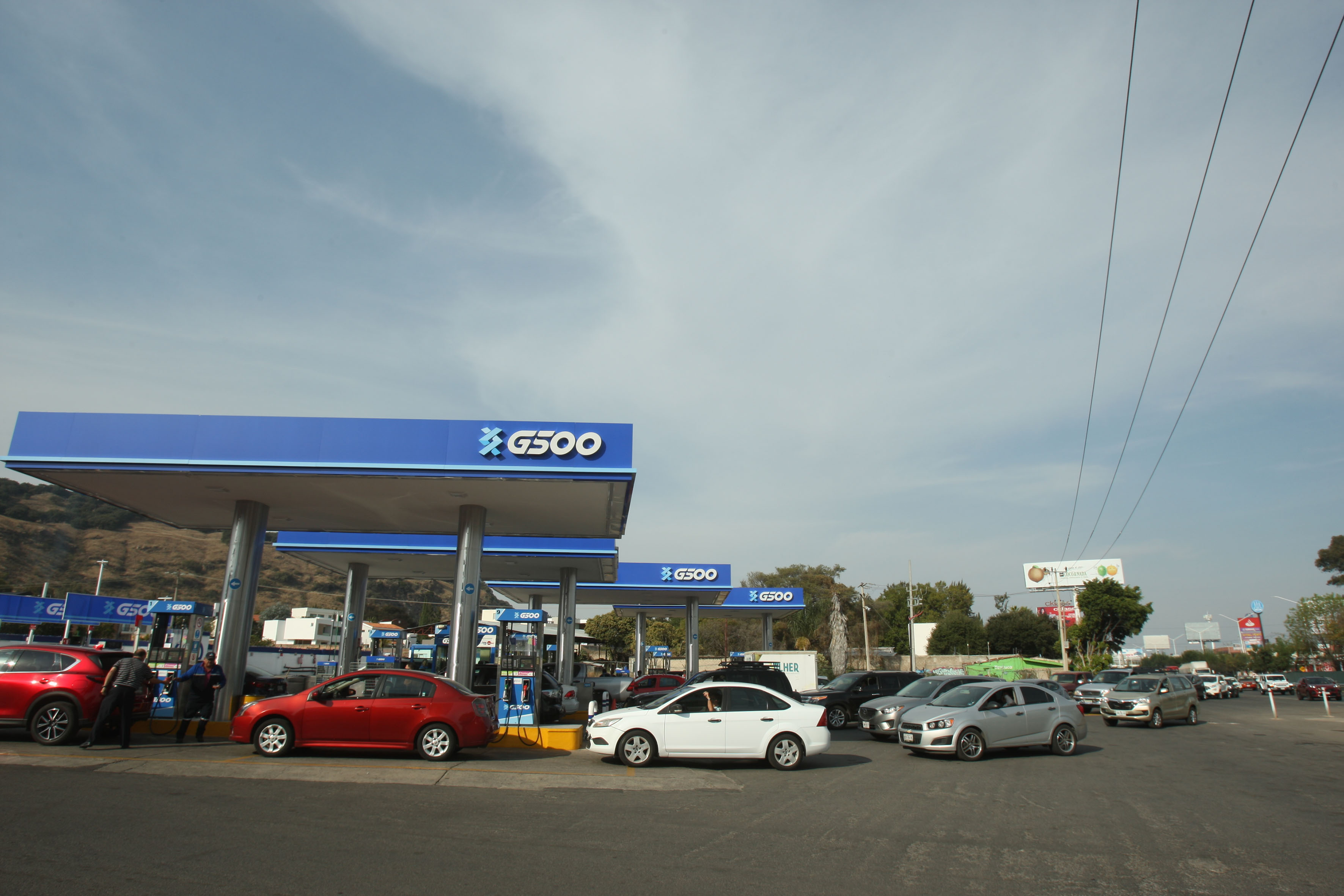 Although federal officials insist there is no gasoline shortage in Mexico, around 70 percent of gas stations in the Guadalajara metropolitan area were either closed or had limited supply available starting Friday, January 4.  With most of the country’s gas pipelines closed as a result of the government’s crackdown, all deliveries to gas stations are being made by tanker truck, often from considerable distances, thus stretching the resources of Pemex, the state-owned oil company.  The new delivery logistics — coupled with rigorous checks designed to track and combat theft and corruption – have caused the delays in gasoline reaching Jalisco, federal officials admit, especially Guadalajar President Andrés Manuel López Obrador asked citizens to be patient as his government seeks to “solve the problem.” He ordered 4,000 soldiers to safeguard Pemex installations in a bid to contain the widespread fuel theft, which he said amounted to almost 800 tanker trucks a day across the nation. Soldiers have also been dispatched to guard pipelines, which — for many decades and with apparent impunity — have been tapped by thieves, commonly referred to as huachicoleros. Federal sources said the pipeline linking the Salamanca refinery and the Pemex plant in El Salto is undergoing major surgery after years of clandestine theft have rendered it in appalling condition. 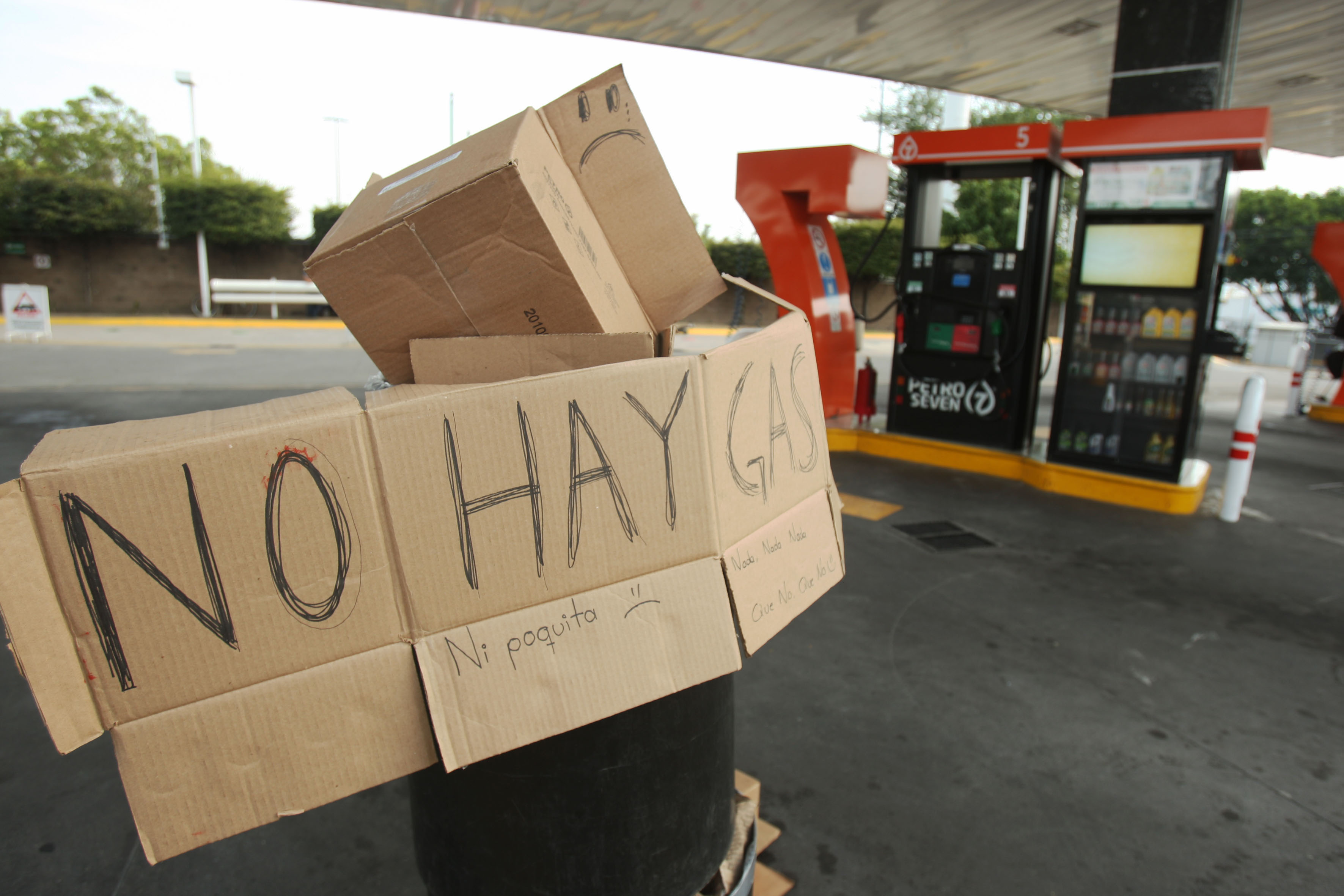 The scarcity of gasoline in Guadalajara has provoked plenty of anxiety among drivers, especially those who rely on motorized transport for their livelihoods.

“This is really inconvenient,” said Oswaldo Nieves, a restaurant worker in Guadalajara, while waiting patiently in line at the Pemex station by the Glorieta Minerva. “I use this motorcycle to make deliveries for my job. We need to have gasoline to move around. If it’s not on sale, what am I supposed to do?”

“A lot of people aren’t using their cars,” said Alejandro Landeros, an architect in Guadalajara. “Everyone in my family is using just one car to conserve gas and we’re traveling together to a lot of places. We’ve stayed at the house all week until more gas arrives.”

Despite the current hardship, many Tapatios have commended Lopez Obrador for his tough stance against the criminals, whom the president said had been “tolerated” by his three predecessors, Vicente Fox, Felipe Calderon and Ernesto Peña Nieto. “He said he would fight corruption  and that’s just what he is doing,” said Silvia Razo, a Guadalajara housewife.

Jalisco Governor Enrique Alfaro was more critical, saying Thursday that Pemex had failed to honor a promise made Monday to supply an “emergency” shipment of 94,000 barrels of gasoline to meet the daily demands of the metro area’s population. He noted that scarcely 30 percent of the promised fuel had made it to the city this week. 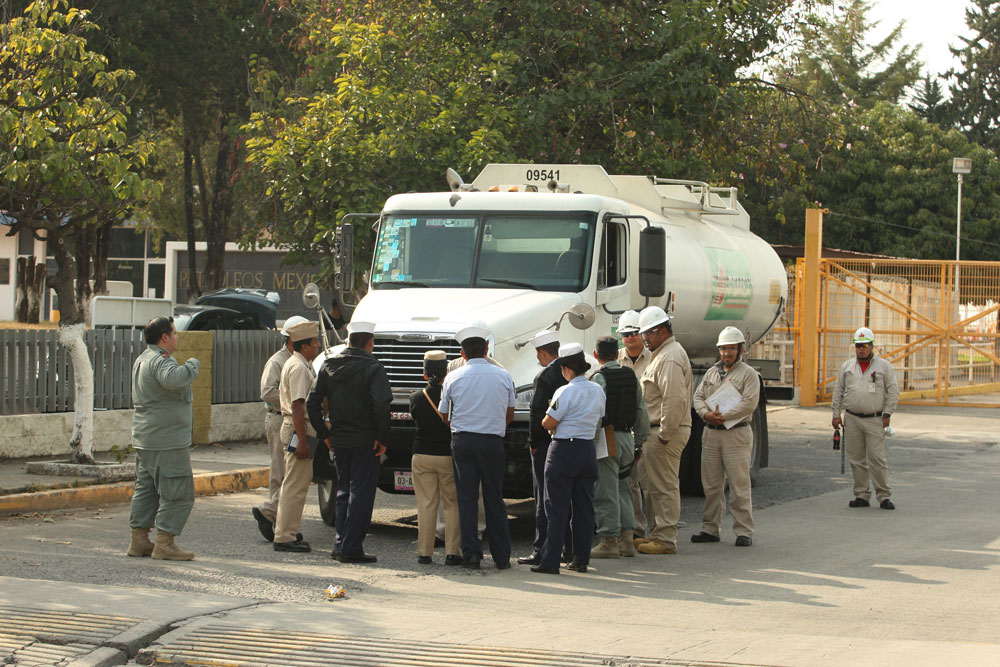 With the federal government declining to fix a timeline for when gasoline distribution will be back to normal, many Jalisco officials fear the shortages could drag on.

“I have many doubts that Pemex will be able to sustain this supply rate through trucks since 94,000 barrels is an impressive amount,” said Alfaro.

Alejandro Guzmán Larralde, state Secretary of Economic Development, said he does not expect the situation in the metropolitan area to “normalize” for at least another two weeks.

As well as Jalisco, states most affected by the shortages have been Hidalgo, Michoacán, Guanajuato and Querétaro. In the middle of this week, gas stations in Mexico City started to run out of gas, provoking long lines and panic buying. The news prompted fears in Guadalajara that federal authorities will prioritize the capital’s gasoline supply at the expense of Jalisco’s.

Legislators are now pushing for major reforms in Mexico’s oil industry. Representatives of Morena (the party that López Obrador belongs to) in the Cámara de Diputados (federal Congress) are seeking stiffer punishments for the gas thieves accused of causing this crisis. Changes to the national law will make it easier for the Energy Regulatory Commission to sanction permit holders, franchises or distributors involved in illegal activity. Permits could be suspended for up to 15 years and assets confiscated.