See a brighter side of Guadalajara Wednesday, February 13 through Saturday, February 16 at the city’s third annual “GDL Luz” (Festival of Light). 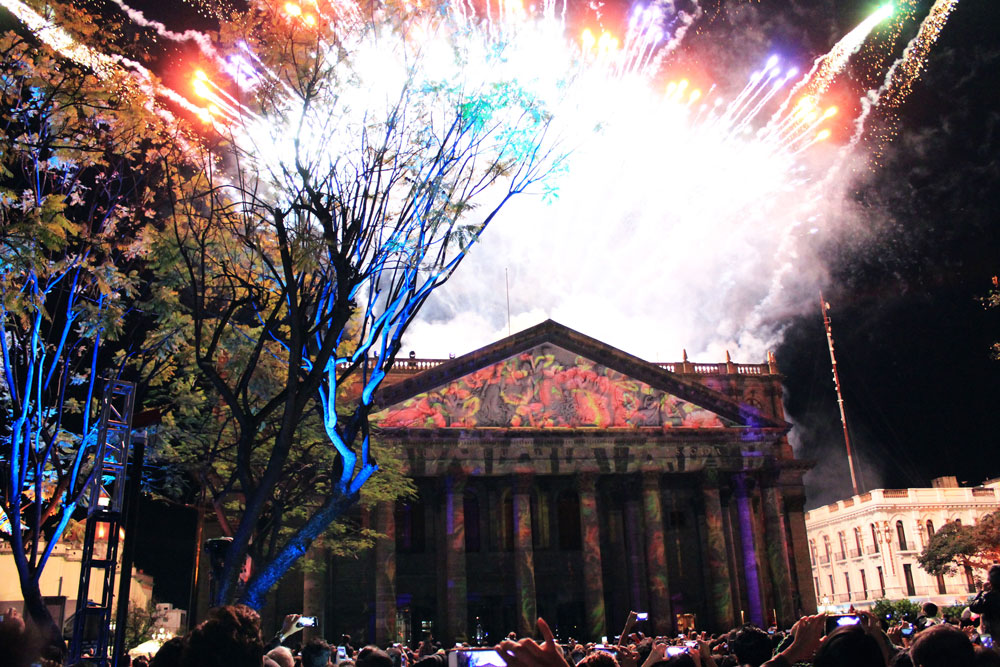 The historic downtown core will radiate for four consecutive evenings during this celebration marking the 477th anniversary of Guadalajara’s founding.

Guadalajara Mayor Ismael del Toro Castro proposed a budget of 26.8 million pesos for this year’s festival, which was unanimously approved by the Guadalajara City Council. From this amount, the municipal government will contribute around ten million pesos while the rest will be funded via private sponsorships.

For the past two years, spectators have witnessed phantasmagoric light displays decorating the city’s most famous buildings, monuments and plazas. The Cabañas Institute and buildings around the Plaza de Armas, such as the Teatro Degollado, will all certainly get drenched in a series of psychedelic geometric designs.

Besides top-notch visual displays rivaling similar events in Sydney, Australia and Kobe, Japan, there will also be music, entertainment and plenty of food vendors.

The event is free for all.