The “Country Fair,” the annual big rummage sale and bazaar that makes money for the support of orphans at the “Hogar de Niños Evangelina,” will be held this year at Guadalupe Church in Colonia Chapalita March 28 and 29, Chairman Dottie Berman has announced.
The “Fair,” with its colorful booths of used and new articles, homemade food and handmade crafts, and its hundreds of customers, has outgrown the residential patios and gardens where it has been held in former years. The recreation hall and spacious patio at Guadalupe church will provide pleasant and ample space for all, Berman said.

Committees are now busy sorting and preparing the donations of clothing, handbag, shoes, hats, jewelry, paperback books and plants, as well as making attractive new gift items that will be for sale. They report they can use more and will accept any kind of hardware, furnishings, pictures or pots and pans anyone might wish to donate, as well as clothing.

A retired Canadian policeman drew on his first aid training and saved a woman’s life in a dramatic Guadalajara rescue February 7. William Wainwright, who with his wife Betty had been staying at the Guadalajara Trailer Park on Highway 57, was walking his dog along a canal near the park when he saw a car fail to negotiate a turn and plunge into the water.

A group of Mexican laborers working nearby also saw the accident and rushed, with Wainwright, to the rescue. The man in the car was thrown clear, but his wife, 58-year-old Maria Guadalupe Gonzalez de Nuñez, was pinned under the car, her body submerged in the water. The rescuers were able to lift the car from her, but she was immediately swept away by the strong current.

Men on the other side of the bank pulled her out, but they yelled to Wainwright that she was already dead.

With 20 years as a policeman and six weeks yearly given to first aid training, Wainwright believed he could revive the woman. He plunged into the canal (which neighbors term a “sewer”) and swam across. Using mouth to mouth resuscitation he managed to revive the woman before ambulances arrived.

Significant positive bilateral news items became submerged as Mexican media focused on a proposed 4.5-mile ditch (zanja) to be built by the U.S. government in California’s Otay Mesa area between San Diego and San Isidro. The first news of this five-foot deep, 14-foot wide, 4.5-mile ditch came from an Immigration and Naturalization Service officer who said the proposed ditch should be ready by July and its purpose was to deter drug trafficking and the movement of illegal aliens, as well as to help solve drainage problems in the area.  As civil rights groups on both sides of the border questioned the construction of the zanja, the Federation for American Immigration Reform called on the Bush Administration to build 200 miles of fences and obstacles every year along the border at an annual cost of 500 million pesos. Under this proposal, travelers would be charged two dollars every time they crossed the border in order to finance the construction work.

Mexican media outlets are comparing the ditch to the Berlin Wall and the zanja controversy has united the republic’s fractious left-wing parties, ruling PRI politicians and the private sector in an unlikely political alliance. 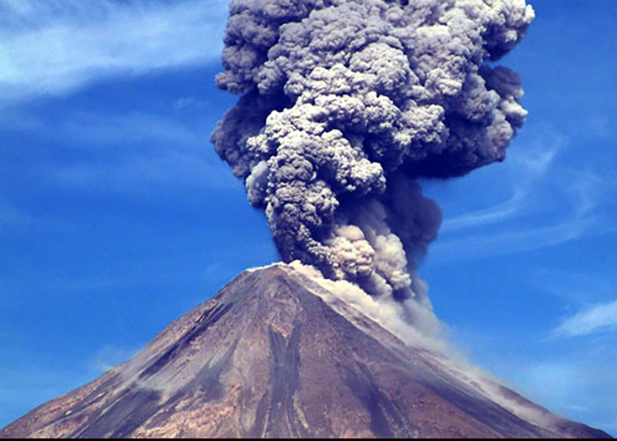 A thunderous series of explosions shook the earth and shot molten rock, ashes and lava out of the Colima Volcano, sending residents living on the Jalisco-Colima border running out of their homes in the early hours of February 10. The 4.2- Richter scale blast blew open doors and shattered windows of homes on the volcano’s skirts and could be heard 20 miles away. No deaths or injuries were reported and the most menace came from forest fires that burned on the slopes of the volcano, threatening the town of Juan Barragan, where 118 residents were evacuated.

Later the next week, more volcanic explosions caused eight more hamlets to be evacuated. State and federal authorities increased the security cordon around the volcano to 10 kilometers and closed the neighboring Nevado mountain and surrounding national park. All residents living within 15 miles of the volcano are advised to keep important documents within reach and a suitcase packed with basic possessions in case of a massive explosion.

Environmentalists, El Salto residents and the family of an eight-year-old boy who died last February after falling in the Santiago River marched in downtown Guadalajara on Sunday to demand justice.
After tests and 18 days in a coma, doctors determined that Miguel Angel Lopez Rocha died from arsenic poisoning. The tests found 51 micrograms of arsenic in Rocha’s blood.

Not the state government nor Attorney General will acknowledge arsenic as the cause of Rocha’s death. His parents say the government has insulted their son’s memory by refusing to see a correlation. In Plaza de Armas, Rocha’s mother made an impassioned please to Governor Emilio Gonzales.

Environmentalists also urge the government to declare the Santiago River an environmental emergency and the El Salto industrial zone to be monitored.

Editor’s note: Last week, a similar protest was held in the center of Guadalajara to mark the 11th anniversary of Rocha’s death.