Expo Guadalajara will host a benefit dinner to raise funds for burned children undergoing treatment at the Hospital Juan I. Menchaca (New Civil Hospital) in Guadalajara.

A special guest who will speak at the dinner will b 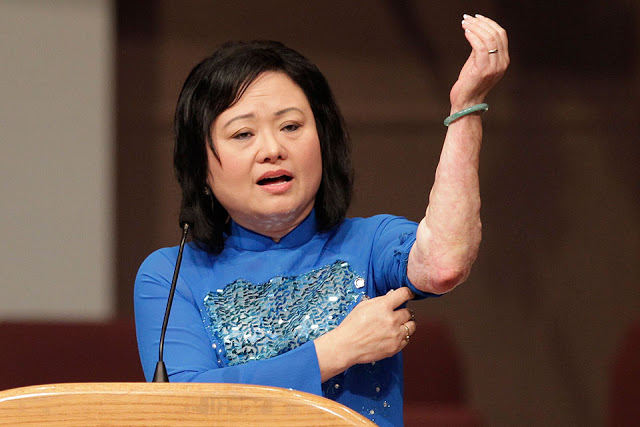 e Kim Phuc, informally referred to as the , a South Vietnamese-born Canadian best known as the nine-year-old child depicted in the Pulitzer Prize-winning photograph taken at Trảng Bàng during the Vietnam War on June 8, 1972. The well-known photo, by AP photographer Nick Ut, shows her at nine years of age running naked on a road after being severely burned on her back by a South Vietnamese napalm attack. In November 1994, Phuc was named a UNESCO Goodwill Ambassador. She received her Canadian citizenship in 1996, and the following year she established the first Kim Phúc Foundation in the United States, with the aim of providing medical and psychological assistance to child victims of war.