Academy Award-winning Tapatio filmmaker Guillermo del Toro’s “At Home with my Monsters” exhibition will be held outside the University of Guadalajara’s Museum of Arts (MUSA) from June 1 to October 31. 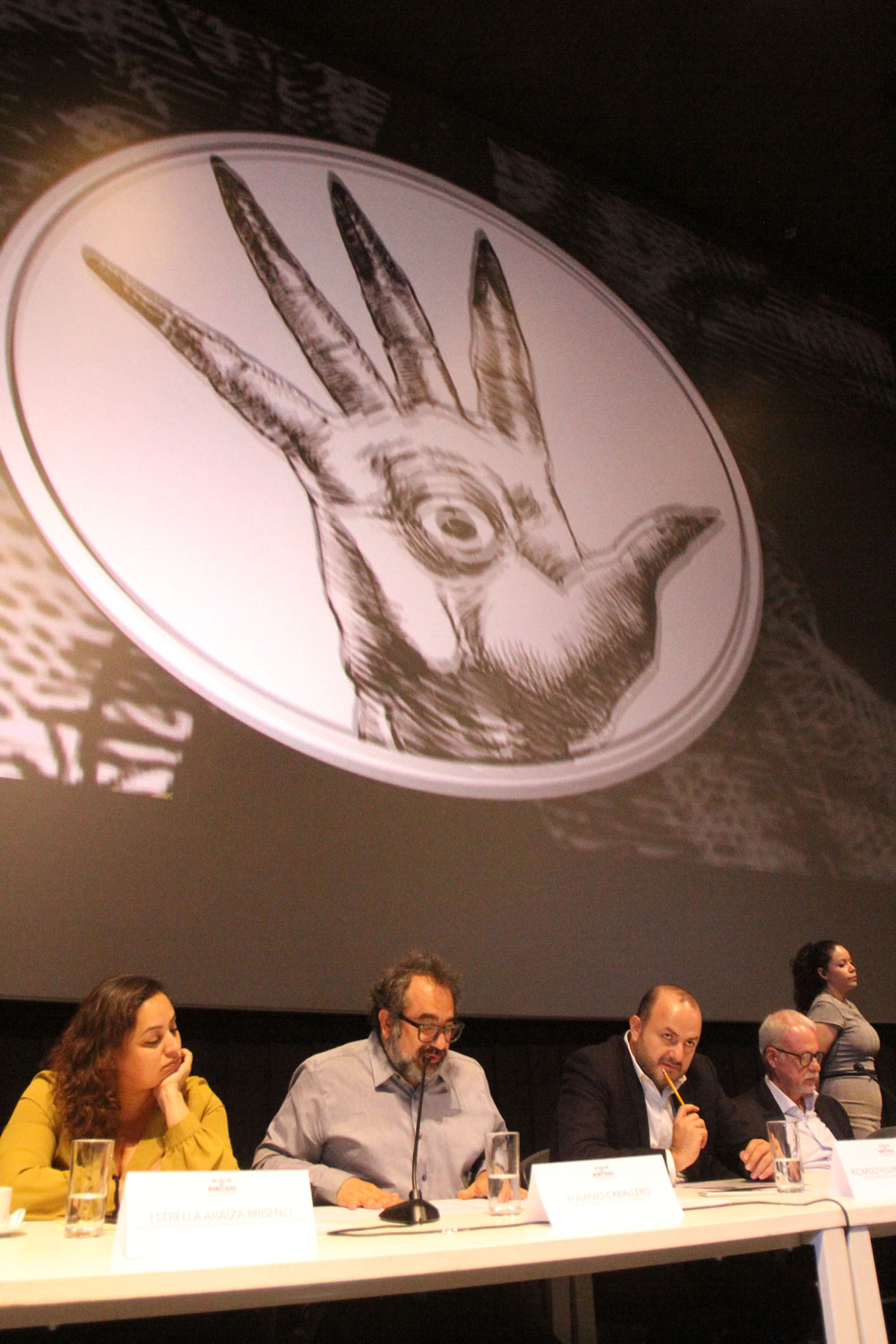 After sponsoring the creation of a local animation center, the movie director is making headlines here once again. On this occasion, he has collaborated with MUSA and the GuadalajaraInternational Film Festival (FICG) to further promote the arts in his home city.

“The decision to do this in Guadalajara was obviously personal,” said Del Toro in correspondence to the university.

Part of the inspiration behind the exhibit comes from his own encounters with art in the Jalisco capital.

“I remember a display of engravings by Piranesi at the Cabañas Cultural Institute, I remember how it touched me at a creative level. This exhibition has the same intention: to promote in young artists love for images and to remind them that encouragement and creation can come from sources of academic culture or popular culture.”

Curated by Eugenio Caballero, the exhibit will take place in a large tent erected outside of MUSA in the Plaza La Rambla Cataluña. Still under construction, inside will be eight rooms with over 900 pieces ranging from time period costumes, antiques, notebooks and artwork to memorabilia.

Previously shown in Los Angeles, Minneapolis and Ontario, all of the odds and ends offer viewers inside perspectives of Del Toro’s creative process and sources of inspiration.

“Guillermo’s work is populated by singular characters, mysterious spaces and dense atmospheres,” said Caballero. “Their stories show us that beauty is very different from what we believe and they connect us with our own imperfection. Del Toro lives and breathes their stories. “

According to Raúl Padilla, president of the board of trustees of the FICG, visitors can also expect each room to feature characters from Del Toro’s films.

Over the years, Del Toro has gained notoriety among international audiences for his films. Many take place during specific time periods such as the Spanish Civil War or the Victorian Era.

Some of his best-known works include “Hellboy,” “Pan’s Labyrinth,” “The Shape of Water,” “The Devil’s Backbone 2 and “Crimson Peak.”

In one of the rooms will be the ghost of Santi from the “The Devil’s Backbone,” a film about a haunted boy’s orphanage in rural Spain. Another will be pure concept art.

Room four will be specifically devoted to everything involving “magic and occultism.” Items will relate to alchemy and magic, some of which were props in “Hellboy.” There will also be pieces by José Clemente Orozco and engravings by José Guadalupe Posada.

Besides strong visuals, attendees can also look forward to sound installations in all eight rooms provided by Academy Award-winning Gustavo Santaolalla. In the end, it should be a well-rounded sensory experience.

Standard hours are from 10 a.m. to 6  .m. with general entrance costing 180 pesos. Students, professors and people with disabilities can enter for 150 pesos at the MUSA’s ticket office. The recommended age minimum is 10 years old. Tickets are non-refundable and one-time only.