Construction workers in downtown Guadalajara avoided tragedy when a 27-ton excavator sunk into a pothole in the San José Garden neighborhood in front of the Museo del Periodismo on Paseo Acalde.

According to reports, the earth suddenly opened and swallowed the machine while it was operating near what used to be Avenida Mayor, just above the tunnel of Line 3 tren ligero. 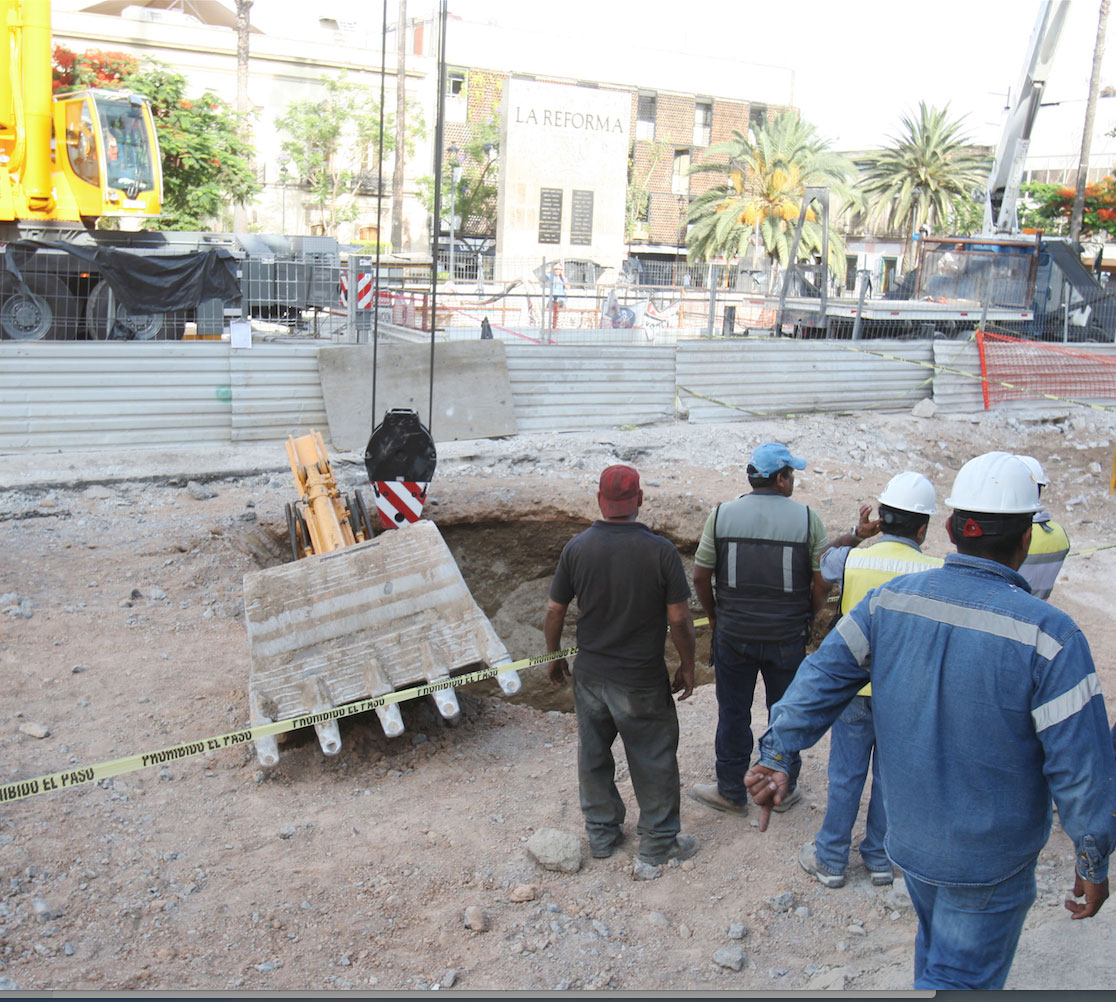 Work was suspended as a much larger crane extracted the digger, resurface das if it was a Transformer ready for battle.