Jalisco native Sofía Aragón, 25, won the Mexicana Universal 2019 crown (formerly Nuestra Belleza México) on June 23 and will represent this country at the 2019 Miss Universe pageant in South Korea in December. 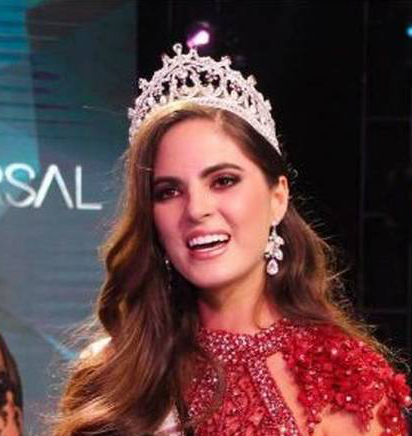 Born in Guadalajara, Aragón initially went into modeling but dropped that career to study theatrical makeup at the Cinema Makeup School in Los Angeles. She remained in California working as a special effects makeup artist until 2017.

Aragón has gone public with her struggles with depression and has since become an advocate for mental health awareness and suicide prevention, working with the organization Sonrisas Reales as a public speaker and writer.

She began writing professionally at age 14, later releasing the books “Diamante en Bruto” (2017) and “El color de lo Invisible” (2019), which focus on women’s empowerment. She has also founded her own publishing company, GLAMéxico.