Parts of Guadalajara resembled a polar landscape after a massive hailstorm in the early hours of Sunday, June 30, caked 12 city neighborhoods in thick drifts of ice. 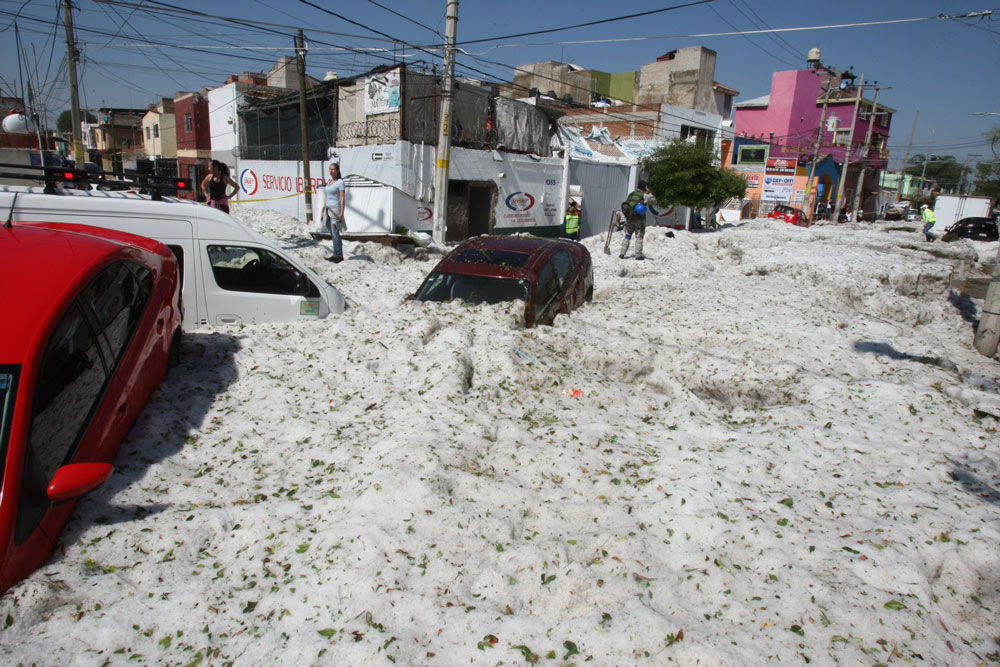 Weather experts agree that flash flooding was mainly to blame for the heavy buildup of ice. The hailstones were washed down sloping streets by the flooding and formed deep ice blocks after they had no other place to go.

In some places the ice reached a depth of a meter and a half, trapping families in their homes and covering cars.

The mixture of water and hail found its way inside dozens of homes, destroying household belongings.

Many vehicles were swept along by the flood water and ice and could be seen piled on top of each other at street corners.

Although no casualties were reported in the storm, a few people were treated for signs of hypothermia.

Around 450 properties suffered damage in the storm, according the Jalisco Civil Protection Unit.  State and municipal authorities say they will act promptly to provide assistance to all those affected. 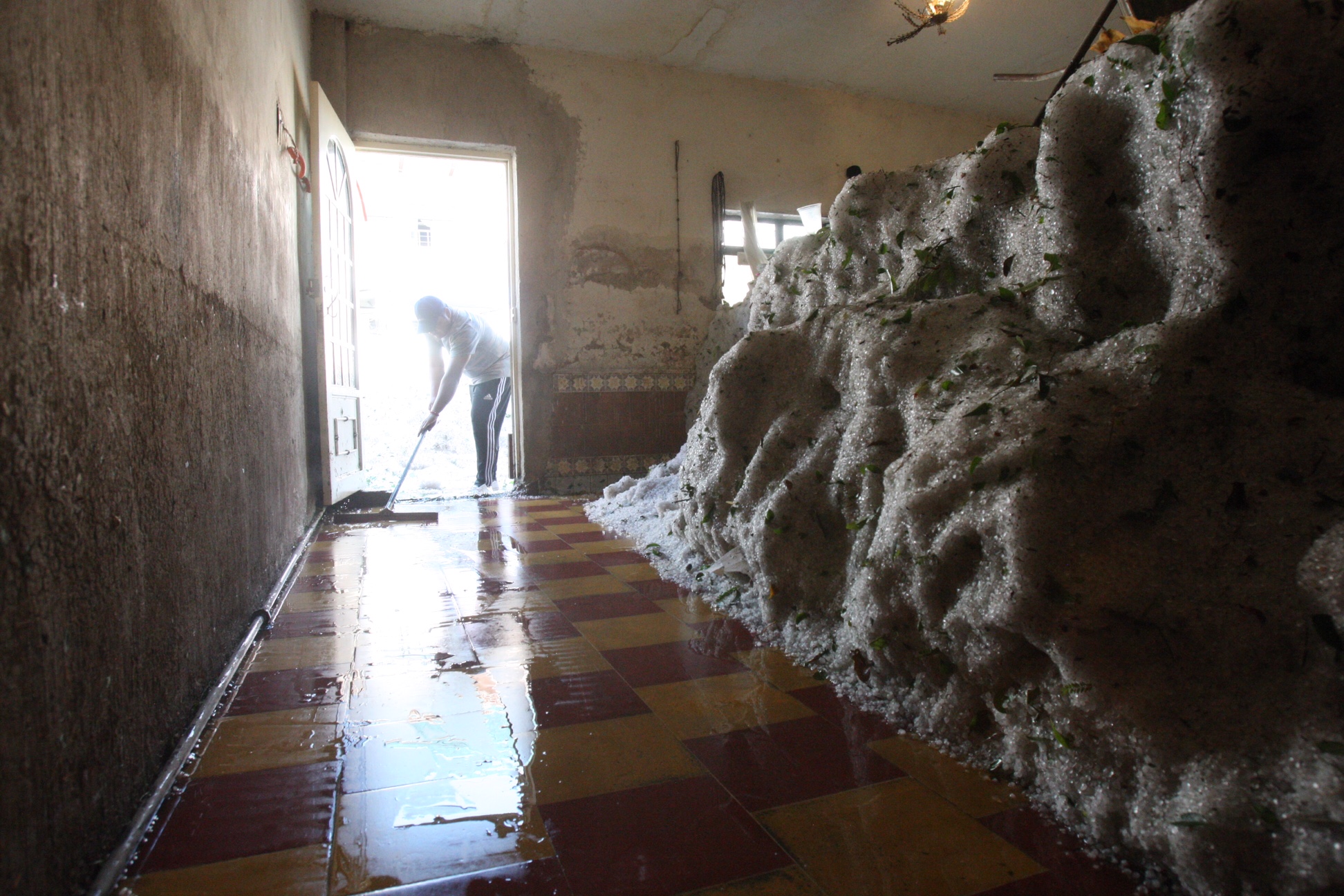 Soldiers from the regional 14th Infantry Battalion were drafted in to help clear the ice, although many householders had already started the task by early Sunday morning. 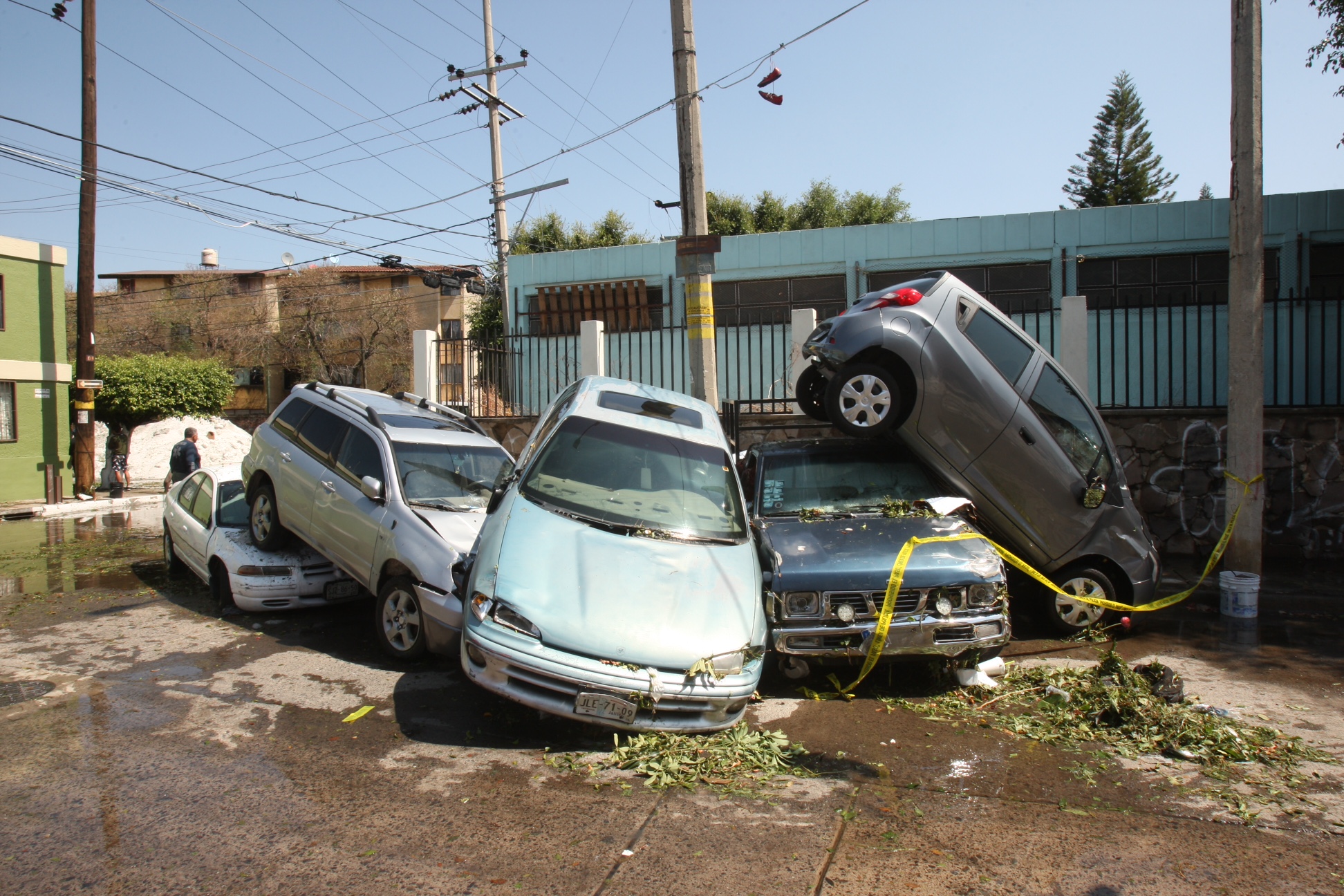 Hail forms when thunderstorm updrafts are strong enough to carry water droplets well above the freezing level, NASA says on its website. “This freezing process forms a hailstone, which can grow as additional water freezes onto it.

Eventually, the hailstone becomes too heavy for the updrafts to support it and it falls to the ground.” 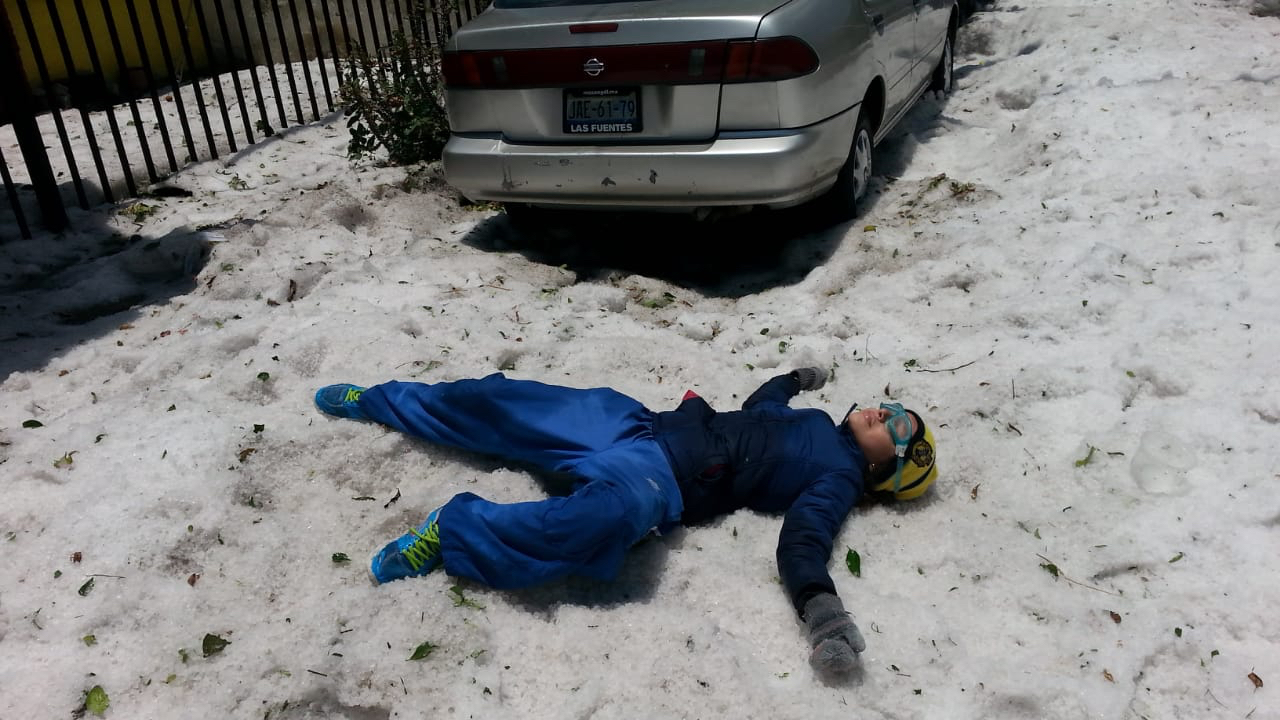 According to BBC Weather, the hail in Guadalajara probably melted on contact due to the high temperatures, forming a layer of water upon which more hail could land and float.

“This combination of water and hail likely moved down slope, with obstacles such as buildings blocking the flow and allowing more ice to accumulate on top,” the BBC said.

There has been plenty of speculation whether the granizada had anything to do with climate change.

In a tweet early Sunday morning, Governor Alfaro wrote: “Hail more than a meter high, and then we wonder if climate change exists.”

Ángel Meulenert Peña, an investigator at the University of Guadalajara’s Meteorological Institute, believes the phenomenon could be related to climate change. Temperatures in Guadalajara have been rising in recent years, he said, noting that record national temperature levels have been set each year since 2016. “This tells us that climate change is a real phenomenon,” he said 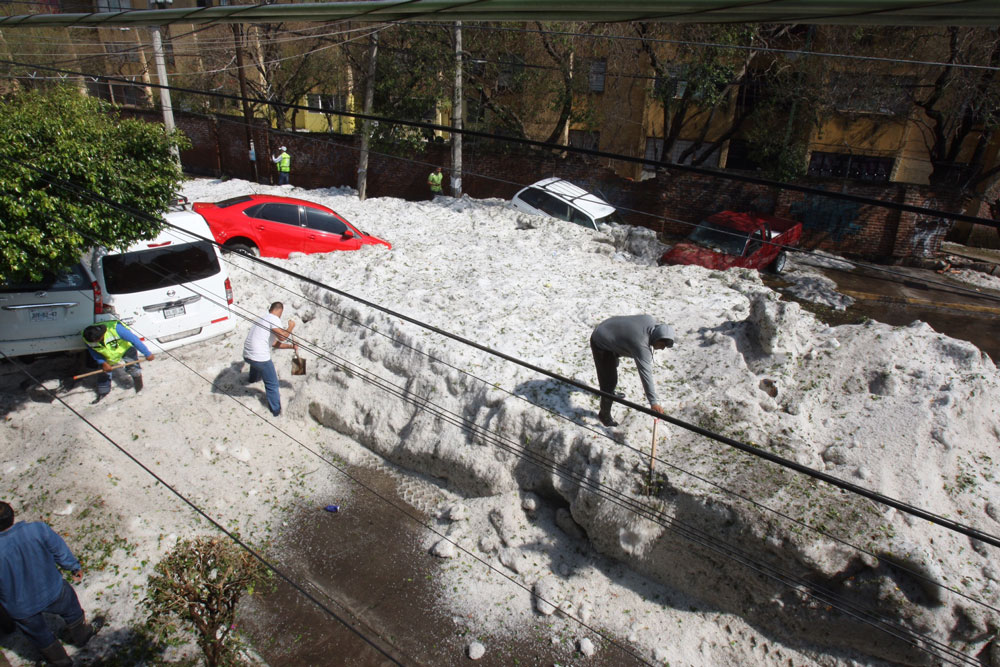 Other experts took a different view, noting that this kind of hailstorm isn’t unprecedented and occurs, although infrequently, in other parts of the world – most recently in Rome in October, 2018.

Also, summer hailstorms are not unusual in Guadalajara, as any longterm resident will testify.  John Allen, a meteorologist at Central Michigan University told NBC News that its elevation of more than 5,000 feet makes Guadalajara vulnerable to the sort of slow-moving thunderstorm that can unleash fierce hailstorms.

“In phenomena such as these there is a tendency to blame climate change. Nevertheless, that can’t apply in an isolated case,” weather expert Abigail Salas told Spanish-language daily Milenio.

The last time Guadalajara experienced such an unusual cold weather incident was in December 1997, when it snowed for the first time in more than 80 years.