An avalanche of criticism greeted the announcement this week from Jalisco Governor Enrique Alfaro that the cost of using Guadalajara’s Tren Eléctrico (subway), Trolebús, Microbús and Sitran, as well as all bus routes currently operating under the “rutas empresas network,” will increase their fares from 7 to 9.50 pesos as of July 27 – a hike of around 35 percent. 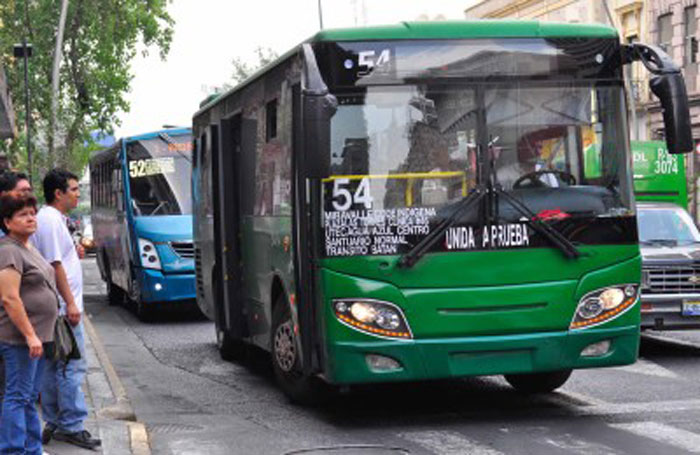 Jesús Medina Varela, the president of the Federation of University Students (FEU), which represents almost 400,000 high school and higher learning students from the University of Guadalajara, said almost 50 percent of the users of public transport in the city lack the economic means to pay the new fare.

Medina said the hike should not be permitted because providers have failed to improve the quality of their services.

Alfaro justified the hike, noting that it was agreed upon a year ago for all routes with ruta empresa status, but never enacted. Ruta empresa bus routes – which have to meet a higher set of quality standards –  cover about one-third of the city.

Some critics have accused Alfaro of double standards, given that in 2015, while serving as the mayor of Guadalajara, he spearheaded a campaign against planned bus fare hikes.

Arnoldo Licea González, leader of the Autotransportes de Jalisco bus union, congratulated Alfaro for having the courage to increase fares, something he said his predecessor, Aristoteles Sandoval, was “too scared” to do.

Licea said 1,600 buses have been taken out of service in recent years in the metropolitan area as a result of stagnant fares.

To offset the hike’s impact on low earners, the state government and various organizations representing the private sector announced a joint program to give discounts to workers who travel by bus.  This will amount to ten pesos a day, which can be credited to Mi Movilidad pre-paid cards or added to employees’ salaries. Although a voluntary initiative, many of the city’s leading companies have already agreed to sign on.

Opposition parties in the Jalisco Congress were quick to voice their displeasure at the increase.

Partido Revolucionario Institutional (PRI) Coordinator Mariana Fernández said the hike is “unjustified” because authorities are “in diapers” regarding how to improve the quality of public transport in Guadalajara.

The increase raises the possibility of mass student protests, which have commonly accompanied announcements of bus hikes in the past.

Universidad de Guadalajara Rector Ricardo Villanueva said he would support the students in whatever action they chose to take.

“That’s 48 percent of the population who don’t have the capacity to pay bus fares of 9.50 pesos,” he said.

A person on a minimum salary in Mexico – 102.68 pesos a day – would spend around one-third of their earnings on buses, if they had to take four rides a day.