For the second time in a week, hundreds of young women have taken to the streets to voice their outrage at violence against their gender.

Last weekend they chanted “Not One More” in front of the statehouse after reports of a rape of a 17- year-old by  four policemen. Security cameras later revealed that the rapists were not the patrolmen. Then Monday, a high school student was kidnapped just a few blocks from Preparatoria Uno in the downtown area at mid-day, and escaped from her attacker as he tried to rape her. 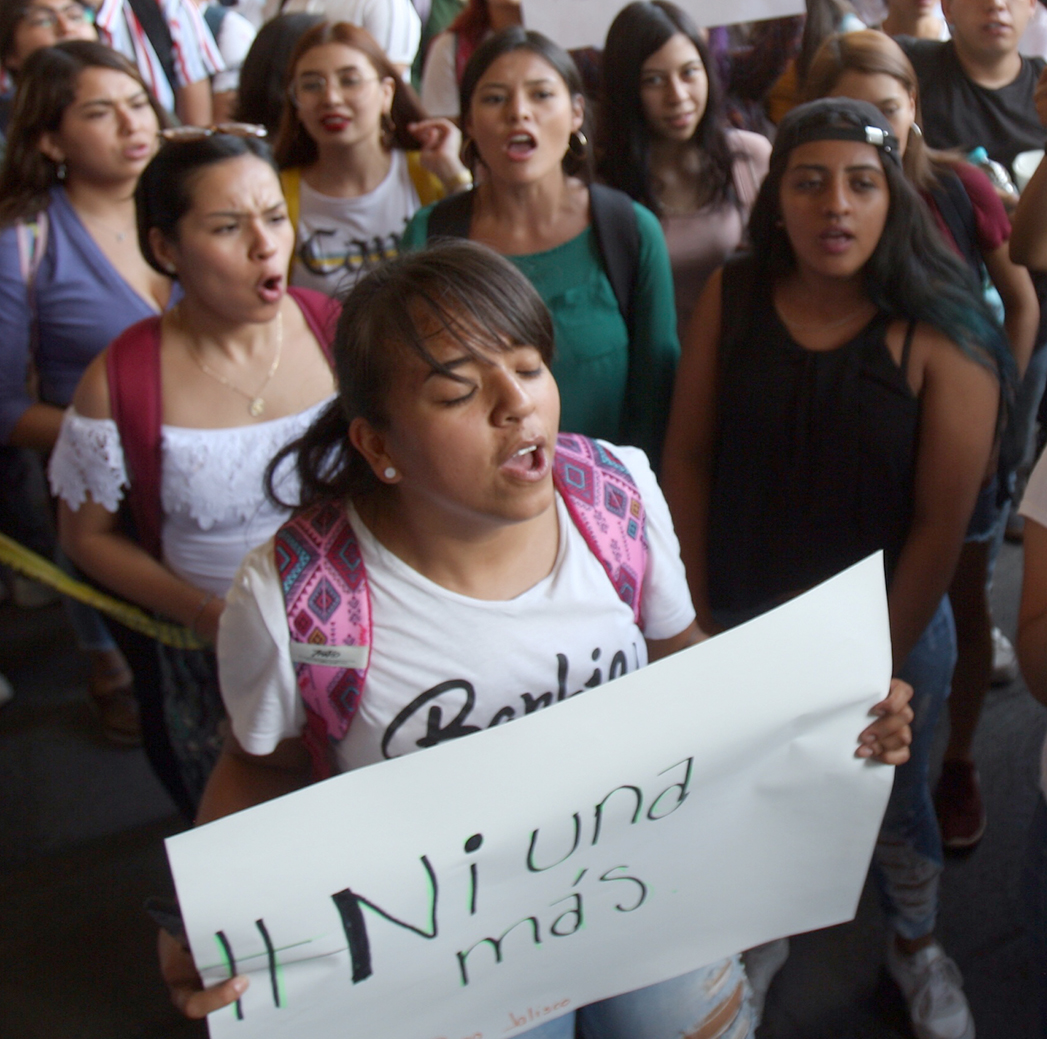 Thursday, August 22 the Federation of University Students (FEU) held a protest in front of the school and marched to City Hall.

Attacks against students have been registred in two other metro high schools in the last week.