Charged up by the recent decision of the Oaxaca legislature to legalize abortion in that state, activists in Guadalajara – nearly all female – took to the streets of Guadalajara September 28, on International Safe Abortion Day. 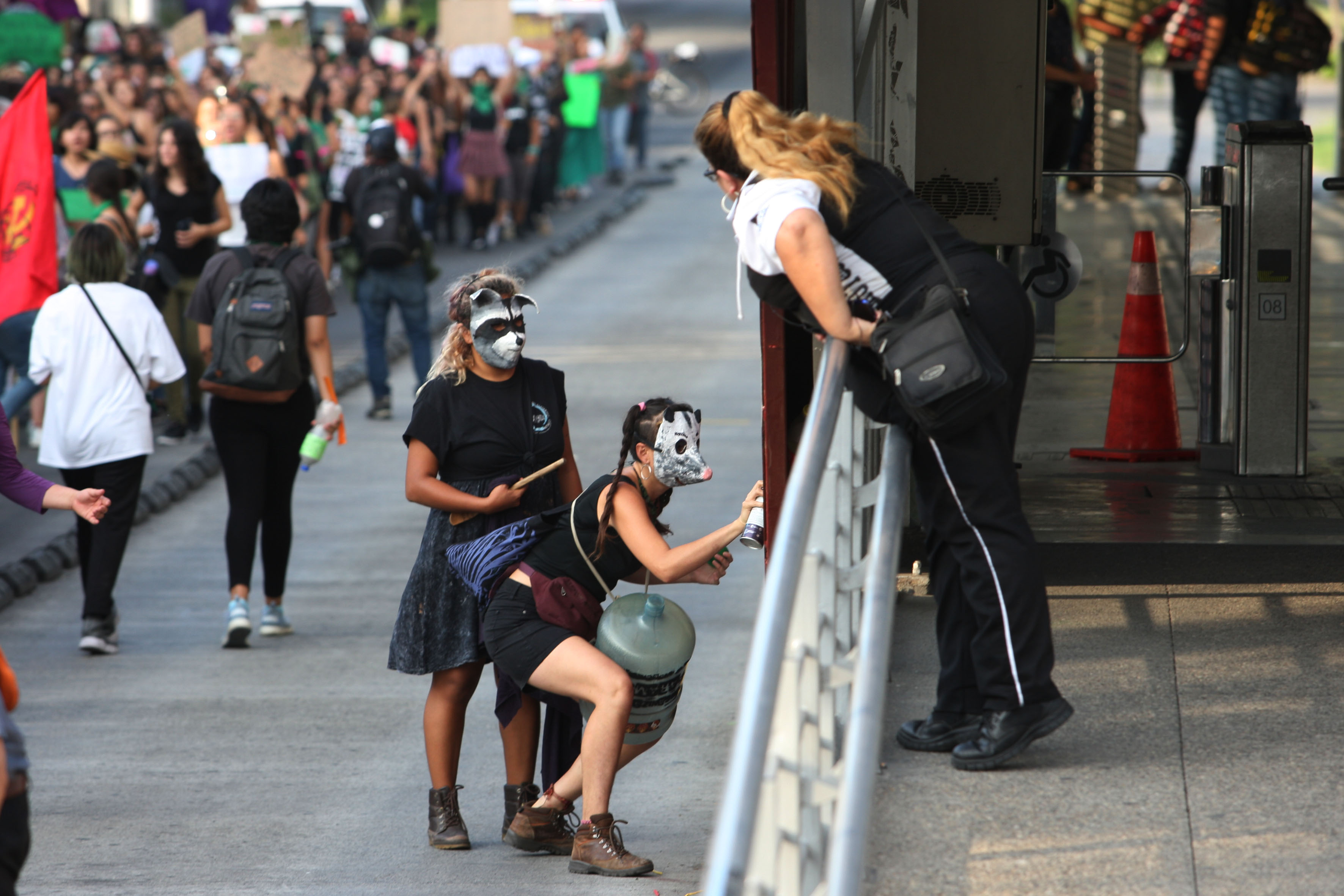 The protestors, numbering around 500, marched from the Monument to the Mother along the Calzada Independencia to the city center, where they held a rally in the Plaza de la Liberacion.The demonstrators called on the Mexican government to decriminalize abortion across the entire nation, and allow women safe access to abortion as a human right in accordance with United Nations policy. Only Mexico City and the state of Oaxaca permit legal abortion in this country.

The protest went off relatively smoothly, except when some protestors decided to spray paint the outside of several Metrobus stations, and the shutters and walls of various shops. 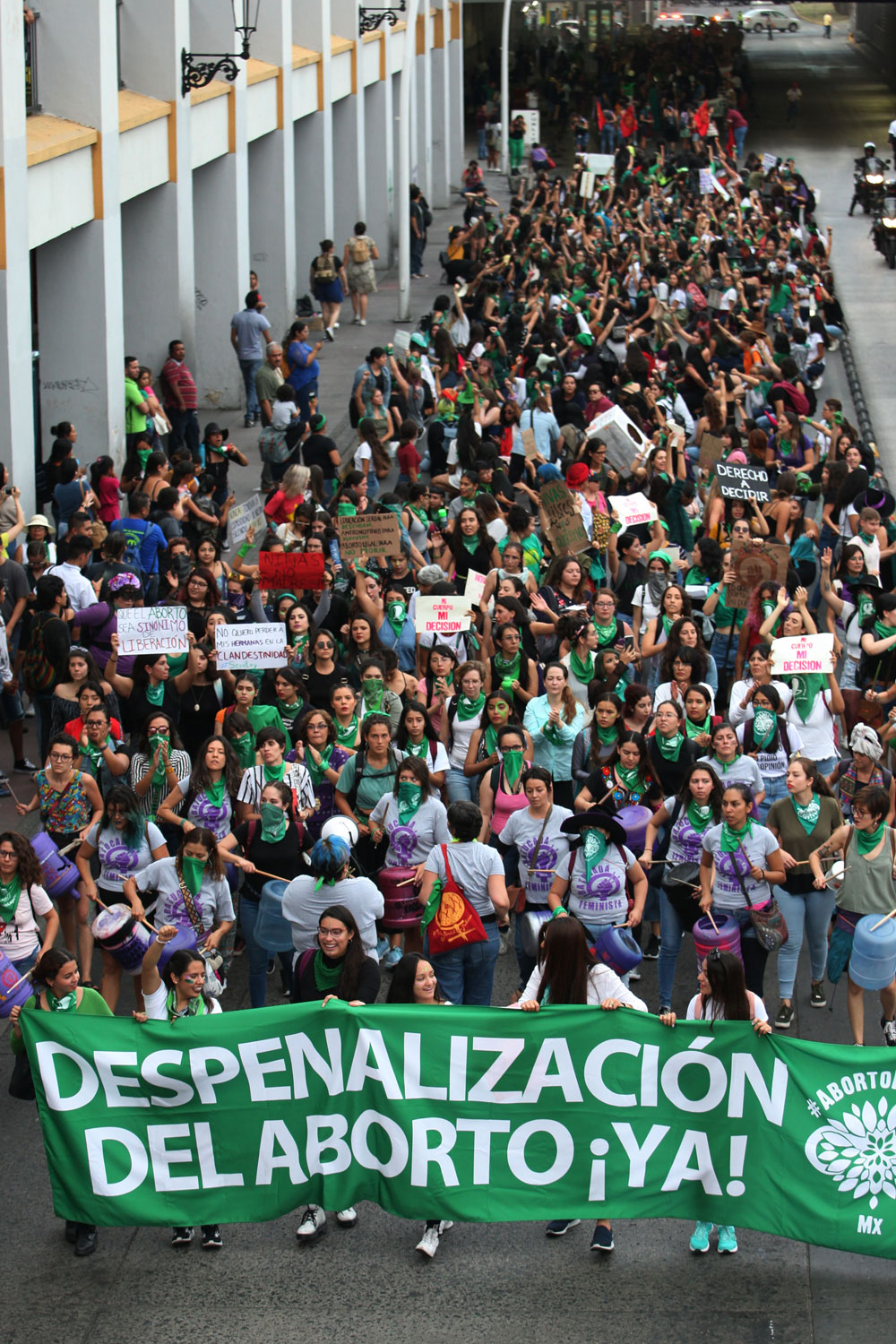 When they reached the main plaza, the protestors were greeted by some 400 people from various church groups, who had formed a wall around the Cathedral to protect it from damage.