More than 30,000 motorcyclists will come together for a massive rally/caravan on Sunday, December 1 to demonstrate the “unity” that exists within the many groups that participate in the hobby.

The bikers will gather at the Minerva Glorieta in  Guadalajara, from where they will depart en masse along Avenida Hidalgo to the Calzada Independencia, and end up at Plaza Juarez, facing the entrance to the Agua Azul Park.  A series of festivities are planned in the plaza, including a band playing music specifically from the 1970s. 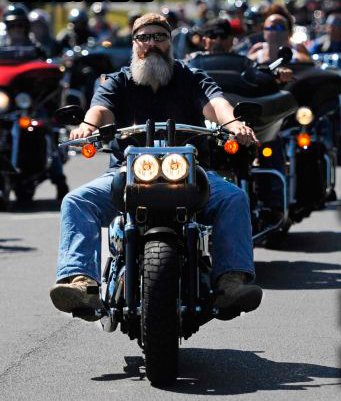 The rally is organized by Motoclubes Unidos de Jalisco, an umbrella group with dozens of biker club affiliates. The rally will also be a demonstration in favor of peace in Jalisco, organizers say.