Unfortunately, only a handful of strong women who have used their voices to speak up for themselves and their gender have emerged on the national stage throughout Mexico’s long history.

But as this week’s demonstrations in Mexico City and Guadalajara suggest (see story page 11), there is a fervent appetite for change in this country’s still largely machista society.

Two women who have blazed their own trails in Mexico in recent decades – while earning many admirers – are due to participate in next week’s Guadalajara International Book Fair (FIL), an event that over the years has championed women’s rights at many of its academic forums and discussions. 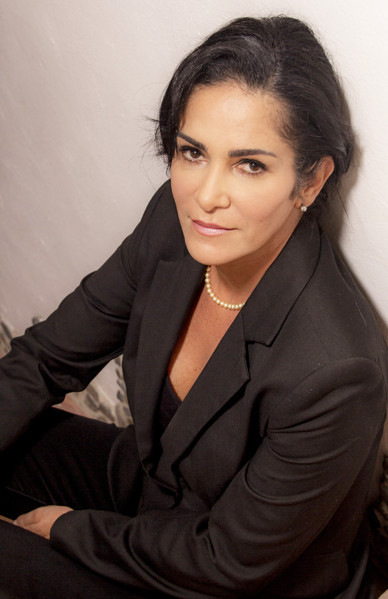 This year, the FIL will honor journalist and activist Lydia Cacho with its first Homenaje a la Lucha por los Derechos de las Mujeres (Homage to the Struggle for Women’s Rights).

Cacho, 56, rose to national attention after publishing the book “Los Demonios del Edén” in 2005, in which she revealed the operations of a child pornography and prostitution ring in the state of Puebla, involving important businessman and politicians.  After she was arrested on defamation charges and imprisoned for a short time, a tape was later released in which Puebla Governor Mario Marín was heard talking to one of the accused, businessman Kamel Nacif, about having Cacho put in jail, and beaten and abused to silence her. Cacho has always insisted she was tortured during her time in jail

Cacho was vindicated in 2011, when Lebanese-Mexican businessman Jean Succar Kuri was jailed for 110 years for his role in the child pornography and prostitution ring. Marín, who finished his term of office in 2011, and Nacif were absolved by the Mexican Supreme Court in 2007 after Cacho became the first woman in Mexico to testify there. Despite that setback, she never gave up her fight for justice. And in April of this year a federal judge ordered the arrest of Marín and Nacif for their roles in the events of 13 years ago. Their whereabouts are currently unknown.

Cacho has been a tireless writer and activist over the past decade and a half,  penning 12 books, ranging from poetry to fiction, including a manual to prevent child abuse, essays on gender issues and love, and  international bestsellers about sex trafficking and human slavery. She has earned international recognition for her courage in taking personal risks to denounce corrupt officials who shield criminals that exploit women and children.  She has also been the subject of considerable harassment. In the most recent incident in July of this year, unknown individuals entered and trashed her home, stealing work material and poisoning her pet dogs. 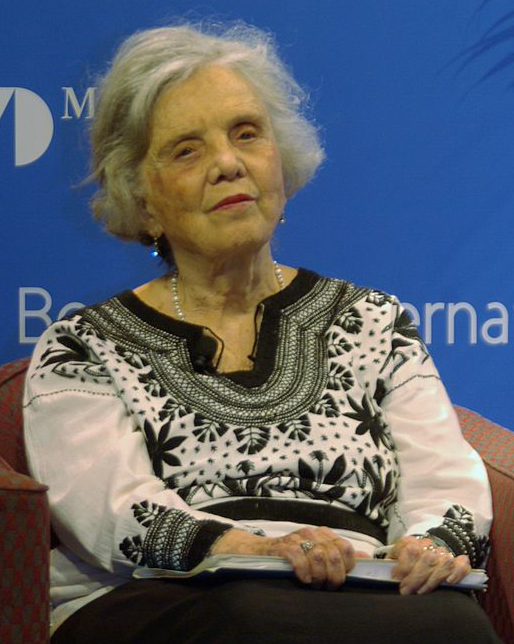 Despite her privileged background, prolific Mexican writer Elena Poniatowska, 87, has spent her career specializing in works on social and political issues focused on the disenfranchised, especially women and the poor.

Born in Paris to upper class parents, with ties to France, Poland and Mexico, she left France for Mexico at the age of ten to escape World War II. Poniatowska did not go to university but began writing for the Excélsior newspaper when she was scarcely out of her teens.  She published her first book in 1954, “Lilus Kikus,” a coming-of-age story about Mexican women before feminism. Since then her career has been a mix of journalism and creative writing.

Poniatowska’s best-known work is “La Noche de Tlatelolco,” which contains the testimonies of the victims of the 1968 student massacre in Mexico City.

Poniatowska has won a slew of literary awards, including Spain’s prestigious Premio Cervantes in 2013, and is considered the grand dame of Mexican literature.

There are two opportunities to hear Poniatowska talk at the FIL. Tuesday, December 3, 7 p.m., she introduces acclaimed U.S. writer Siri Hustvedt, who will be presenting the Spanish translation of her latest work, “Memories of the Future.” Poniatowska will also launch a new title of her own, the novel “El Amante Polaco,” on Wednesday, December 4, 8 p.m.