Women in Guadalajara and Mexico City marked the International Day for the Elimination of Violence against Women, November 25, with boisterous marches drawing attention to how local and federal authorities are failing to respond to widespread gender violence in the country. In Guadalajara, some 500 women congregated in the Parque El Refugio, where speakers highlighted some disturbing facts: every four minutes a rape occurs in Mexico, and ten women are murdered in the country each day, the majority of them by their partners, they claimed, citing official data from the National Public Security System (SESNSP).

On their passage down Avenida Federalismo to the Parque Revolution, the contingent was greeted by a small group of pro-life Catholics who had formed a barrier around the San Refugio Church, apparently fearful that it might be targeted by the protestors.

Some of the Catholics held up images of dead fetuses, waved blue handkerchiefs and chanted slogans.

Although the counter-protest provoked some fierce verbal exchanges, the women moved on peacefully to the park, where they lit candles next to a memorial erected to victims of femicide. 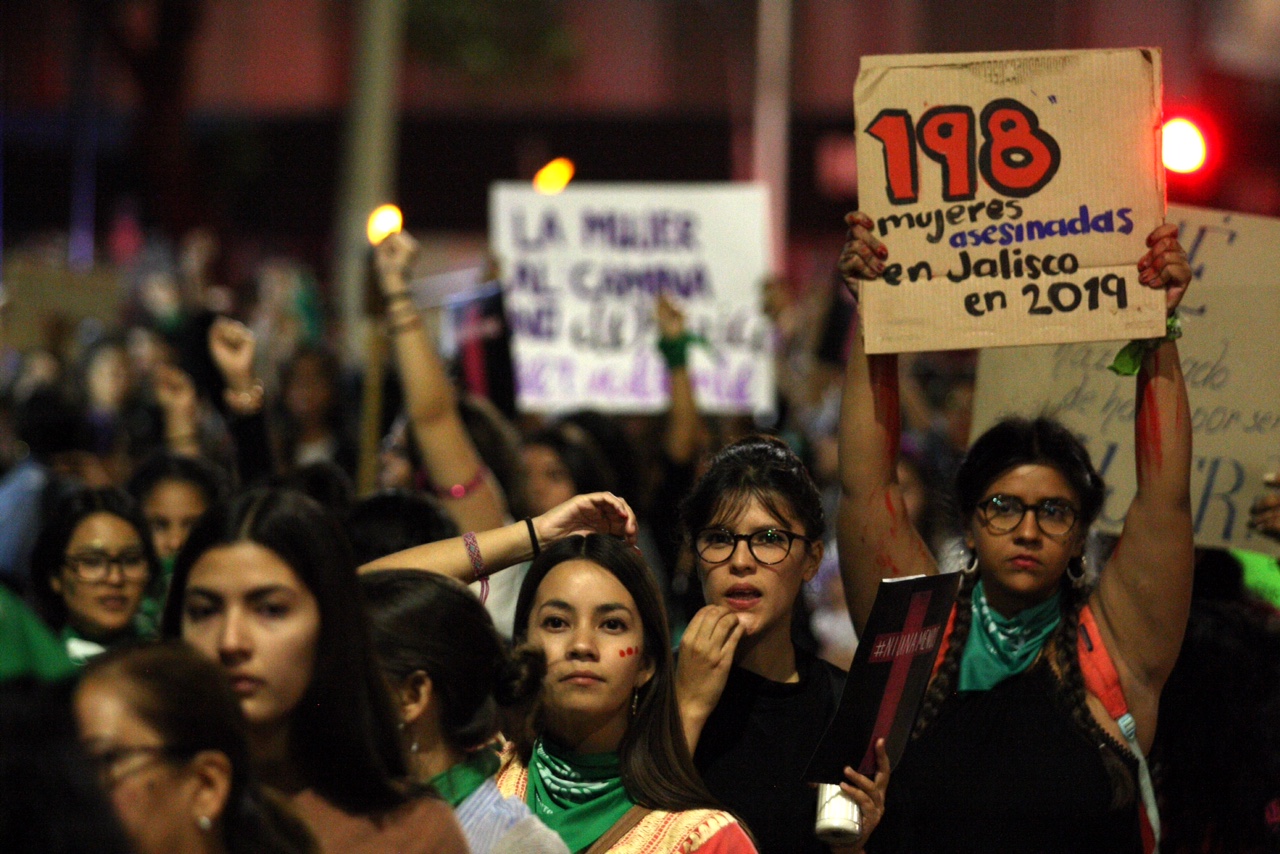 After some more speeches, the women marched to the nearby Rambla Cataluña pedestrian precinct to one side of the University of Guadalajara rectory, facing the Expiatorio Church.  Here, they were again met by Catholics “protecting” the edifice, who also waved blue handkerchiefs and chanted pro-life messages, even during another moment of silence held for victims of gender violence.  Again, there were plenty of verbal exchanges, but no physical confrontation.  A few of the women stripped off their tops in protest.

A spokesperson for the protesters said the women would not be deflected by their critics, and stressed the position of various activist organizations participating in the march that abortion should be legalized and women should not have decisions made for them regarding their own bodies.

In contrast to the peaceful march in Guadalajara, the protest in the nation’s capital turned ugly when some participants – many with their faces covered – spray-painted public buildings and monuments with slogans. A few protestors used sledgehammers to smash advertising signs and bus stops, while a squad of (mostly) female riot police used pepper spray to try to control the demonstration.