Guadalajara’s Midtown Mall – located on Avenida Lopez Mateos in Colonia Providencia, across from the American School – is well into its second year but is quickly trying to strip the Andares Mall of its mantle as the most dynamic of Guadalajara’s upscale commercial centers.

The open-air Midtown Mall is one of the city’s newest and most upscale commercial centers.

Adjoining the mall is the new contemporary Hilton Hotel Midtown, with 225 guest rooms, ten meetings rooms, a restaurant, open-air pool and other luxury amenities.  While the hotel appears mostly focused on business clients, reviews from visitors to the city for other reasons have been positive. 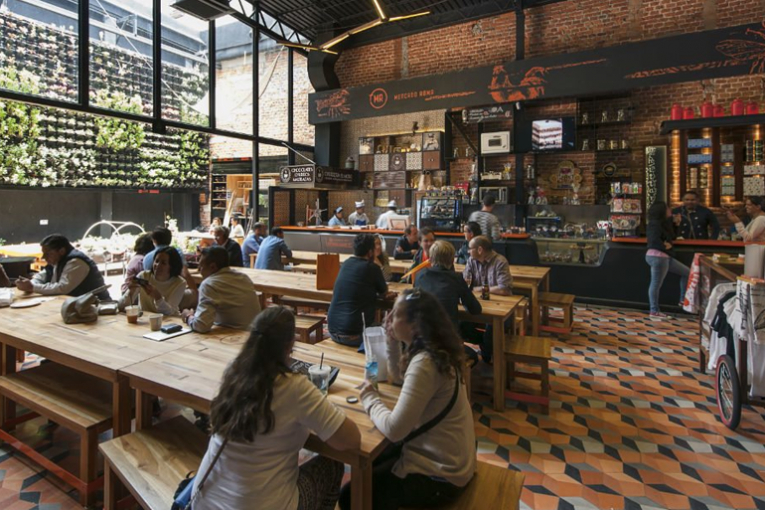 The mall’s Mercado Gourmet zone, which opened at the end of January, offers a more informal dining experience.

An addition to the mall at the end of January was the Mercado Gourmet zone, which features a range of independent, tasty eating and drinking options, including vendors of tacos, sushi, pastries, nuts, Caribbean food, poké, ice cream, coffee, and more.  This could be described as an upmarket food court, which  comes with its own games area, complete with ping pong and billiards tables. Although not yet full, this zone should prove popular with customers seeking a more informal eating experience. Outlets already set up here include Cafecho (coffee), La Bresca (arepas), Onigiri (sushi), Casa Poké, Belka (cookies), Celestino (tosatdas), and Coco Company (waffles).

The mall also has a Cinépolis VIP movie theater complex, with eight screens offering a super comfy viewing experience – but at a higher cost! 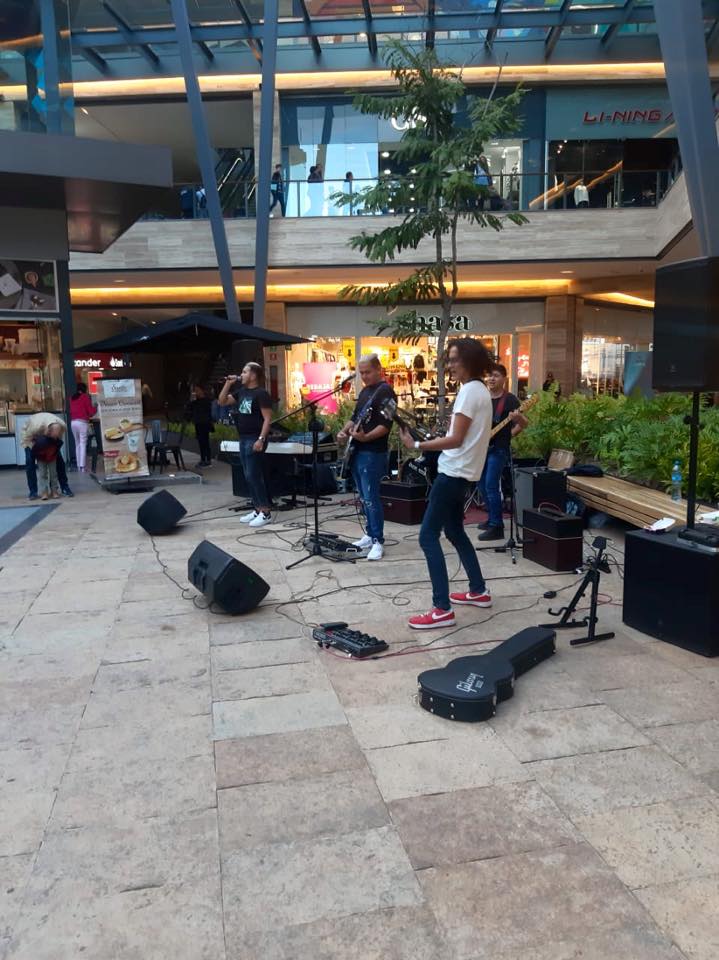 Musicians entertain the public most days of the week at 6 p.m.

Like upscale Andares, Midtown is now offering regular entertainment, not only to draw clients but keep them in the mall (and spending money!).  Musicians perform at 6 p.m. Thursday through Sunday (and occasionally on some other days of the week) in the mall’s spacious central courtyard, while free workshops (for kids and adults) are scheduled most Saturdays at 4 p.m.: cupcakes (February 8), wooden chests (February 15), painting piggy banks (February 29). This month, a chess tournament is planned on Sunday, February 16, 4 p.m. and children’s storytelling on Saturday, February 22, 4 p.m.