Telefonos de Mexico (Telmex), a “private” public service business with more of an eye toward profits than the public good, was following its customary policy of indifference to complaints from users this week and last when the beginning of summer rains left some 1,500 users without service, among them the Colony Reporter.

Service failed at this newspaper office Thursday of last week, and as of this Wednesday afternoon it has not been restored. Our deep apologies to all our friends and customers who have tried to reach us and failed. We have tried every tactic we know, all without results, to get our telephone fixed.

Telmex, rather than pay overtime to maintenance crews last weekend, followed the normal procedure of no work on Saturday and Sunday, and stilled angry subscribers by cutting off service to its “complaint” department.

The present outage follows months of worsening service in which lines have been dead for long stretches, dial tones have failed to function, lines have been crossed and static noises have interrupted calls once connected. Continuous complaints by both official bodies and private individuals have had little or no effect on the seemingly all-powerful monopolistic company to date.

Long-time Puerto Vallarta resident Lee Bridgeman and his wife, Flor, began living in a beach house in Sayulita some nine years ago and spending weekends at their Vallarta home for some night life. Lee began taking an interest in the local baseball team in that pueblo, to the extent that four years ago, he became its manager.

“When we first went there, they didn’t even have baseballs.  They just loved to play. Gradually we worked up a team and their success in competition has been phenomenal.

“Sayulita has about 900 residents but we are now playing teams from communities of 15,000. Two years ago we won the [Nayarit] state championship. One year we won 47 games and lost three.”

News of the club, called Jaibos de Pacifico, has spread. The team was invited to an all-expenses-paid trip to Southern California by Youth Enterprises of San Diego. They played eight exhibition games in San Diego and Los Angeles. Mayor Tom Bradley presented the team with the keys to the city, tickets to Disneyland, Sea World and baseball games of the San Diego Padres and Los Angeles Dodgers. 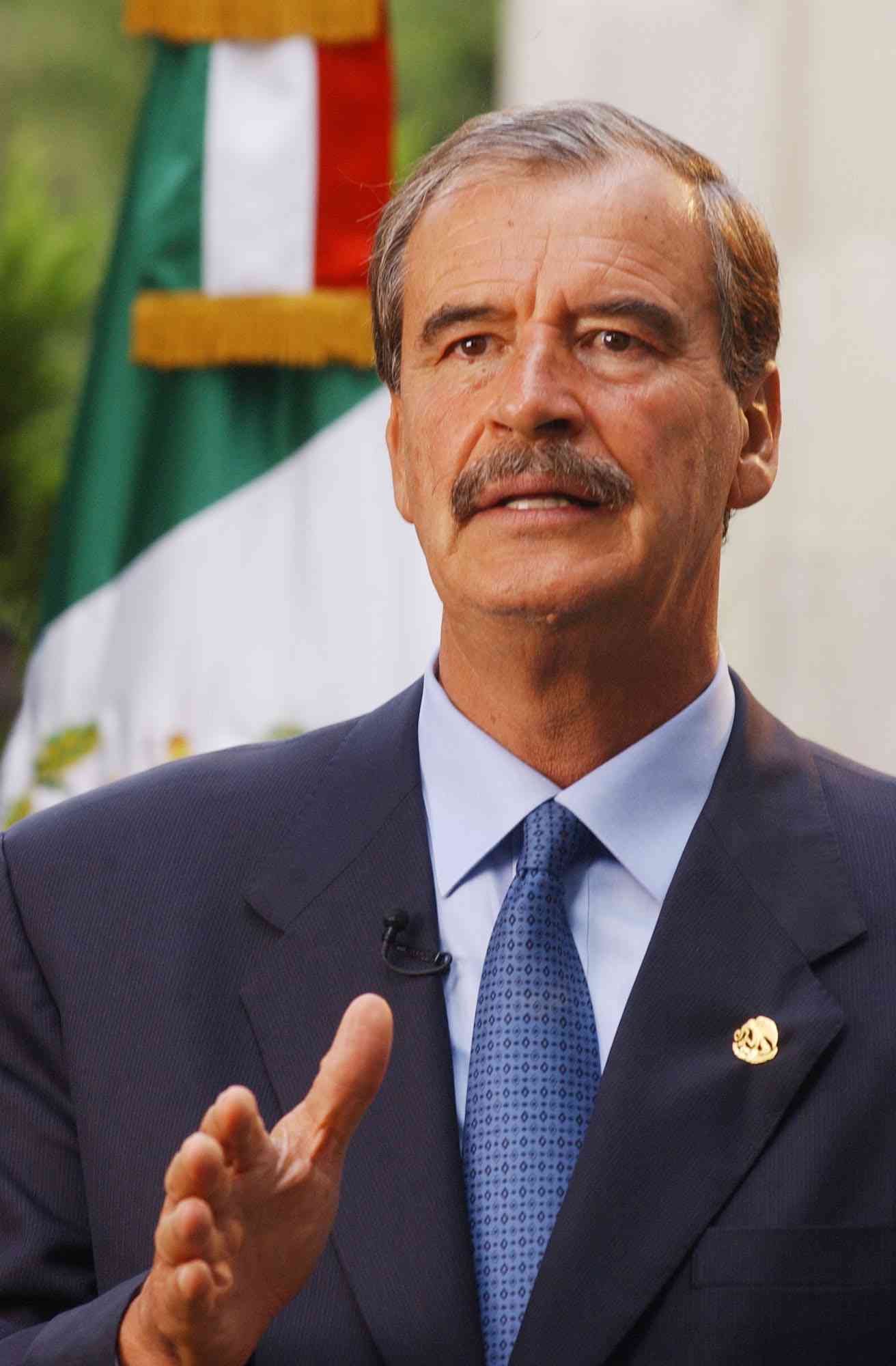 Lake Chapala American Legion Post Seven has designed a program to enhance its building fund. At the Mexico department convention in June, Post Seven was invited to send a delegation to the Texas State Convention in San Antonio this month. The goal of the delegation is to sell approximately 2,500 lottery tickets to the more than 3,000 Legionnaires attending the convention. Winner of the drawing held at the closing banquet will be awarded a ten-day all-expenses-paid vacation for two at the Real de Chapala including air travel, meals, excursions to various areas and a dinner with the Chapala mayor and the director of Jalisco’s Tourism department, which has supplied the delegates with a mass of promotional material.

Fox boots out the PRI

The historic, trouble-free election, which brought a high turnout of around 65 percent, was hailed by world leaders as a major step forward in the democratic transition of Mexico.

Although he triumphed by a clear-cut majority, Fox, of the National Action Party (PAN), won only 42.5 percent of the vote. Francisco Labastida of the PRI took 36.1 percent and Cuauhtemoc Cardenas of the PRD received 16.6 percent.

Observers reported few irregularities at the 113,000 polling places set up throughout the country. The only area of conflict was that more people than expected turned up to vote at special booths set up for Mexicans traveling outside their home area. By law these special polling places were only allotted 750 ballot slips each, leaving hundreds of people unable to vote. Many of them were Mexican citizens living in the United States who had traveled to border areas to cast their votes. 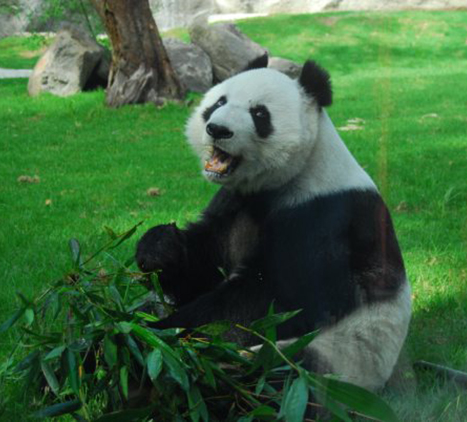 Chinese music played in the background as one dignitary explained how a distinguished, very charismatic guest has been brought to Guadalajara.

There was even a ribbon-cutting ceremony to greet the special visitor to its temporary new home.

But Shuan Shuan, the giant panda at the center of all the fuss, just chomped away on his bamboo shoot and stared back at the gawking eyes and photographers’ lenses with the nonchalance of a seasoned celebrity.

The Guadalajara Zoo has spent four million pesos to bring Shuan Shuan from Mexico City’s Chapultepec Zoo for the next six months.

Some 1,000 visitors flocked into the new panda pavilion on its first day open this week, adults paying 30 pesos for the privilege and children 15 pesos.

Once inside the Chinese-themed pavilion, visitors can spend more of their money on products ranging from cuddly toy pandas to panda keyrings, pillow and slippers.

The unveiling of Shuan Shuan was one of the biggest days in the 22-year history of the Guadalajara Zoo. Only 35 zoos outside of China house giant pandas in captivity and in the United States there are only four.