Supporters of Raúl Padilla, the president of the International Book Fair (FIL) and a key figure in the Universidad de Guadalajara (UdeG) hierarchy, have leaped to his defense after Mexican President Andrés Manuel López Obrador accused him of belonging to “a bloc of conservatives” that seeks to denigrate his administration. 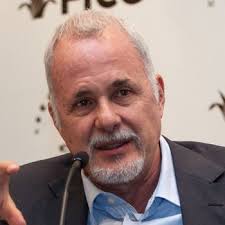 The president claimed recent editions of the FIL have targeted the federal government negatively.

López Obrador also called out Padilla for saying “books must be defended against populism,” a comment he made recently while accepting Spain’s  Princess of Asturias Award on behalf of the FIL. Mexico’s president has been fiercely criticized for railing against intellectuals, and has slashed federal funding for the arts and culture as part of the austerity measures taken to offset the effects of the coronavirus pandemic on the economy.

In a press release, the FIL countered that Padilla’s remarks were a reminder that “culture is an investment, never an expense,” adding that “the defense of professional cultural production and its worthy financing is the mission of cultural institutions.”