A Guadalajara bus driver has had his license revoked after a road rage incident that went viral on social media. 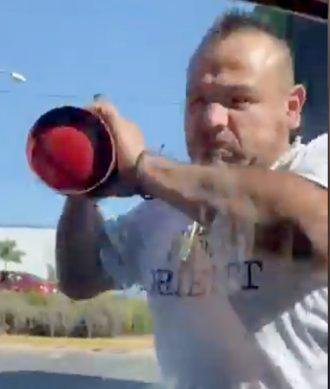 In the video, the bus driver could be seen getting out of his unit and remonstrating with the driver of an adjacent car.  He then went back to his bus, returning with a small fire extinguisher, which he then smashed into the side window of the car, shattering it completely. He continued to shout obscenities before walking back to his bus and driving off.

The reason for the road rage: the driver of the car had complained that the bus driver was throwing garbage from his window out on to the street.

The affected driver filed a complaint with the State Transportation Department, which quickly identified the aggressor and removed his bus from route T14B-C01 (formerly 50B). The agency said he will be banned from driving a public transport vehicle for life.